By SportsBanger (self media writer) | 1 month ago 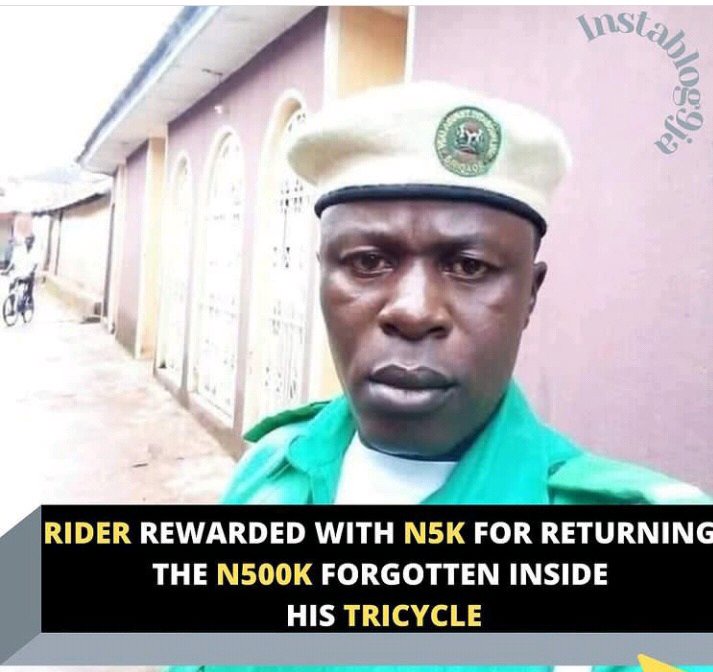 Photo of the tricycle rider. Culled from Instablog Naija.

1. The first lesson to learn after the tricycle rider got rewarded for returning a huge amount of money is that it's not good to take what doesn't belong to one. Through what the tricycle rider did, he has shown the world that being honest at all time pays. At least, in the end, he was compensated with a token no matter how little. Aside this, this man has already been known for something good by many Nigerians. I mean, he's made a positive history of himself.

From the foregoing, it has been established that what the tricycle rider did remains applauding because he has shown people that there are still honest souls out there. Although many people have been criticizing him for his generous act but it doesn't alter the fact that he's already made a good name of himself and his family.

As a reader, what do you have to say about the act of this generous tricycle rider?