By Mrkiel (self media writer) | 7 months ago 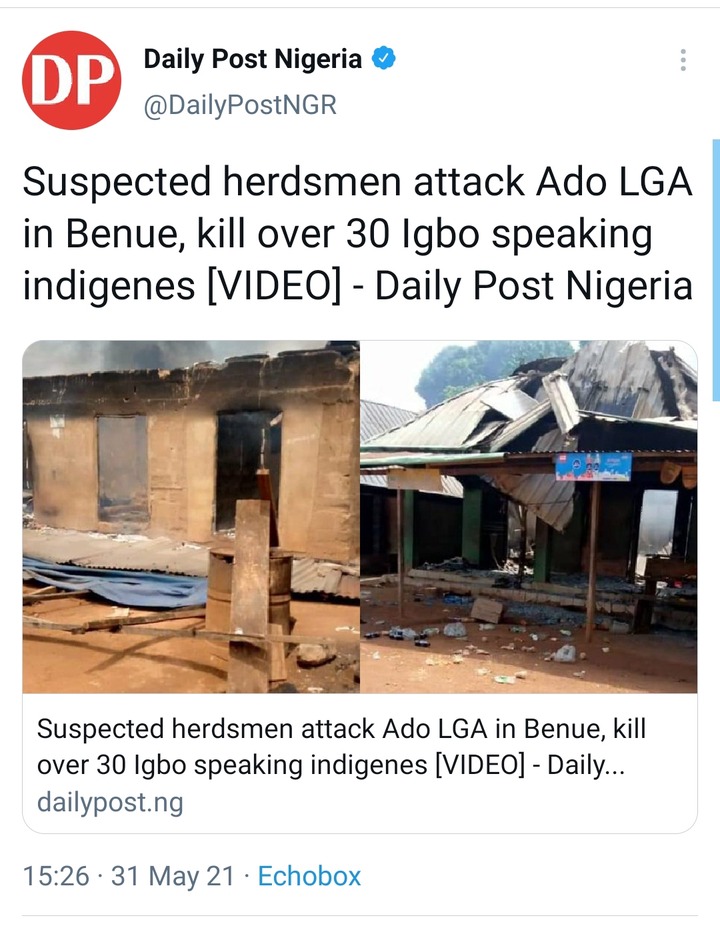 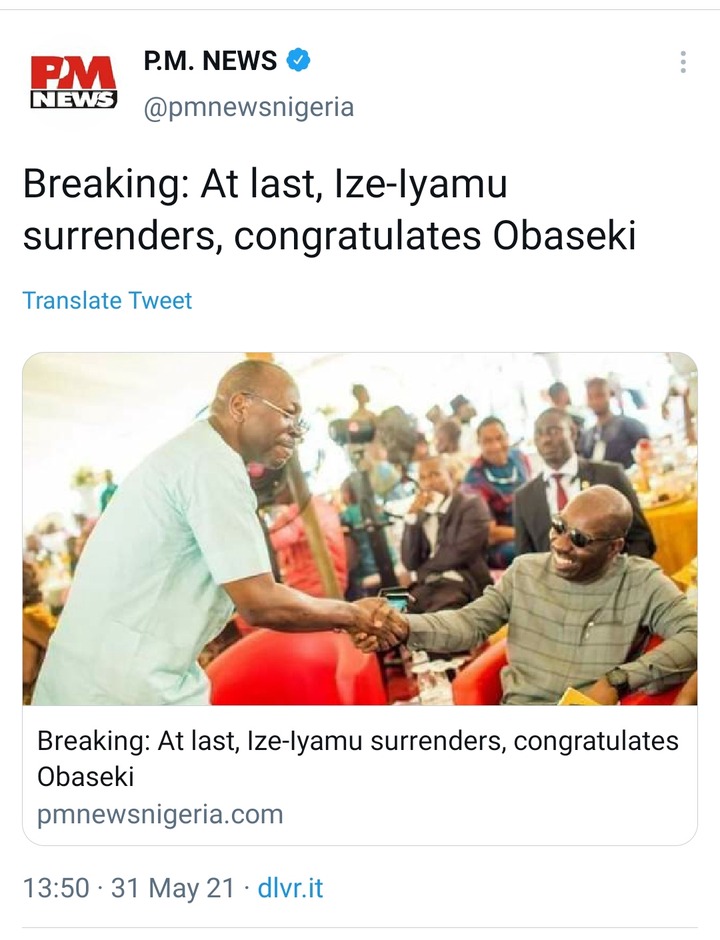 Candidate of the All Progressives Congress (APC), in the September 19, 2020 governorship election in Edo State, Pastor Osagie Ize-Iyamu, has congratulated the winner of the election, Governor Godwin Obaseki of the People’s Democratic Party (PDP).

Ize-Iyamu in a letter he addressed to Governor Obaseki, on Monday, also conceded defeat, having failed at every avenue to upturn the decision of the election petition tribunal, at the Appeal Court, and finally at the Supreme Court.

He, however, made passionate appeal to Governor Obaseki to kindly consider the case of the 14 lawmakers-elect who absconded from the House and refused to be sworn-in, following a disagreement over who should be elected Speaker 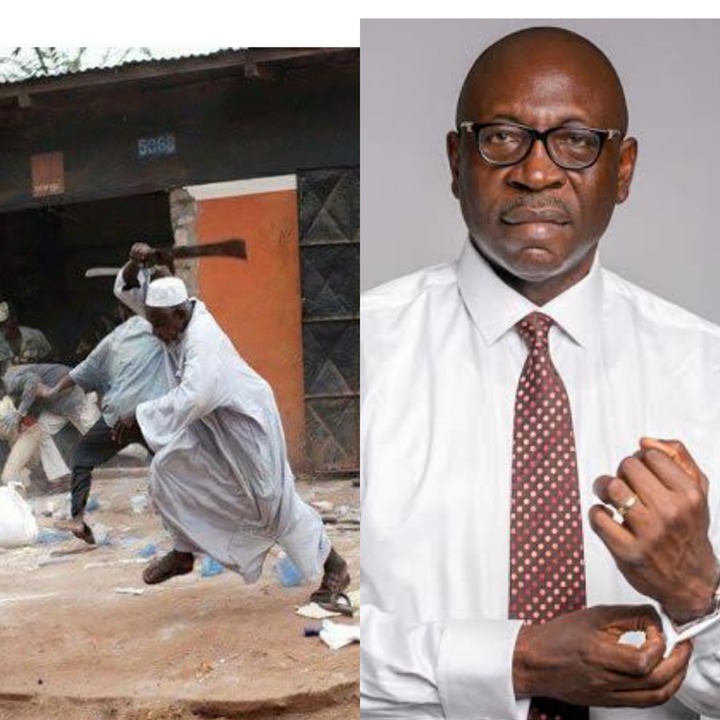 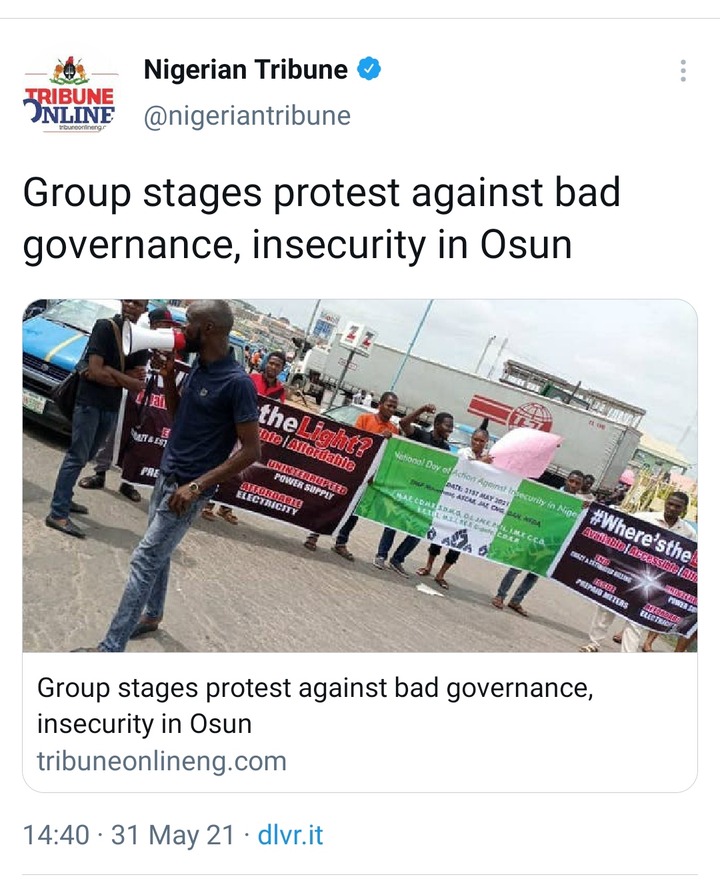 Members of the Osun state chapter of the Civil society organizations on Monday staged a peaceful protest in Osogbo, Osun state capital to register their grievances against bad governance and the spate of insecurity in the Country.

The protesters who converged at the Freedom Park at Old- garage area in the town as early as 9.00 a.m of the day, were armed with different inscriptions that read: ” We are tired of incessant insecurity in the country,” ” Enough is Enough on bad governance,” ” People could no more sleep with their two eyes closed.”