The Mother And Her 4 Kids That Died Yesterday, See The Little Mistake That Led To The Untimely Death

There is a saying that ‘little things are little things but they do matter a lot’. This implies that little mistake can cause a very big mess. A very sad and unfortunate incident happened yesterday which claimed the lives of a mother and her four children at the same time in Ilorin, Kwara State. The most painful part of the tragedy was that the cause of their death was just a simple but deadly mistake that took the lives of this mother and her four children. Please pay attention to what led to their untimely death in order to avoid such mistake. 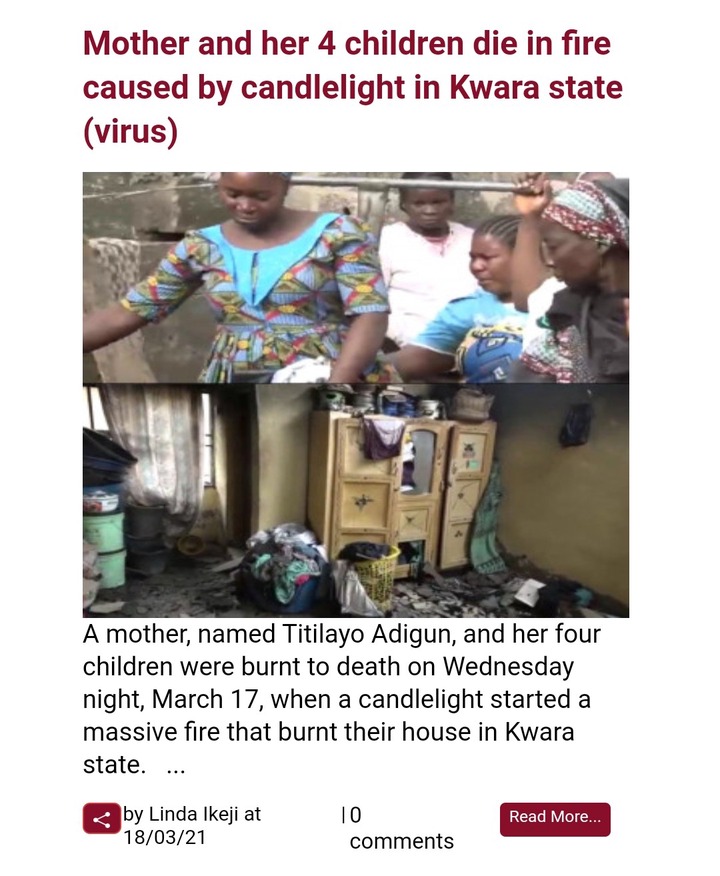 The incident happened in Kwara State. A mother whose name was identified as Titilayo Adigun and her five children were inside their house at Ifesowapo Community, Tanke, in Ilorin, Kwara State when an unfortunate incident happened last night. The family consists of five children and two parents but the father was not at home as at the time of the incident, he had gone out to get some things for his family.

It was gathered that there has been power outage in that area for a while now, so the residents have been devising several means to lighten their homes at night. On that fateful night, it was already late and everywhere was getting dark, so they decided to light a candle to provide lightness in their home. After they lit the candle, they fell asleep and unfortunately, the candle caught fire and triggered a massive fire in the entire house.

They had no idea what was happening. By the time, they woke from their sleep, the entire house was on fire and there was no way for them to get out. They were five in the house (including the mother) and of all them died from the fire except one child. By the time the landlord saw the fire, it has escalated and almost impossible to go inside to rescue the family but he risked his life, he went inside but he was only able to save one out of the five people in the house. He brought the child out and there was no way on earth he could have entered to save the rest of the family. They all died in the fire.

See aftermath of the fire 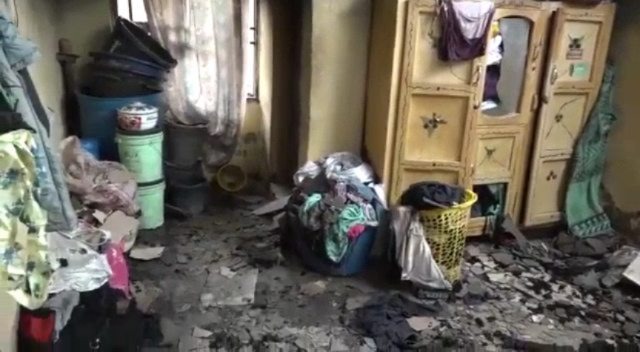 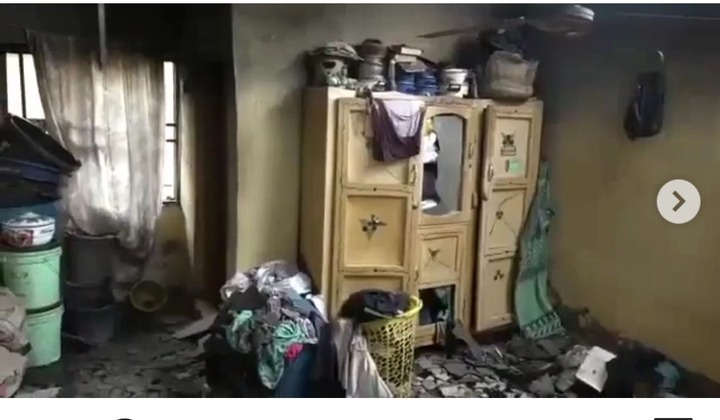 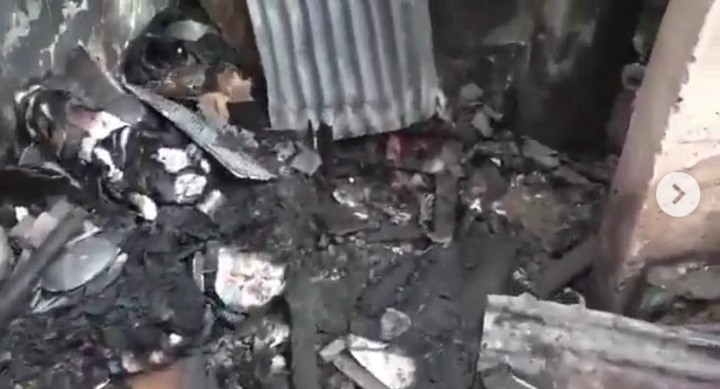 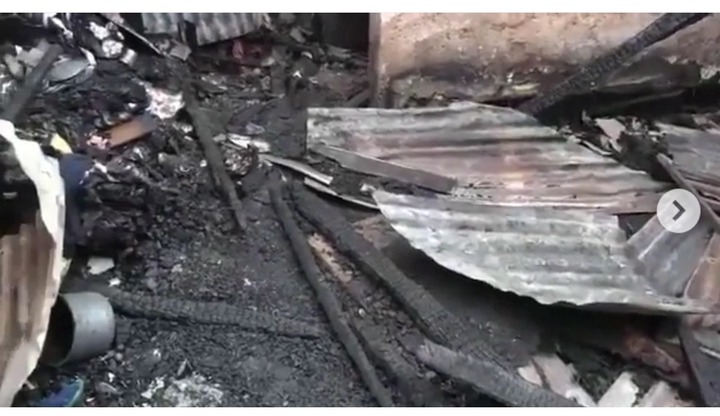 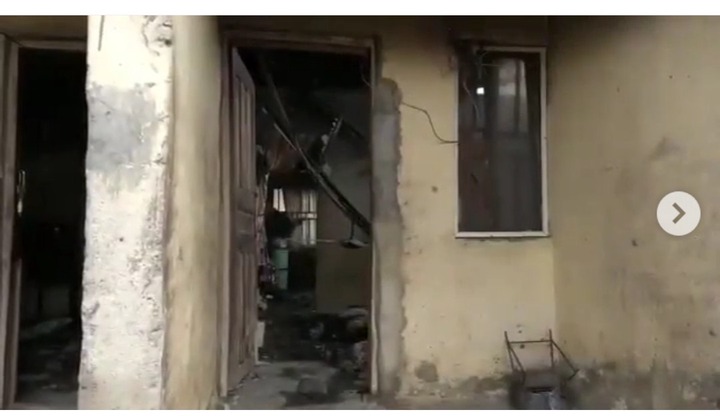 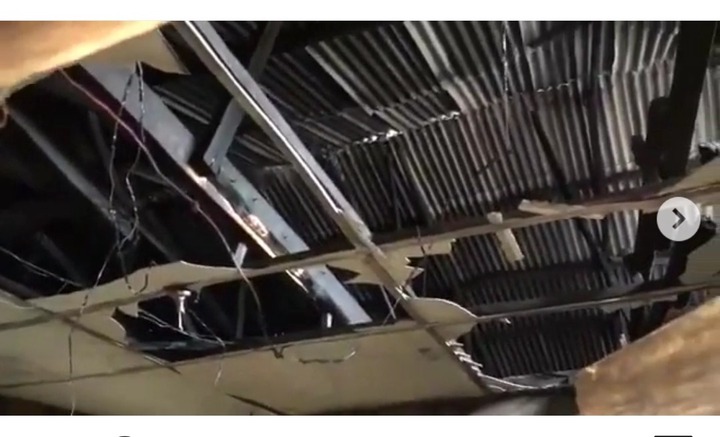 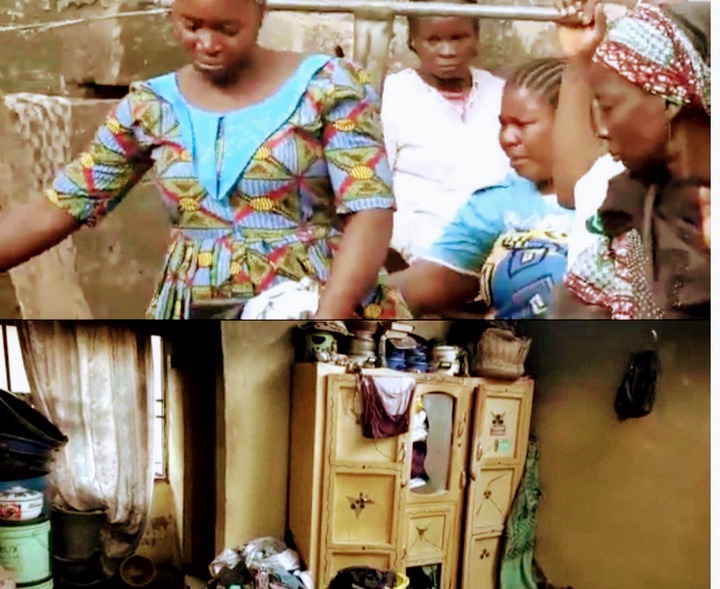 The landlord, Mr. Ibrahim Gana rescued the child and he was taken to the University of Ilorin Teaching Hospital (UITH) for treatment. He has been admitted but he is current condition has not yet been disclosed. We hope he survives the burnt.

It is so sad and unfortunate that 5 members of a family were consumed by fire in a night. It is a big loss and we pray that God will give the husband and the bereaved family the fortitude to bear this irreparable loss.