My Dad Tried To Kill Me, Cut Off My Legs Over Ownership Of My Late Mother's Land–Man Reveals

By Crossroads (self meida writer) | 1 months 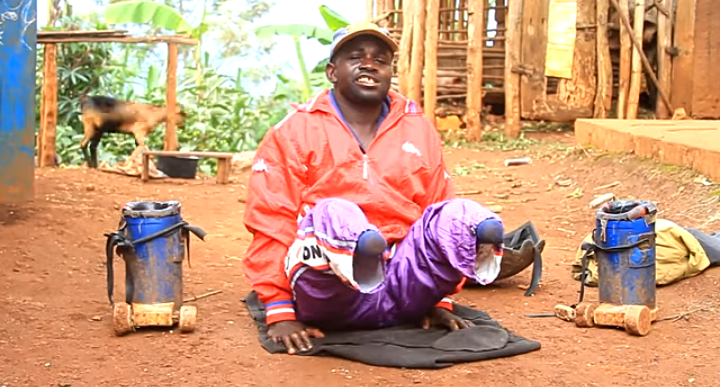 A guy identified as David in a viral video shared how his father cut off his legs over a land dispute and how had to create another means for him to move around.

According to the poor guy, he was born with his two legs intact and things were going on smoothly until his father was hell-bent on retrieving a land that his late mother betrothed to him.

David maintained that his father was desperate to take over the land from him came to his house one night and attacked him with a machete, cutting off his two legs in the process and even wanted to cut off his head but for the timely intervention of his wife who came out when she heard him cry out in pain and the father fled the scene.

He was rushed to the hospital and the doctors were able to stabilize him and so he survived the attack. But the news of h its survival wasn't received in good fate by the father who reportedly sent some persons to kill David.

David however had to run away to another town to escape the claws of death leaving his wife and children behind. He had to fix himself up with some artificial movement aid which will enable him to work and get money to send to his family back home. 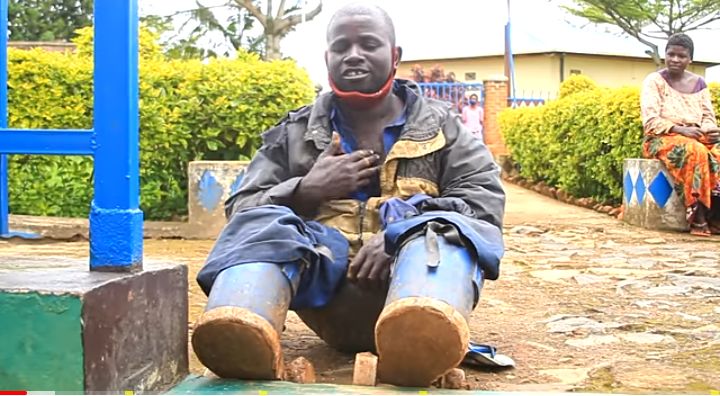 Content created and supplied by: Crossroads (via Opera News )

Outdoor bonnet is the new trend.