The Katsina State Command of the Nigerian Police Force has paraded an 18-year-old suspect, Al-Mustapha Kabir, for journeying into Katsina from a neighbouring country to supply litres of Premium Motor Spirit (PMS) to bandits in the state. The Public Relations Officer of the Command, Gambo Isah, narrated Kabir's modus operandi during an interview on AIT News. 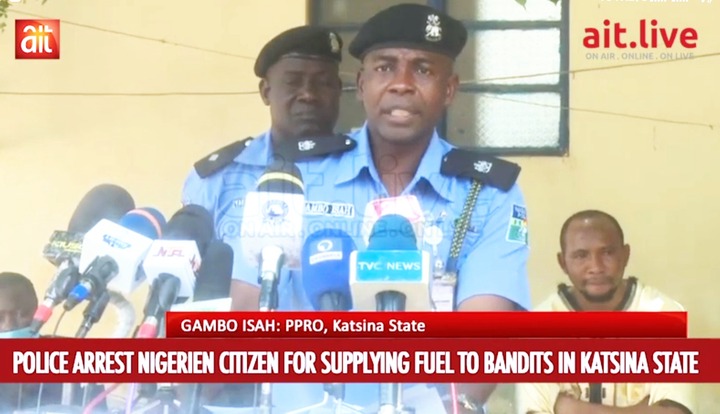 The Nigerian police force and other security agencies are not relenting in clamping down on bandits and their collaborators. You may recall that some states recently adopted new strategies towards curbing banditry in their respective areas. The development has since led to the arrest of some suspects in connection to banditry. Over the past weeks, security officers have arrested and paraded people who specialize in distributing supplies to bandits in the North. 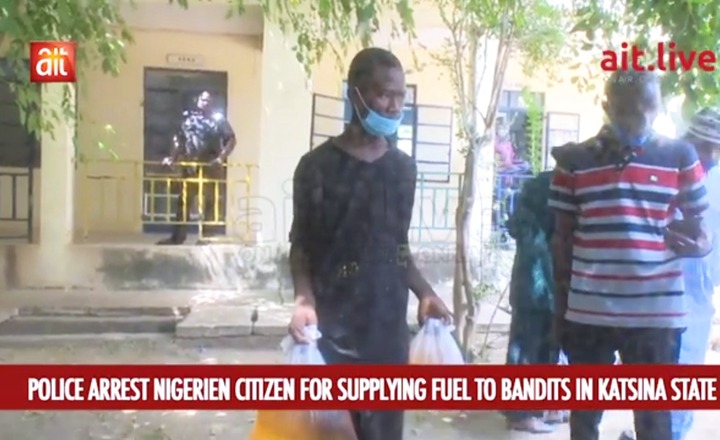 Speaking during the parade, Gambo Isah said, "We arrested Al-Mustapha Kabir, an 18-year-old suspect. Kabir specializes in travelling into Kastina to conspire with a motorcycle rider who buys petrol from various fuel stations in the state. The motorcyclist supplies the petrol to Kabir, and the petrol is stored in a polythene bag and a travelling bag." 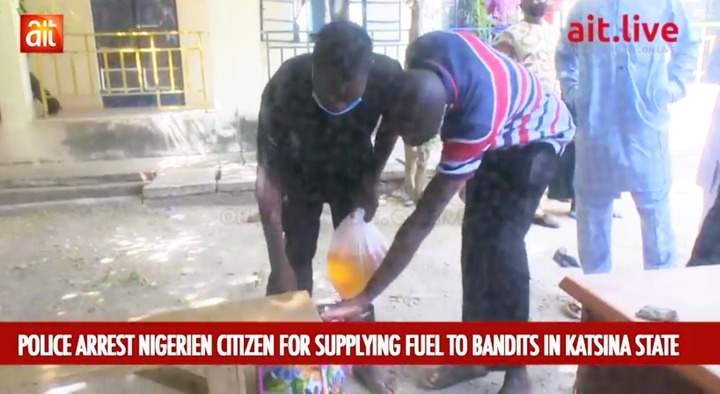 Narrating further, Gambo said, "Kabir stores the fuel in his travelling bag and pretends to be travelling back to his country of origin. Nemesis caught up with him, and we succeeded in arresting the suspect." 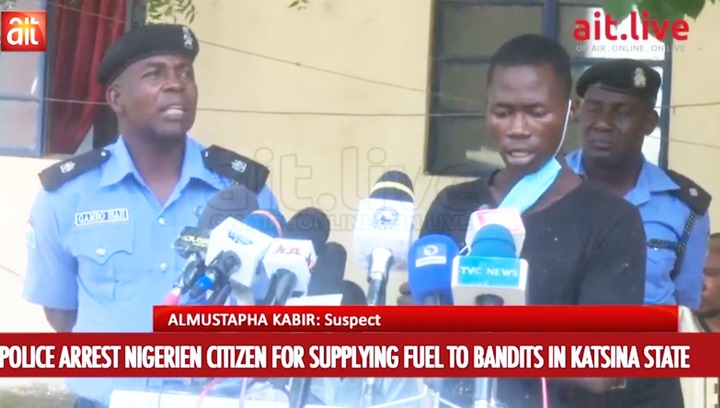 The police command revealed that Kabir was arrested by the Nigerian Army. He will be charged to court after investigation.