By Ojoseph (self meida writer) | 27 days 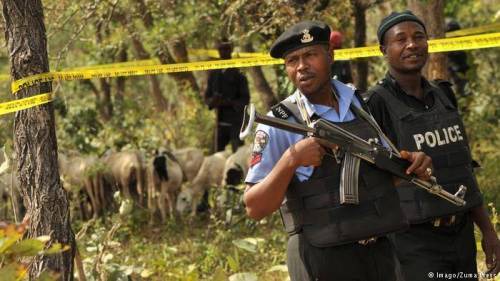 There has been controversies online as to the deployment of police to Imo state. Despite everything going on Imo state, the only thing that was done was the police being deployed to the area to guard Hausa settlement. This settlement is in Imo state and it's largely occupied by the Hausas. The place is called Ama Awusa, it's largely dominated by Hausa in Imo state.

Recently, there has been a lot of things going on in the state. A lot of atrocities being committed by some suspected gunmen. They attacked police station and after went to the correctional facility to release some inmates. Prior to this, some northerners had been killed in Imo state. To stop this, police were deployed to the area largely occupied by the Northerners.

They are deployed to that area to protect the Hausas. Shortly after this, alot of people had been reacting about it. Some are saying, this is not done for other tribes who are suffering in other states. They give more importance to the Northerners than any other tribes in Nigeria.

Content created and supplied by: Ojoseph (via Opera News )