By GistVillaNaija (self media writer) | 7 months ago Another suspected ritualist has been nabbed for allegedly killing and burying a 9-year-old girl in a shallow grave for money rituals in Kwara State.

The 25-year-old suspect, identified as Alade James, allegedly abducted the victim, Faith Samuel, and proceeded to kill and bury her for money rituals. The incident which occurred in the Onireke axis in the Offa Local Government Area of the state has sent shockwaves among residents in the town. 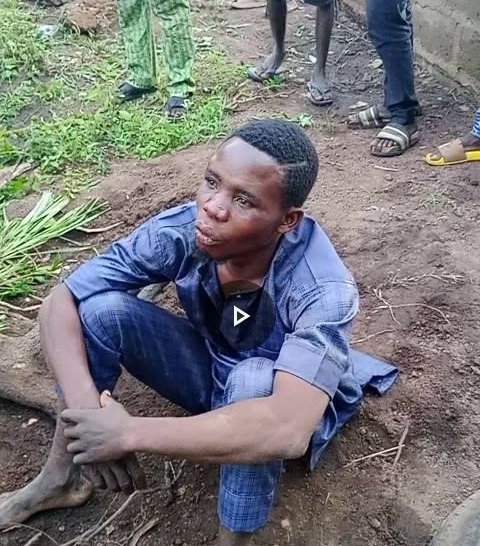 It was also gathered that James, who is a resident of Alawe Compound in Offa LGA, buried his victim with a single N1,000. Luck, however, ran out on the suspect when residents in the area uncovered the heinous crime and alerted security operative on Saturday, September 25.

After confessing to the crime, James led some residents and detectives to the shallow grave where 9-year-old Faith Samuel was buried. 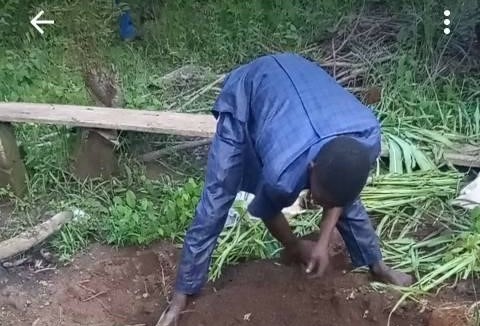 The suspect exhuming the corpse.

According to the Spokesman for the Kwara Police Command, SP Ajayi Okasanmi, the suspect disclosed that he killed the victim for money-making rituals. Okasanmi said that the Kwara State Commissioner of Police, CP Tuesday Assayomo has ordered that the suspect be charged to court after discreet investigations into the matter.

Meanwhile, the corpse of the victim has been exhumed and deposited in a morgue pending the conclusion of investigations.