A Brave Nigerian Soldier who name is AK Bala has been receiving congratulation messages for the brilliant move that the Soldier took to gain freedom from the kidnappers that kidnap him, which was realized by people. After numerous people have read how Officer AK Bala got away from the kidnappers cave, many people said that Officer AK Bala is in fact a brave Soldier who use the training given to him during camp to regain his freedom. The news came out through the Twitter page of S.K Usman, Former Army Spokesperson. 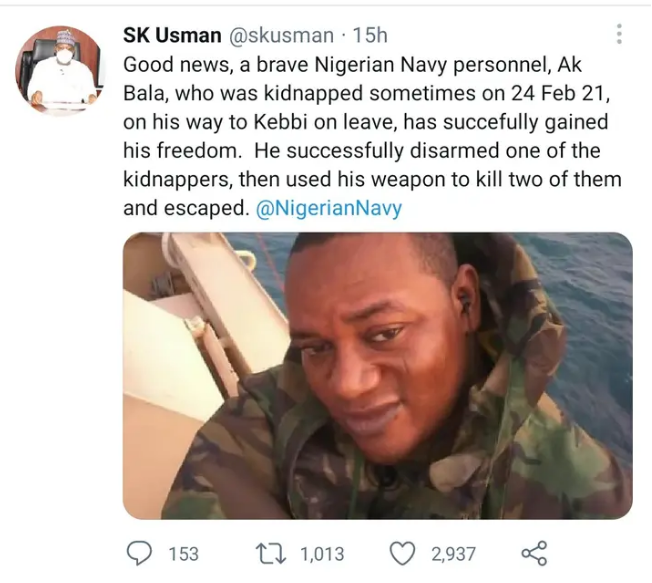 As we all know that kidnapping has gotten wild in this country. On the 24th of February, 2021, this soldier was kidnapped by unknown gunmen. The Soldier was said to be heading to Kebbi when he was on a leave where the criminals abducted him and kept him in an unknown location since all this while.

After some weeks the unknown gunmen abducted the soldier, Officer Bala contrived a way to escape from the kidnapper's cave. Well it may looks quiet impossible but being a well trained soldier, he applied one of the strategies that he learnt and it was a triumph. 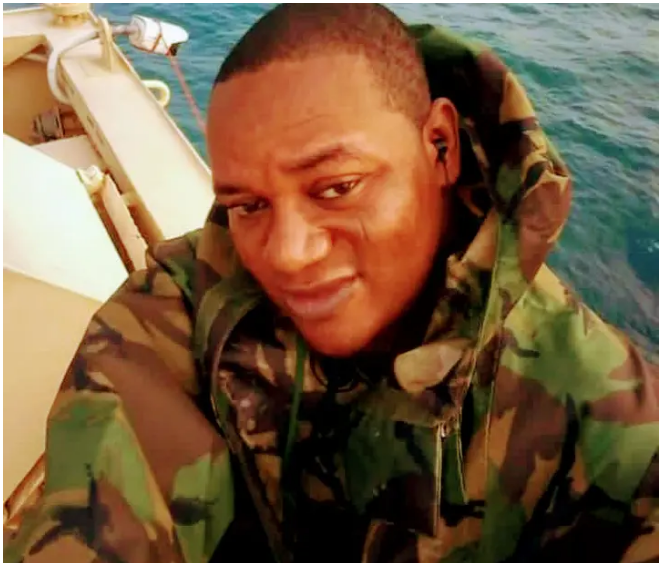 Regardless that the soldier had no weapon on him, he had the option to attack one of the kidnappers to disarm him and afterward recovered his weapon which he later used to kill two of the kidnappers and got away.

The soldier didn't have any weapon, so he stood by quietly until it was the right chance to attack, and when he discovered that the kidnappers were relaxing, he disarm one of them, retrieve his weapon, killed two of them with the weapon and escaped. 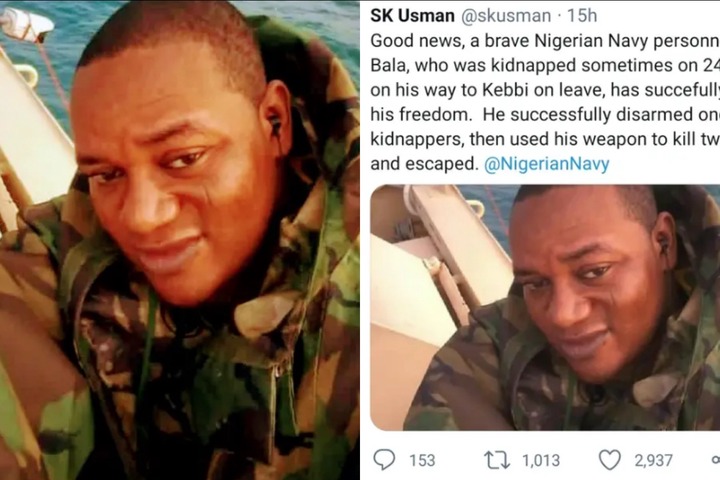 Content created and supplied by: OluYemi1345 (via Opera News )

Latest Ankara Blouse Designs For Fashionistas To Rock This Ramadan

Don Jazzy, Ayo and Others React as Alex Ekubo Announces When he will release His Wedding date

Two rap Queens, Cardi B and Nicki Minaj, who look better in Bikinis?