Demolition In Bariga And Akoka: A view of The Road Construction Along Bariga Towards Unilag Gate.

By OlowookereAO (self media writer) | 10 months ago

Infrastructural development is the beauty of every society. When it comes to maintenance, an average African society lacks that culture. This has over the years plagued the longevity of the lifespan of infrastructure development anywhere. The government has to embrace the nature of constant maintenance of social amenities everywhere to safeguard avoidable wastage in capital disbursement when it eventually degenerates into major repairs. Bariga and Akoka area of Lagos state are two significant environments reputed for educational institutions and information technology outfits. 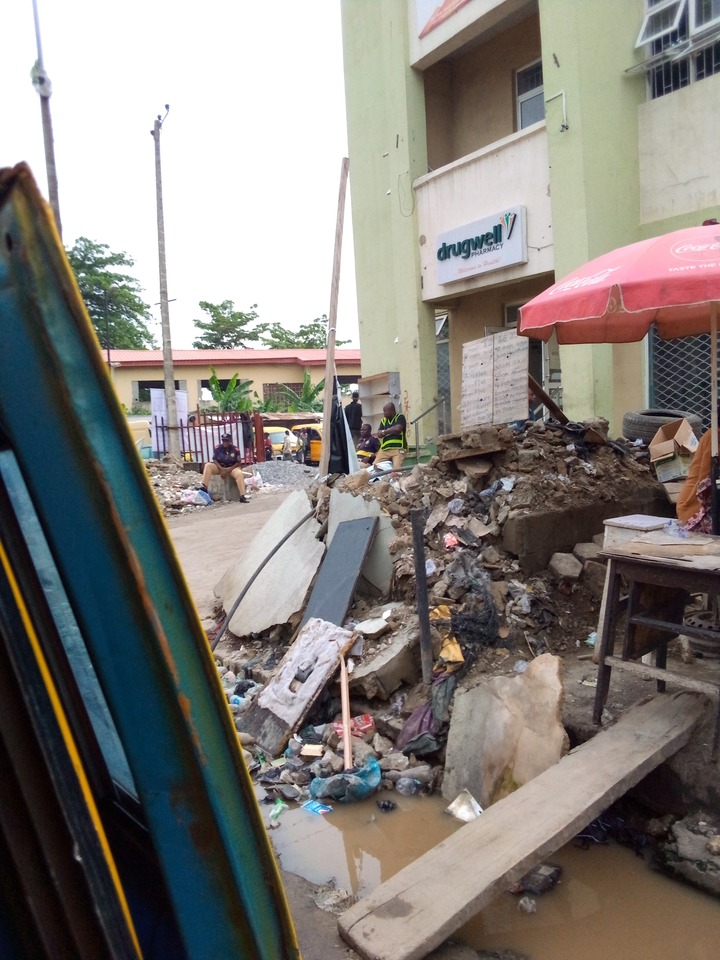 But, when it comes to ease of access via good road links, the reverse is the case. The government has started a laudable project in the sub mainland area of the Bariga area, from the Jagunmolu axis to Ilaje and Odunsi. This continues from Chemist in Akoka environs to St Finbaars road, Pako bus stop, Federal College of Technology, (TECH), to University of Lagos main gate. The road construction is ongoing with heavy demolitions everywhere. Spaces have to be harnessed for proper road space and network.

The Bariga main market has been besieged with heavy demolitions. The fence belonging to the new union bank building and car park were pulled down. Some lockup shops and roadside kiosks were broken up too, to give way for road expansion. 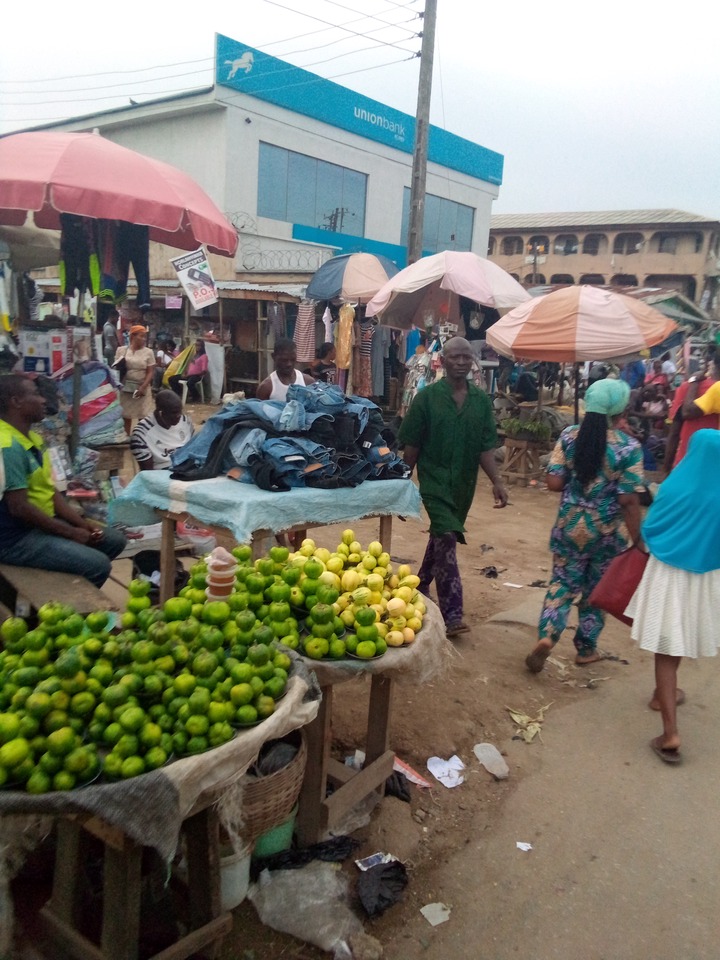 (The union bank fence has been pulled down: business continues despite heavy demolitions around Bariga main market)

Some banks along CMS grammar school road and Chemist bus stop suffered few demolitions, basically of their fences that extend to the tips of major gutters. A big masquerade tree at the entrance of Mountaintop Schools, along Grammar School road, was felled and the fences pulled down, to create broader room for the gutter. 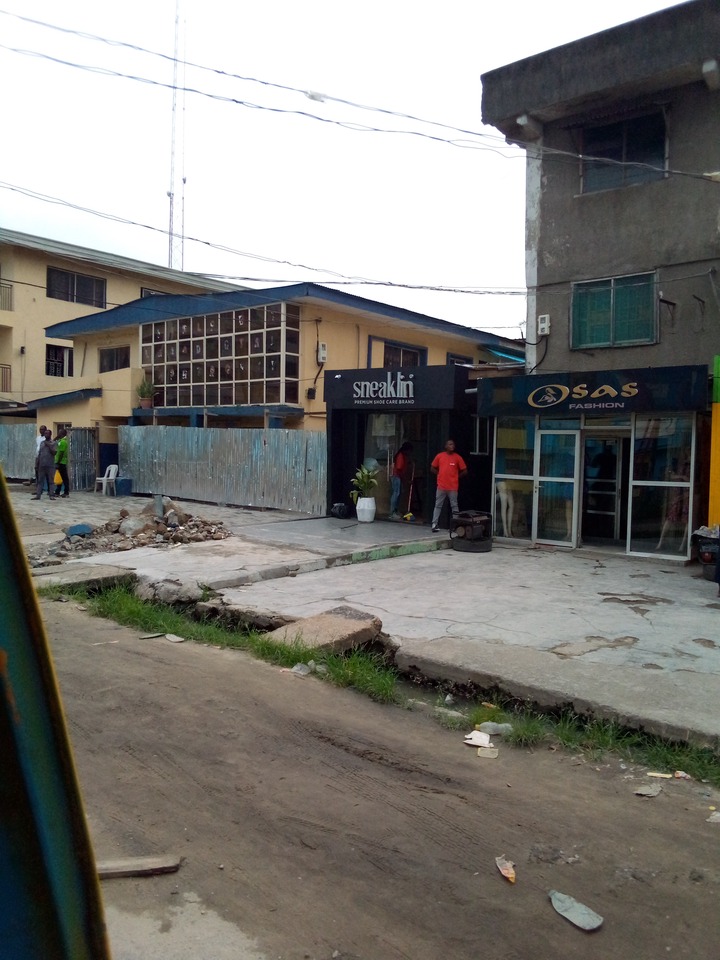 (The mountaintop school is painted purple and cream in the background. The felled masquerade tree has been moved off the scene, the fences have been pulled down to give room for drainage excavation)

The ATM of a mini-store by the right side, while coming from Bariga in Ilaje was pulled down. On the left, going towards CMS Grammar School was a bakery and some high-rise buildings with fences, extending towards the Ilaje road. Some lockup shops belonging to the Ilaje Police station were pulled down entirely.

The fences of some banks along the CMS Grammar School went down, all shops from the chemist Bus stop, right down to Pako Bus Stop in Akoka suffered heavy demolition, either partially or entirely pulled down. 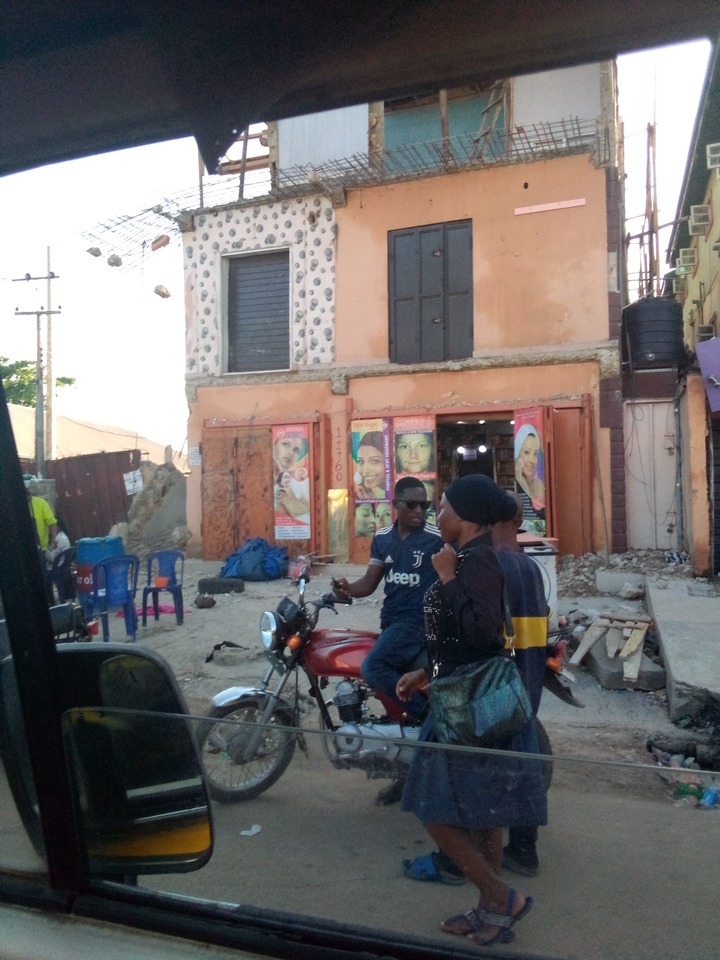 (A major business outlet in Pako Bus Stop Akoka. The frontal part is pulled down to give way for the road expansion)

The Marwa Park in front of the unilag main gate has since been moved back to the harnessed space by the left side of the MRS filling station.

The road project is large and would terminate exactly in front of the University of Lagos main Gate.

At the end of the road construction, the links from the Herbert Macaulay road, to University road and Sabo connections would be eased up without any major traffic that used to result from bad road connections from Unilag gate, down to Bariga.

At the end of the project, the Bariga and Akoka communities would so much elegant and hassle-free.

Few Pictures of The Construction: 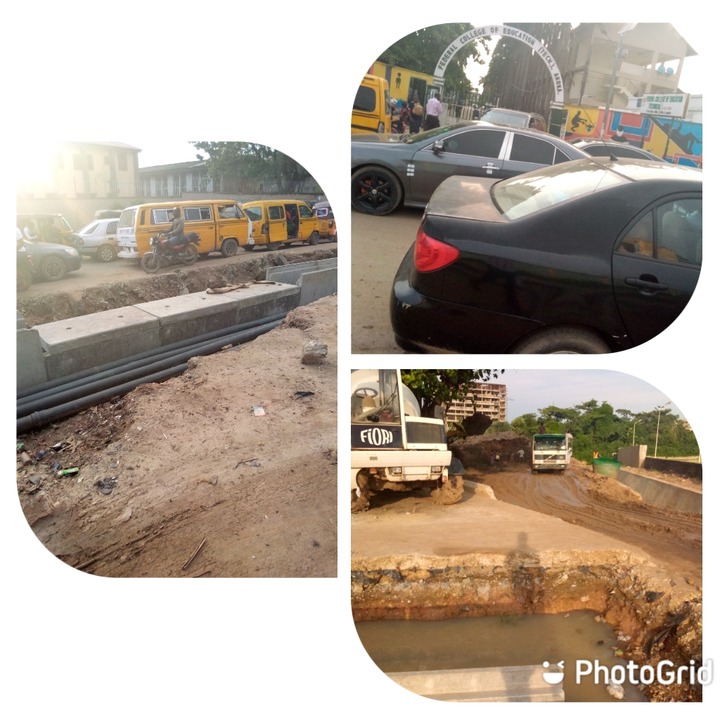 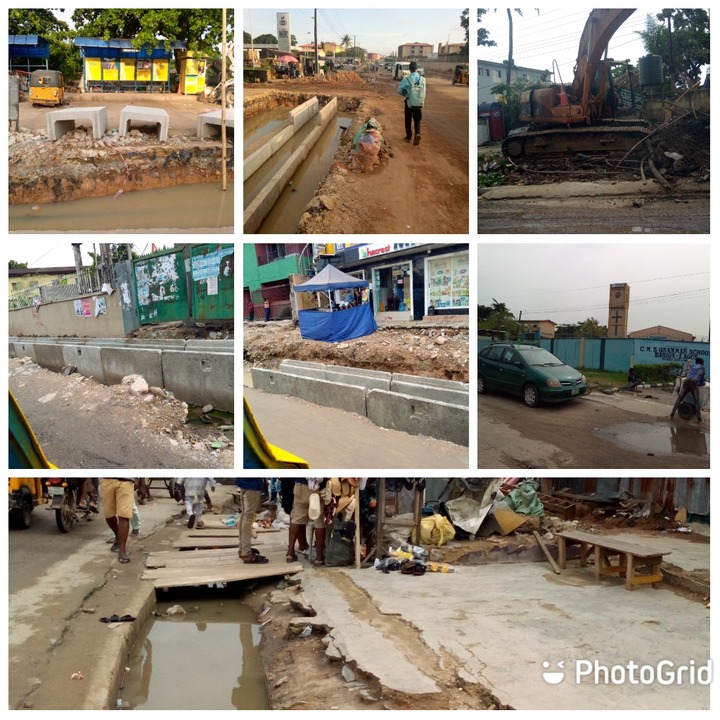 (A collage of pictures, displaying the construction) (The new Unilag bus stop, moved from the main gate) (Excavator, along the road)