By TurnerNews (self media writer) | 2 months ago

Many Nigerians, especially those who lived in Lagos in the late 1960s and early 1970s would never forget the day Ishola Oyenusi known by many as 'Doctor rob and Kill' was executed.

The notorious armed robber who became popular in the late 1960s terrorized and brutally murdered many people before his arrest and execution in 1971. 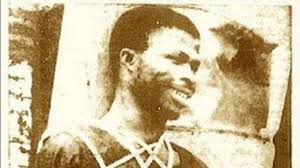 Ishola Oyenusi is regarded by some as the 'first decorated Armed robber kingpin' in Nigeria before Anini, Shina Rambo, and others. The notorious 'Dr. Ishola' was the leader of a notorious armed robbery group that specialized in robbing banks and houses, stores, and even factories.

According multiple news sources including the Punch, he was a merciless criminal who made sure to kill his victims. His dangerous and reckless acts of violence earned him the name 'Doctor rob and kill'.

Newspaper reports obtained at the National Archive, the University of Ibadan by Neusroom, stated that he got the 'Doctor' title from practicing as a fake doctor and administering illegal injections on patients.

According to Punch News, his first popular heist was snatching a car from a man who he later shot on the Herbert Macaulay road in Yaba, Lagos. It was reported that he was a romantic who sold the car for the price of £400 (Nigeria still used pounds at that time) and gave the money to his girlfriend.

Ishola Oyenusi went on to carry out many armed robbery heists and killed many people, leaving many Lagosians in terror as no one knew who would be his next victim.

He was so dangerous and feared by many and some even thought that bullets had no power against him. He was also a serial Jailbreaker who escaped several prisons in different states where he was held prisoner, according to records obtained by Neusroom.

However, the law soon caught up with him and he was apprehended by the police. On the 7th of May, 1971, Ishola Oyenusi was arrested by the police in Ibadan. 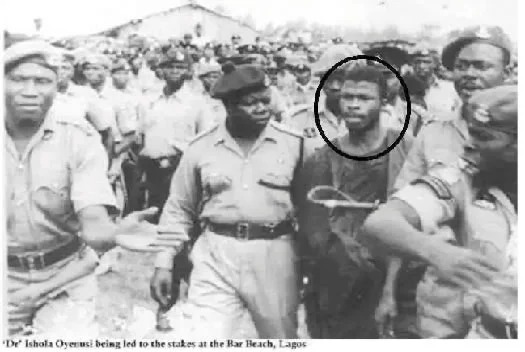 According to Neusroom, his last operation was on March 27, 1971 at the West Africa Household Utilities Manufacturing Company (Nig.) Limited (WAHUM) in Ikeja, Lagos where his gang stole N200,000 meant for workers’ salary.

Several reports including from the then assistant superintendent of police in Lagos, Abubakar Tsav, stated that Oyenusi was very rude and even threatened the police officer who was ushering him around after his arrest.

He was taken to court and sentenced to death by firing squad together with his gang members. 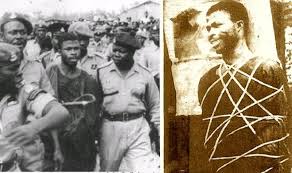 On the day of their execution (September 8, 1971), thousands of people were at Bar Beach (the place of his execution) to watch his death. They booed him and and were full of celebration as the man who had terrorized them for years would finally be executed.

The Armed robber kingpin tried to smile as he was dragged and tied to the stake where he was to he executed, as reporteds. 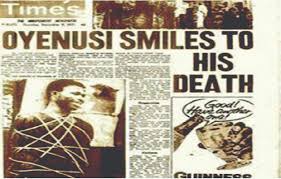 Ishola Oyenusi allegedly stated to news journalists before his death that he would not have become an armed robber if his parents had the money to sponsor his education.

A few minutes later, his body and those of his other gang members were riddled with military bullets. Many people were happy after he died, however, it didn't take long before other criminals like Anini, Shina Rambo who were much deadlier than Ishola rose and continued what Ishola Oyenusi started.