By Da_creative (self meida writer) | 1 months

This might look funny but it is really a serious issue! A man identified as 'One Minute Man on Twitter has cried out for help as a lady he had a night with allegedly stole his smartphone worth N170, 000. After he could not identity the location where the lady came from, he came online to launch manhunt for her whereabouts!

However, how both met was not disclosed not on time. But it suggested that the lady would have been a prostitute the guy just spotted probably online or by the roadside! However, as authoritatively gathered by the Vanguard Newspapers, the young man brought home the lady for the first time and robbed him of a large sum of money as well as his mobile phone! 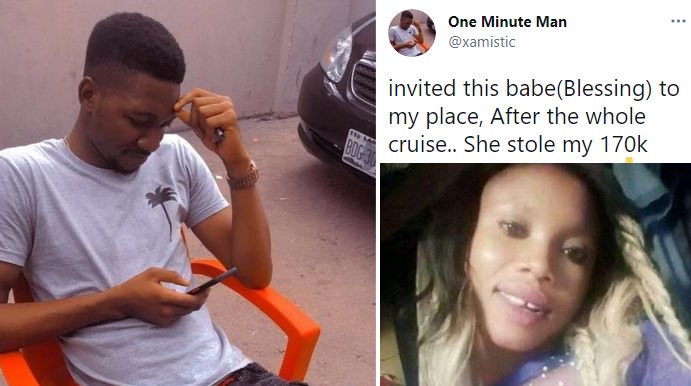 The true story was later revealed by a Twitter user (@xamistic) who happens to be the man's friend. He said he had met the young lady at his apartment and had a good time with her, only to wake up to find his N170k and Samsung Galaxy phone gone!

Hours after making the post, @xamistic revealed that the girl’s brother who is a soldier called him and said his sister told him that the young man was lying about what she stole. This is a clarion call and a strong warning for you guys out there to be careful with the girls you hang out with. 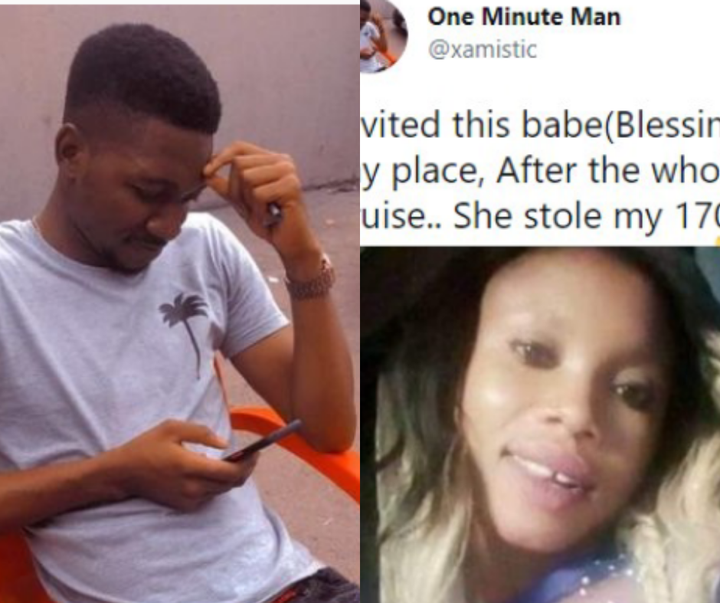 Nigerian Idol: It Is The End Of The Road For Dotun And Faith Mac As They Say Goodbye To The Show.

Are You A Married Woman? Upgrade Your Wardrobe With These Superior And Uncommon Outfits

“Thank you daddy,” Imade reacts to gift of the Dior bag Davido gave her for 6th birthday

Ladies, Look Hot And Classy With Any Of These Simple Hairstyles

For Ladies: Check out these 42 trendy hairstyles that you can make for this week

Weekly Hairstyles For Your Girls

Someone Bought Sim Card For 7000 Naira In Nigeria - Man Laments

Discover The Prophet's Reward In The Bible And How To Get Yours.