“We Used The Repentant Bandits To Rescue The Staff And Students”, Gov. Matawalle Says

By EENews (self media writer) | 8 months ago 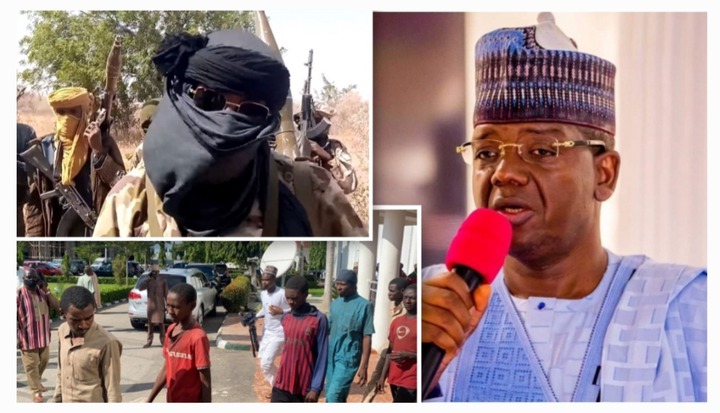 Governor Matawalle has opened up to how his administration strived for the release of 18 students and staff of the College of Agricultural and Animal Sciences Bakura. The governor said their release was through the dialogue they had with some repentant bandits.

In his words, “We used the dialogue through the repentant bandits and rescued this staff and students.”

While speaking after the release of the students and staff, the governor revealed that his administration has initiated peace and reconciliation as a way to solve security challenges in the state.

On August 16, bandits kidnapped some students and staff of the College of Agricultural and Animal Sciences in Bakura Local Government Area of the state. They were recently released by the bandits. 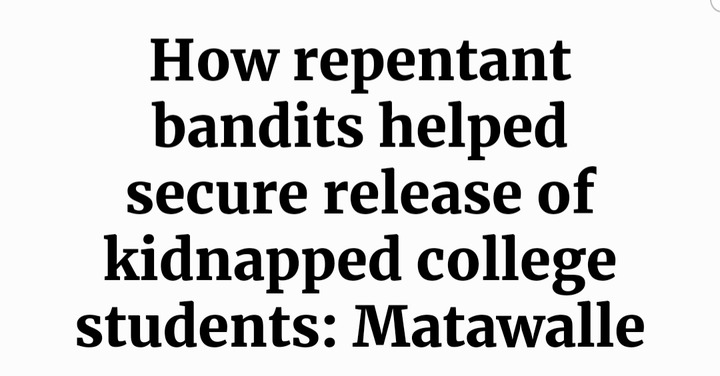 Ayuba Elkana, State Commissioner of Police while presenting the released victims to the governor on Friday also confirmed that their release was through dialogue initiated by the state government. However, the victims have been reunited with their families.

What can you say about the decision by the governor? Answer in the comment section.