By GistFrank (self meida writer) | 20 days

1) Army In Heavy Gun Battle With ESN At Nsukka.

Troops of the Nigerian Army are currently battling gunmen suspected to be operatives of the Eastern Security Network in Nsukka town of Enugu State. 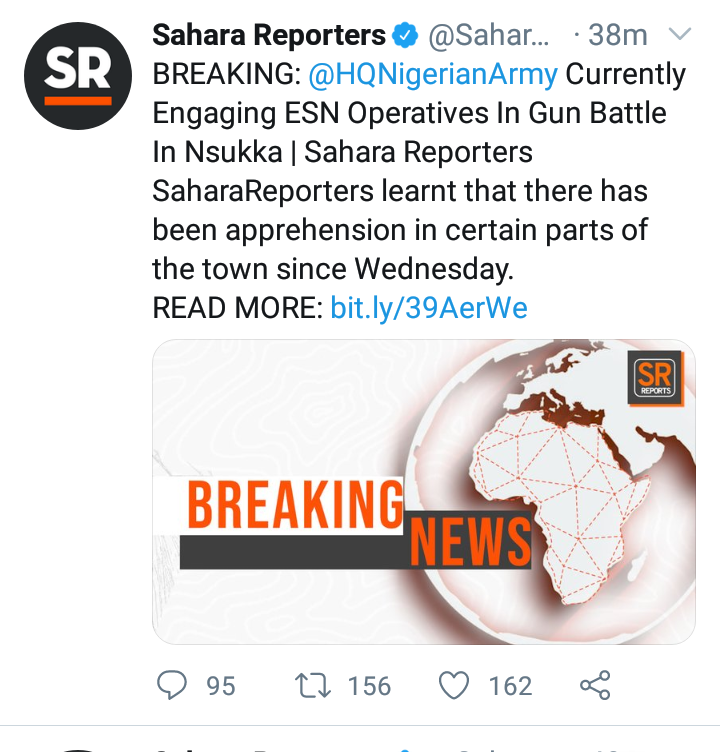 "SaharaReporters" learnt that there has been apprehension in certain parts of the town since Wednesday.

It was learnt that the military took the battle to suspected ESN operatives where they believed they were hiding.

A source in the area said there is tension while the gun battle rages on.

According to the source, many people have abandoned their houses and fled to neighbouring communities.

“Soldiers of the Nigerian Army are currently locked in a gun battle with ESN boys in Nsukka. They have been clashing since yesterday evening and some parts of the town are still tense. Heavy shooting presently going on,” he stated.

SaharaReporters had on Tuesday reported that eight persons were killed after Fulani herdsmen and operatives of the ESN had a violent clash in Adani area in the Uzo-Uwani Local Government Area of Enugu State.

Anambra State command of the Nigeria Police Force has announced that four additional suspects have been arrested in connection to the attack on Prof Chukwuma Soludo, on Wednesday. 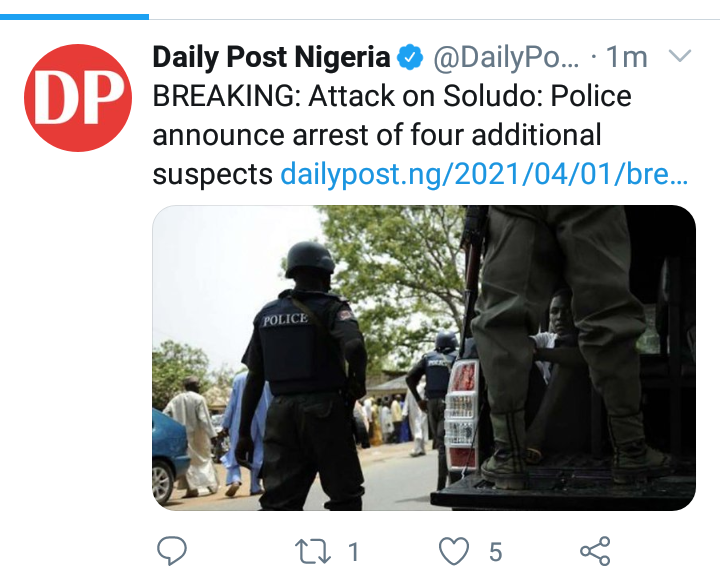 He said that the police Operatives attached to Anambra State Command today 1st April, 2021 arrested four (4) additional suspects in connection to the recent attack and gruesome murder of three (3)Policemen at Isuofia Civic Center in Aguata LGA of Anambra State.

Ikenga said efforts are still on going to apprehend other fleeing accomplices, to unravel the circumstances surrounding the incidence and bring perpetrators to book.

This was contained in a statement released on Thursday by the state government. 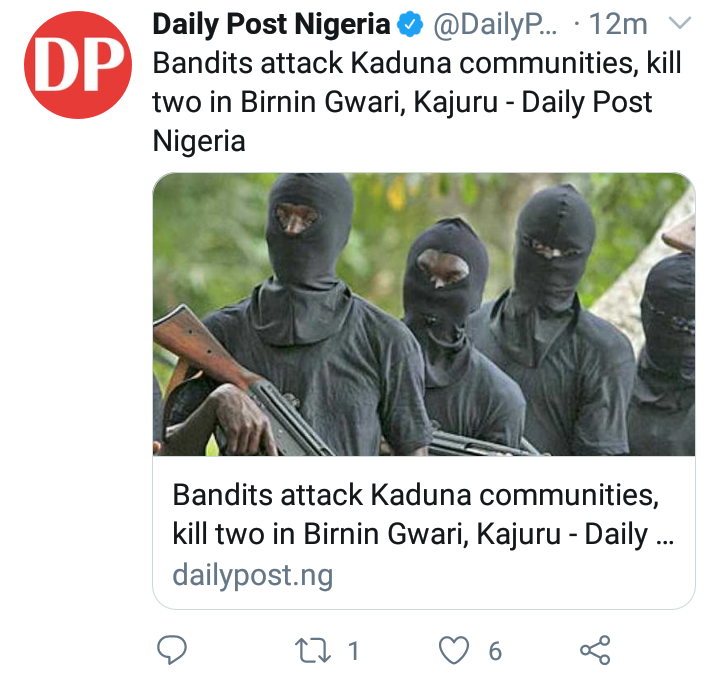 According to the statement, “Security agencies reported that armed bandits killed one Dayyabu Jafar, former Councillor of Gayam Ward, Birnin Gwari LGA. He was attacked and killed while working on his farm in Ungwan Fada, Birnin Gwari LGA.

According to the statement, Security agencies reported that armed bandits killed one Dayyabu Jafar, former Councillor of Gayam Ward, Birnin Gwari LGA. He was attacked and killed while working on his farm in Ungwan Fada, Birnin Gwari LGA.

Also, troops under the auspices of Operation Safe Haven (OPSH) have reported that a mob attacked some herders and their cattle along the Mabushi Cattle route in Zangon Kataf local government area.

In a separate incident, one other person, Yusuf Dallatu, was killed by bandits at Kasuwan Magani general area of Kajuru LGA.

So, what advice will you give to the government in Kaduna state over the numerous attacks by bandits?.

Photos: This New Cartoon About The Senate Move To Create A Database For Cows Has Sparked Reactions

Apostle Joshua Selman Reveals The Formula For Wealth And Abundance

Before You Fall Victim To A Phone Scam, Here Are 10 Ways To Spot One

Here are the qualities of the president that can solve Nigeria's problems in 2023.