Man beats his wife to death because of 2000 naira loan in Edo State.

By TheBusNews (self media writer) | 7 months ago 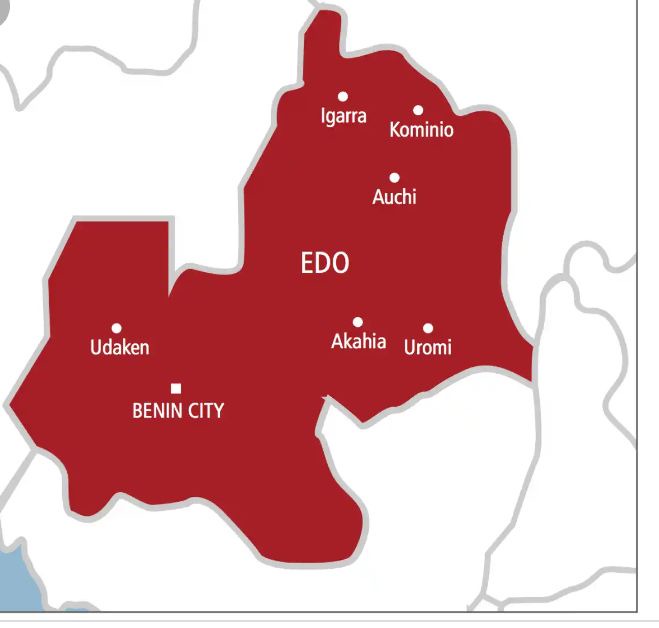 A 45 year old man, Mr. Christopher has been arrested by the Edo State Police command on Saturday evening for allegedly beating up his wife, Mrs Isoken Christopher to death because she didn't give him a loan of 2,000 naira on time.

According to the report gathered, Mr Christopher was about to run from his crime when he was apprehended by the police. The incident occured on Saturday night at Agbontaen street, uselu in Benin City.

One of the deceased son, Augustine, a 13 year old boy said his father who is a chain smoker and a worker of a waste disposal company in Benin, had always been beating his mother who was a business woman on every slight provocation but that night, he said his father had called his mother on phone to demand a sum of 2,000 naira from the money she made from a Burial but he ended up beating her because she didn't give it to him on time.

He further said, after the beating, he tried giving his mother a pain killer but his father collected it and threw it away while he consequently started another round of beating. In his words, he said “ I tried to give my mother paracetamol and drinking water after the initial beating but my father threw them away. She then went to bathe after which she lied down outside to rest a little before coming inside to sleep but my father locked us inside the room and resumed the beating of my weak mother outside. Neighbours later helped us (the three children) to open the door, only to see our dead mother on the ground. She was then rushed to two different hospitals in the neighbourhood where she was confirmed dead.”

Reacting to the incident, the State Police Public relations officer, SP Bello Kotongs confirmed the Incident and said the Suspect has been arrested and detained at the textile mill police station, Benin and would be transferred to the Edo Police Headquarters at the Government Reservation area for further investigation on Monday.

SP Bello Kotongs also added that the timely intervention of the police saved the man from being mobbed by the angry youths in the community.