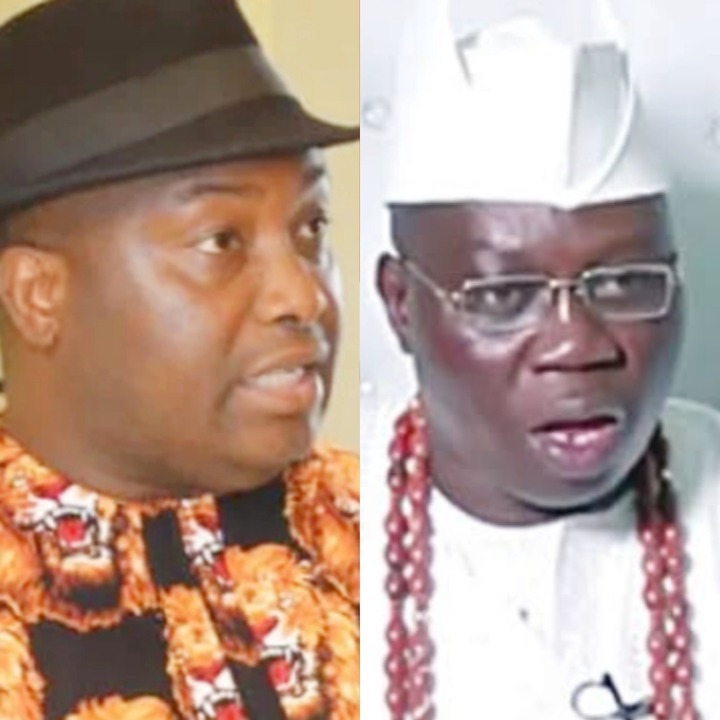 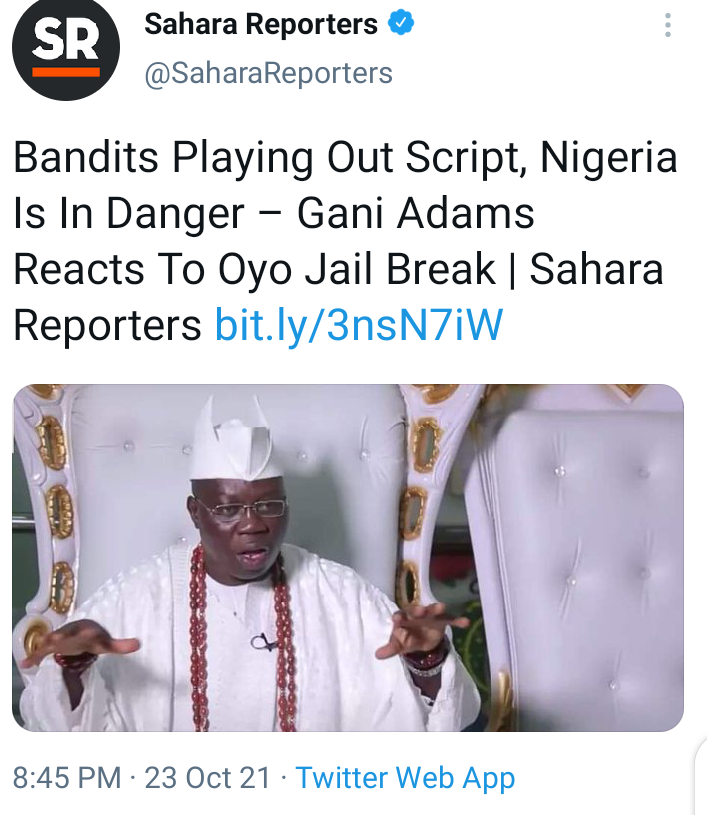 The Aare Ona Kankanfo of Yorubaland, Gani Adams, has condemned the attack on the Oyo State correctional facility.

Adams noted that the attack on the prison exposed the vulnerability of the correctional facility and the security agencies guarding it.

SaharaReporters had earlier today reported that the Abolongo facility in Oyo town was attacked by the gunmen on Friday evening.

The gunmen set all the prisoners at the facility free during the attack.

The attackers had stormed the facility at about 10pm, using grenades to gain access and set prisoners free.

Reacting, Adams, in a statement by his Special Assistant on Media, Mr. Kehinde Aderemi, said the invasion of Oyo town prison by bandits has exposed the poor security situation in the country.

According to him, the invasion was a national embarrassment, adding that Oyo State and the entire South-west has never experienced such an attack in a very long time. 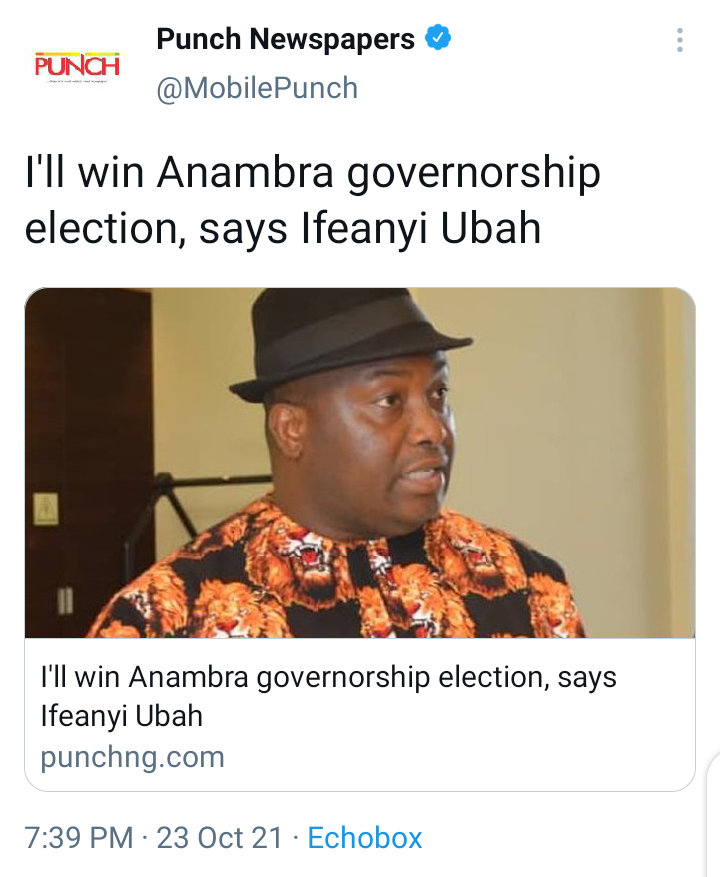 The candidate of the Young Progressives Party for the November 6 Governorship Election in Anambra State, Senator Ifeanyi Ubah, on Saturday, expressed optimism that he would be declared winner of the poll.

Ubah stated this in Abuja during an interview with journalists shortly after he was awarded Bachelor of Law degree at the Baze University.

The Senator who is currently representing Anambra South Senatorial District at the National Assembly, said the knowledge he acquired as a law graduate would assist him to offer quality governance as the state’s helmsman.

He said he was able to combine his academic works and legislative activities because he set his agenda and always ensure that his priorities were always right.

He described as propaganda and cheap politics, the comments by some co-contesters in the governorship election who were disparaging him based on his educational qualification.

He said, “Politics come with a lot of things and there is cheap propaganda in all what they are saying. 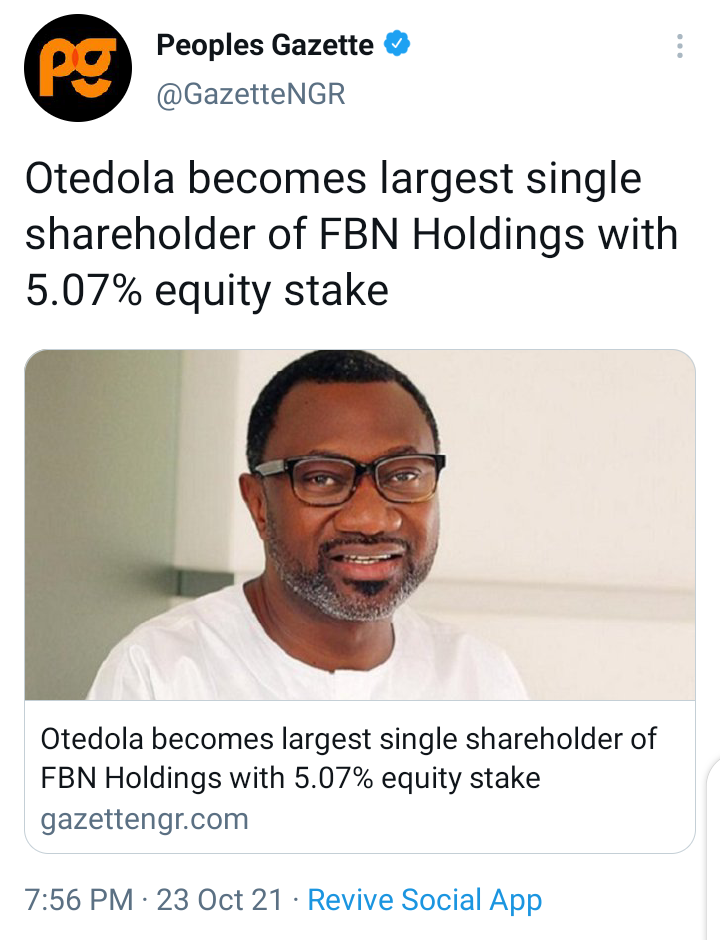 Barely 24 hours after denying notification of possible acquisition of shares by Femi Otedola, FBN Holdings (FBNH) Plc on Saturday confirmed the businessman has acquired 5.07 per cent equity stake in the company.

FBNH Company Secretary, Seye Kosoko, in another statement on Saturday posted on the Nigerian Exchange (NGX) Ltd. website affirmed that Mr Otedola and his nominee now own 5.07 per cent equity stake in the company.

“We refer to our communication to the market dated October 22, on the above subject wherein we stated that we would inform the public of any substantial acquisition, upon receipt of notification from the Shareholder.

“This morning, Oct. 23, 2021, FBN Holdings Plc received a notification from APT Securities and Funds Ltd, that their client, Mr Otedola Olufemi Peter and his nominee, Calvados Global Services Ltd have acquired a total of 1,818,551,625 units of shares from the company’s issued share capital of 35,895,292,791.

“Based on the foregoing, the equity stake of Mr Otedola Olufemi Peter and his nominee in the company is now 5.07 per cent,” said the statement.