Drug Abuse: The Raids In Lagos By NDLEA Operatives Should Serve As A Lesson To Other Drug Dealers

By Bigfoot_media (self media writer) | 1 month ago

The drug trafficking business is growing wider in different parts of the country. A lot of people especially youths engage in drug dealing and abuse which is illegal according to the Nigeria constitution.

The National Drug Law Enforcement Agency, NDLEA have been actively tracking and apprehending drug dealers and users. Their recent raids in Lagos should serve as a lesson to other drug dealers within the country. 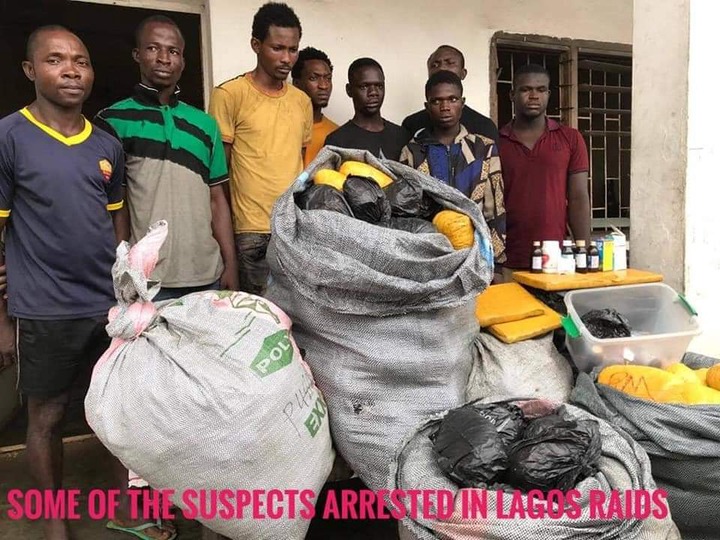 According to the Official Facebook page of NDLEA, over 663 people were arrested in Lagos and other states for involvement in the drug dealing business.

The NDLEA Operatives alongside 30 military soldiers were said to have raided 4 top drug joints in Lagos state and retrieved more than 2,463.876 kg weight of drugs which includes Cocaine, Heroin, Tramadol, Rohypnol and Cannabis.

The first raid was carried out at Akala in Mushin area of the state on Friday 15th of October, under the "Operating Still Waters" involving 70 NDLEA Operatives and 30 soldiers.

Some hours earlier, the NDLEA operatives raided Ojo area and Maryland in Lagos state, where 6 suspects were arrested and different quantities of drugs seized. 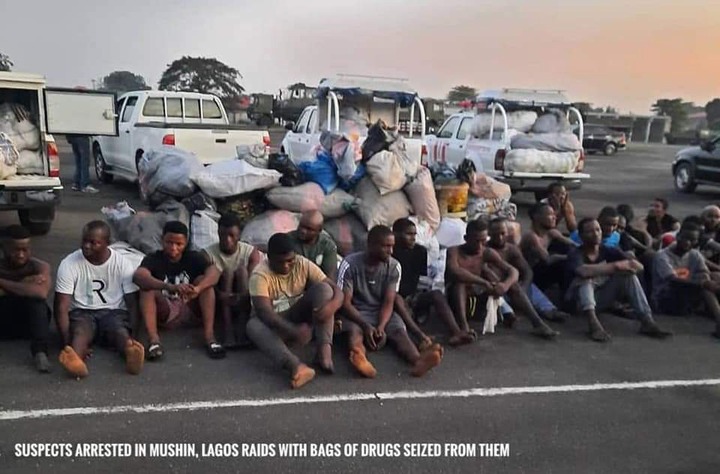 This followed another raid at Alhaji Lasisi street, Idioro, Mushin as well as Okota in Oshodi-Isolo area of the state during which 12 suspects were arrested and over 165 kg of assorted illicit drugs recovered.

The NDLEA have shown that there is no room for any criminal activities in the country. Just like how the EFCC are busy tackling cybercrime and corruption, the NDLEA are also working relentlessly to tackle drug dealers and users.

This should serve as a warning to other drug traffickers in the country. These drugs are harmful to people even though it makes the user feel relaxed, it does severe damages to the body systems. Making money from selling harmful substances is the same as being an accomplice to the health implications of a person.