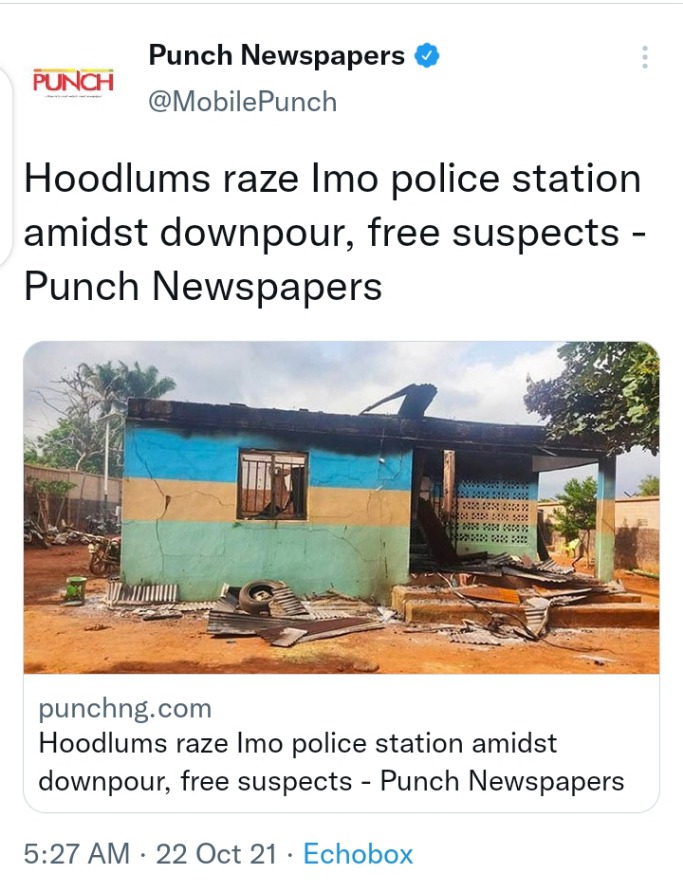 The hoodlums, who also set detained suspects free, struck amidst a downpour.

The attackers, armed with explosives, reportedly struck around 7 p.m.

PUNCH Metro recalls that on March 19, some gunmen set fire to the same police division.

Aside from releasing detained suspects, the attackers kidnapped one of the female cops on duty.

The hoodlums also kidnapped Chima Anwuru, the President General of the Luwe Nneri autonomous community and a legal practitioner who owned a pharmacy shop in the state's Ihitte Uboma Local Government Area.

On arrival on Thursday, the hoodlums reportedly opened fire on the divisional headquarters before setting it on fire.

The officers on duty were said to have fled because the attackers were having a field day.

The hoodlums shot repeatedly at the police station, according to a local who did not want to be identified.

Mike Abattam, the state Police Public Relations Officer, had yet to confirm the attack.

However, a senior official confirmed the incident and stated that the authorities had begun an investigation.

No less than four suspected members of the Indigenous Peoples of Biafra was killed in Arochukwu, Abia State, on Thursday following the group’s sit-at-home order. 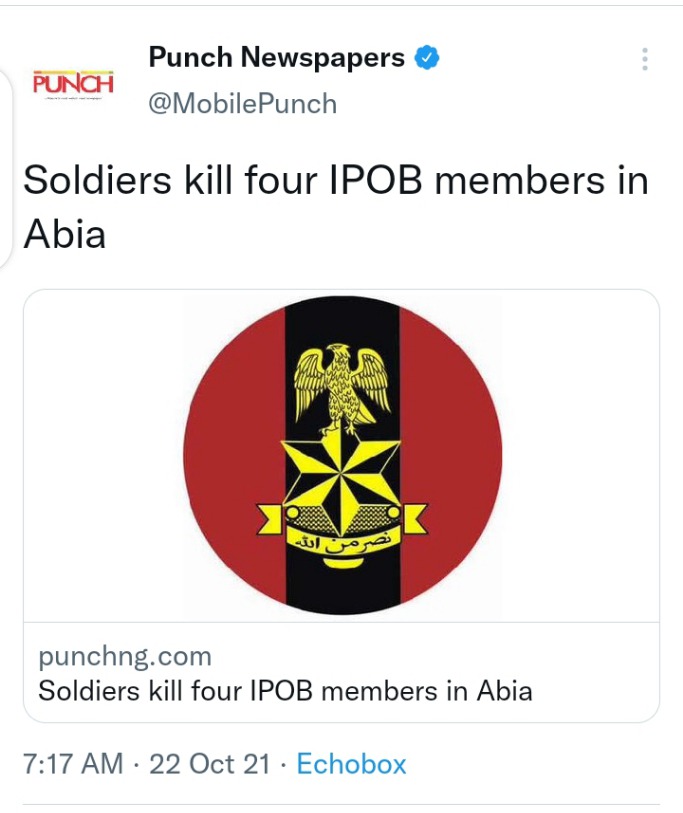 According to an army source, IPOB members were harassing people and later attacking an army troop while armed with guns and cutlasses.

"As a result, the troop had to engage them and, in the process, neutralize some of them," said the source.

However, according to another source in Arochukwu, some youths were following a large crowd of IPOB members when the army ordered them to return, but the youths disobeyed the order.

According to the source, this resulted in an altercation between the youths and the troop, who then shot at the youths, killing some of them.

The Abia State police command confirmed the incident in a statement by the state's Commissioner of Police, CP Janet Agbede, who stated that members of the group numbering about 50 had attacked the soldiers with guns and machetes, and that some of them were killed by soldiers on guard at First Bank Arochukwu. 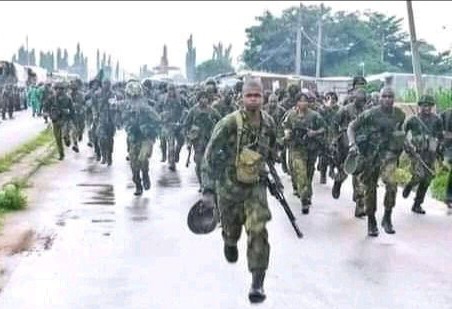 Former presidential candidate of the Peoples Democratic Party, PDP, Atiku Abubakar, has highlighted the kind of leadership Nigeria needs ahead of 2023 elections. 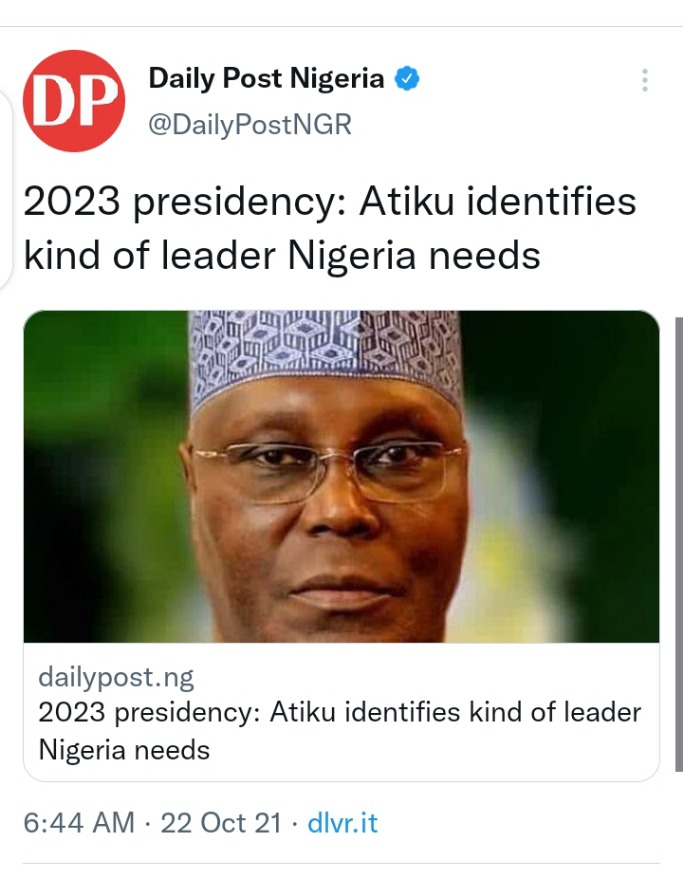 According to Atiku, Nigeria requires a leader who can bring the country together.

The former Vice President expressed hope that the country would thrive under a leadership that would unite the country and promote peace.

He spoke at the 70th birthday lecture of Engr. Raymond Aleogho Dokpesi, with the theme: “Technology: A Missing Link in Nigeria’s Development,” on Thursday.

Atiku stressed that Nigeria needs a leader that can restructure the country and reform the economy.

The federal government has announced the killing of Malam Bako, a leader of Islamic State’s West Africa Province (ISWAP). 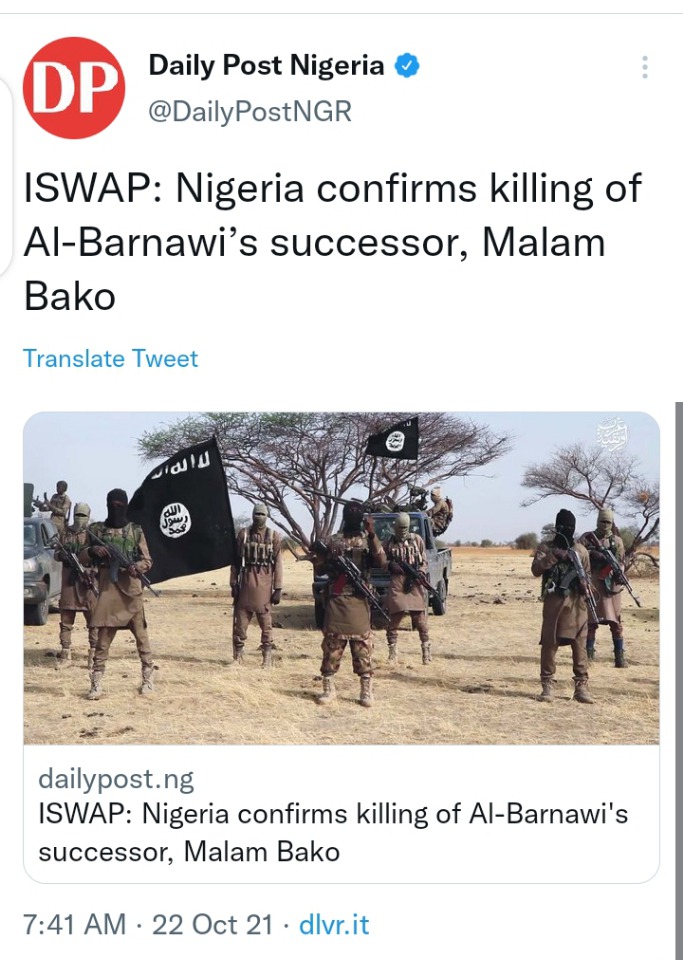