Four repentant bandit leaders in Katsina State on Thursday gave up an arms catchment that can arm a small Military force to the teeth. 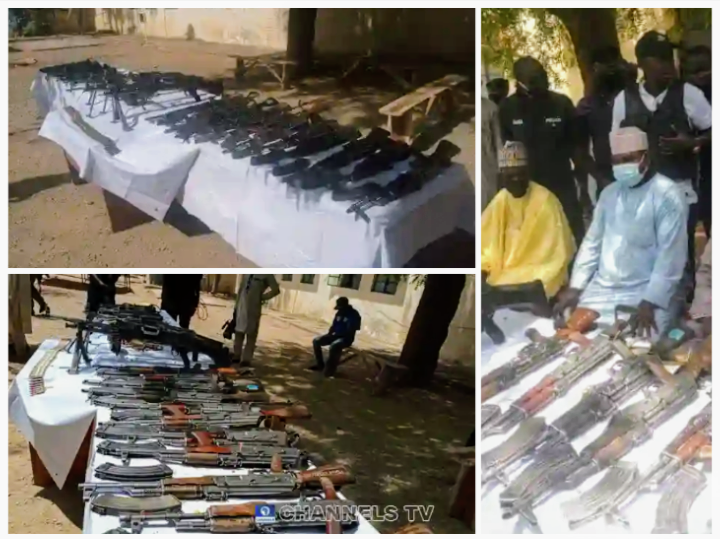 The bandit leaders, according to the State Commissioner of Police, CP, Sanusi Buba, voluntarily surrendered to security agents.

According to him, the bandit leaders after surrendering gave up sophisticated weapons including, Two (2) General Purpose Machine guns, One (1) AK 49 Assault rifle, Twenty-three (23) AK 47 Assault rifles, One hundred and nine (109) GPMG ammunition and Ninety-four (94) 7.62mm live ammunition of AK 47 rifle. 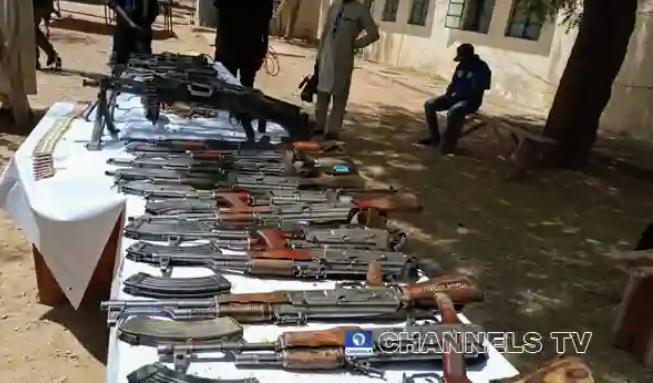 He said the sustained onslaught against bandits, armed robbers, Kidnappers and other criminals by operatives of the Katsina Police Command as directed by the Federal Government to all security agencies led to their surrender.

CP Buba said the command remains resolute and unrelenting in its determination of ending banditry and other heinous crimes in the State. 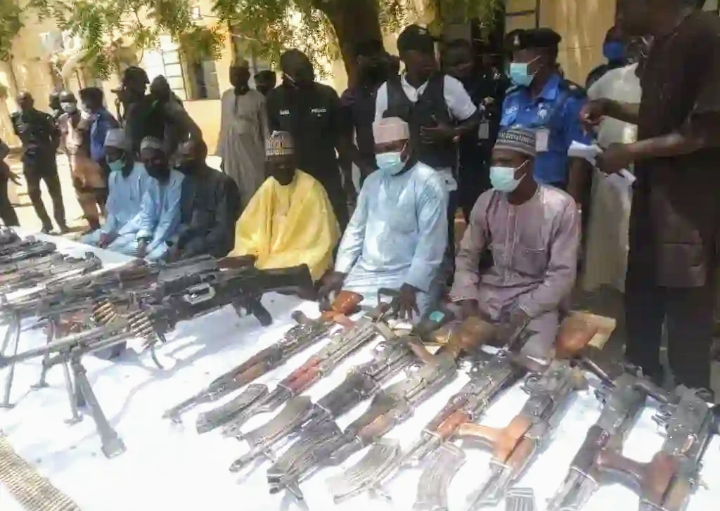 He called on other bandits operating in the forest to also come out and surrender as the Police and other sister agencies were ready to isolate and deal decisively with them.