Lawrence Anini The Most Notorious Criminal Benin City Has Ever Produced

By LordPedro (self media writer) | 10 months ago

Rise And Fall Of Lawrence Anini 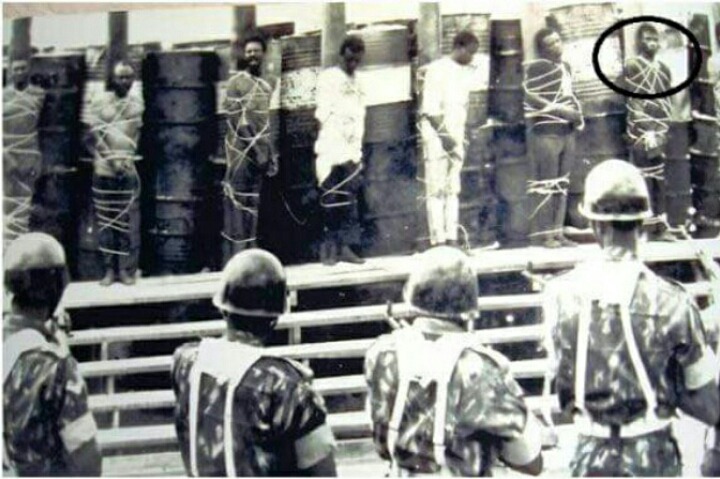 Lawrence Nomanyagbon Anini also known as Ovibigho or the Law was once the most dreaded notorious bandit that terrorised Benin city and old Bendel state in the 80s.

Anini was born in a village about 20 miles from Benin city. He migrated to Benin at an early age, learned to drive and became a taxi driver. Anini became known in Benin moto parks as a man who could control the varied competing interests among motor park touts and operators. He dived into the criminal business and became a driver and transporter for gangs, criminals, godfathers and thieves in Benin city.

Later on, he decided to create his own gang which included, Monday Osunbor, Friday Ofege, Smallie Henry Ekponwan, Eweka and Alhaji Zed Zed or Zegezege, who was never captured.

They started as car hijackers, bus robbers, and bank thieves. Gradually, he extended his criminal acts to other towns and cities far north and east of Benin.

In August 1986, a fatal bank robbery linked to Anini was reported in which a police official Nathaniel Egharevba and others were killed. That same month, two officers on duty were shot at a barricade while trying to stop Anini's car. During a span of three months, he was known to have killed nine police officers.

Independence day, October 1st, 1986, Anini and his gang ambushed the commissioner of police Casmire Akagbosu in Benin and destroyed his convoy in a hail of bullets. Fortunately, the police boss survived the attack with serious injuries. Earlier that same day Anini and his crew gunned down a police man within the city.

On October 21st of the same year, the Anini gang terminated the life of a Benin base medical doctor, A.O Emojeve. He was shot dead along textile Mill road in Benin city. Not satisfied, Anini and his gang raided the Agbor branch of Africa Continental Bank and carted about N46,000. A day later, Anini acted like father Christmas as he spray wads of naira note in a particular market in Benin.

Lawrence Anini name became famous in Nigeria, dwarfing names like Ishola Oyenusi, the king of robbers in 1970s and Youelle Dakuro, the army deserter who masterminded the most vicious daylight robbery at Boulous Enterprise's in Lagos 1978, in which two police men were killed.

Worried by the seeming elusiveness of Anini and his gang members, the military President, General Ibrahim Babangida then ordered a massive manhunt for the kingpin and his gangs. The police went after them, combing every part of Bendel State where they were reportedly operating and living. Unfortunately, police manhunts had little or no effect to the daredevils. In fact, the more Anini gangs were hunted, the more pain he inflicted to his victims. Some of the locals narrated how invincible he was and for a while, it felt like they were indestructible.

At the conclusion of a meeting of the Armed Forces Ruling Council, President Ibrahim Babangida turned to the Inspector General of Police, Etim Inyang, and asked, "My friend where is Anini?" Embarrassed IGP Inyang could only tell his commander in Chief "We are still looking for him sir". IGP Inyang was soon tender his notice of retirement from the force.

Nigerian newspapers and journals started publishing various reports and editorials on Anini escapades " Anini challenge " "Anini saga" "Anini factor" "Lawrence Anini - the man, the myths" and "Lawrence Anini - A Robin Hood in Bendel. Even the Guardian Newspaper wrote - will they ever find Anini " The Law".

Superintendent of police, Kayode, Uanreroro on December 3rd 1986, at number 26 Oyemwosa street, opposite Iguodala primary school, Benin city in company with six police men. Acting on a tipoff from the locals, the policemen went straight to the house where Anini was hiding and apprehended him with very little resistance.

Uanreroro, led a crack 10-man team to his house, knocked on the door of his room, and behold, Anini himself came out, clad underpants, opened the door. "Where is Anini?" the police officers quickly enquired.

Dazed as he was caught off guard and having no escape route, Anini tried to play a fast one. He replied the police officer, "Oh, Anini is under the bed in the inner room". As he said that, he made some room to walk past Uanreroro and his team. In the process, he head-butted the police officer but his effort proofs abortive as Uanreroro quickly reach for his gun stepped hard on him and shot at his left ankle. Anini tried to move further but the policemen grabbed him and put him in a sitting position. They then pump more bullets into his leg and almost severed the ankle from his entire leg. 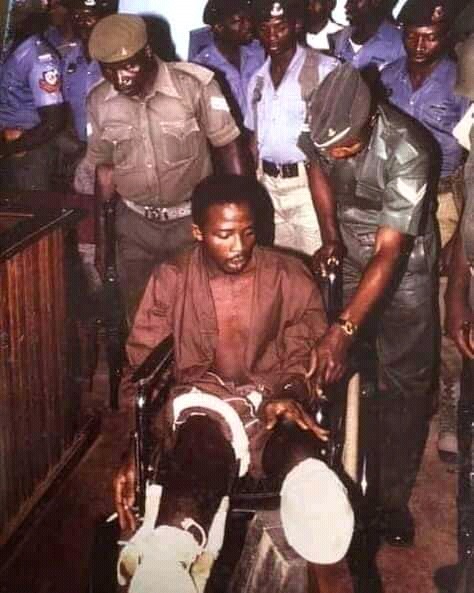 Anguished in excruciating pains, the police officer ask him again, " Are you Lawrence Anini?" And he replied, "My brother, I won't tell you lies, I won't deceive you, I am Anini." Rumours had it that, it was his girlfriend that betrayed him. His girlfriend took away all his charm before leading the police to his hideout.

The police later whisked him away from the scene to the police command headquarters where the state police commissioner, Parry Osayande, was waiting. While in police net, Anini made a whole lot of revelations. He disclosed all top member of his gang and some of them were arrested.

He was transferred to a military hospital for operation on his wounded leg. Unfortunately, the affected leg was amputated. When Anini hideout was searched, police recovered assorted charms, and weapons.

The arrest of Lawrence Anini brought relief to the citizens of old Bendel State and many were shocked to see how a fearless, dreaded, and daredevil criminal like Anini suddenly became so lilly livered and started singing like a sparrow, making cheap confessions.

He also exposed the roles played by key police officers in the aiding and abetting of criminals in the old Bendel State and Nigeria at large. Five officers were convicted and one was sentenced to death. 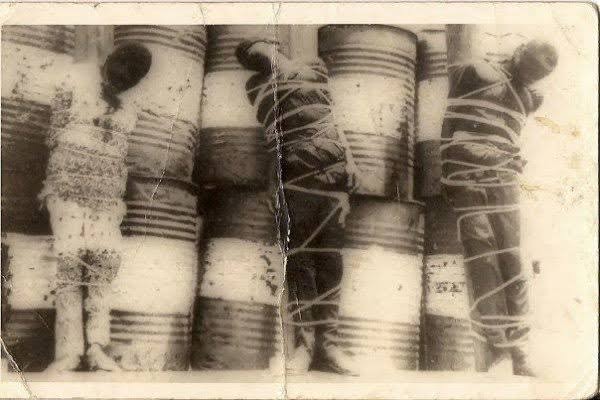 Justice Omo Agege remarked, "Anini will forever be remembered in the history of crime in this country, but it would be of unblessed memory. Few people if ever, will give the name to their children." The execution of Anini and the remaining members of his gang took place on the last Saturday of March, 1987.

Content created and supplied by: LordPedro (via Opera News )