Nigerians have continued to express divergent views following a shocking revealation made by some bandits about their modus operandi.

The bandits had disclosed that in return for supplying them arms and ammunition, they do share ransom payments with some State Security Service operatives. 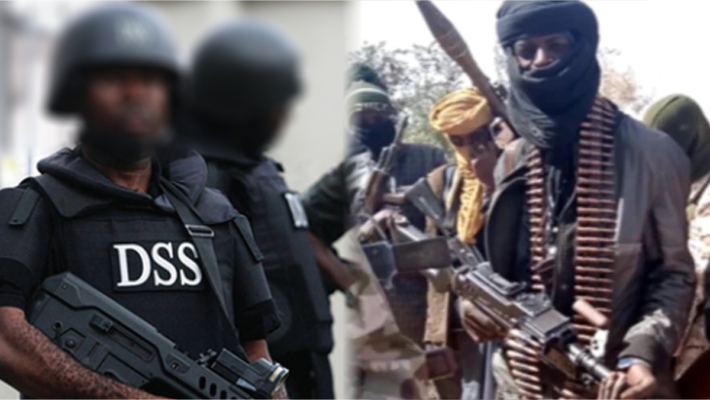 According to Peoplesgazette, the armed bandits who had been terrorizing different parts of Nigeria, especially the northern states, told Deutsche Welle in a recent report that they “borrow weapons” from the state agents and then go to work to share ill-gotten gains together.

While making further revealation, the bandits alleged that some police cops have been a part of the conspiracy that has fueled insecurity across Nigeria all along. 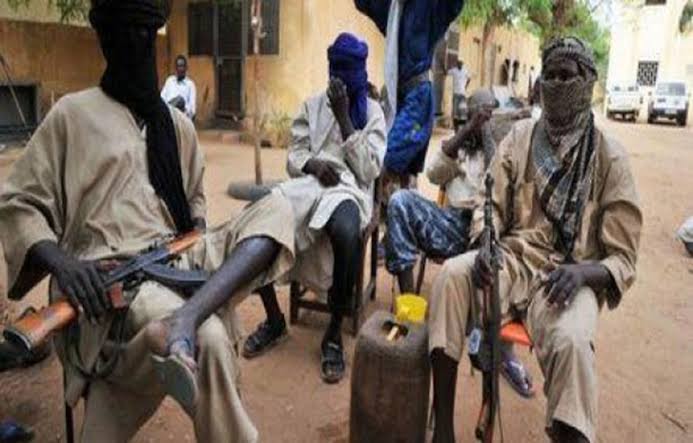 The damning report is coming at time there are diverse allegations on possible colluding between armed bandits and some bad eggs within the Police force.

It will be recalled that three years ago, a former COAS, Theophilus Danjuma, had alleged that there are saboteurs within the Nigerian military and other state agents who were actively supplying weapons to criminal elements in the Northern states but the Buhari-led administration denied the allegation. 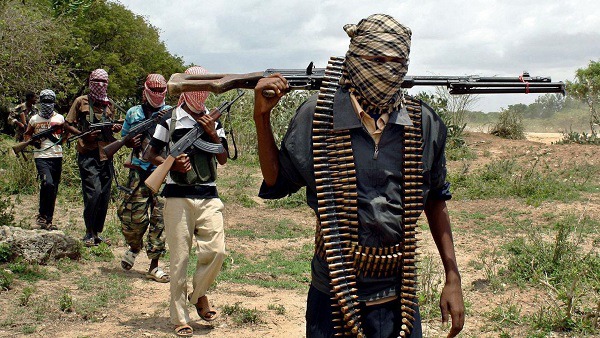 Meanwhile, sequel to his outburst against the Federal Government over the escalating insecurity crisis in Benue state, especially the killings being carried out by armed herdsmen, the presidency told Benue Governor, Samuel Ortom, to either accept the controversial ruga policy or continue to endure violence with his people, saying the RUGA programme is one of the way to put an end to the crisis in the state.

Meanwhile, many Nigerians have continued to express divergent opinions on the latest shocking revealation by the bandits.

While some dispel it as impossible, other people who reacted on social media said it could be true. 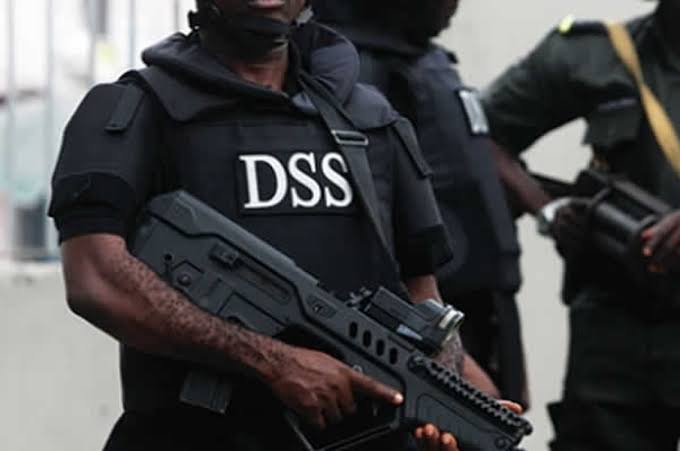 But in your thoughts, do you think there could be any iota of truth in this revealation ?

Below are some reactions: 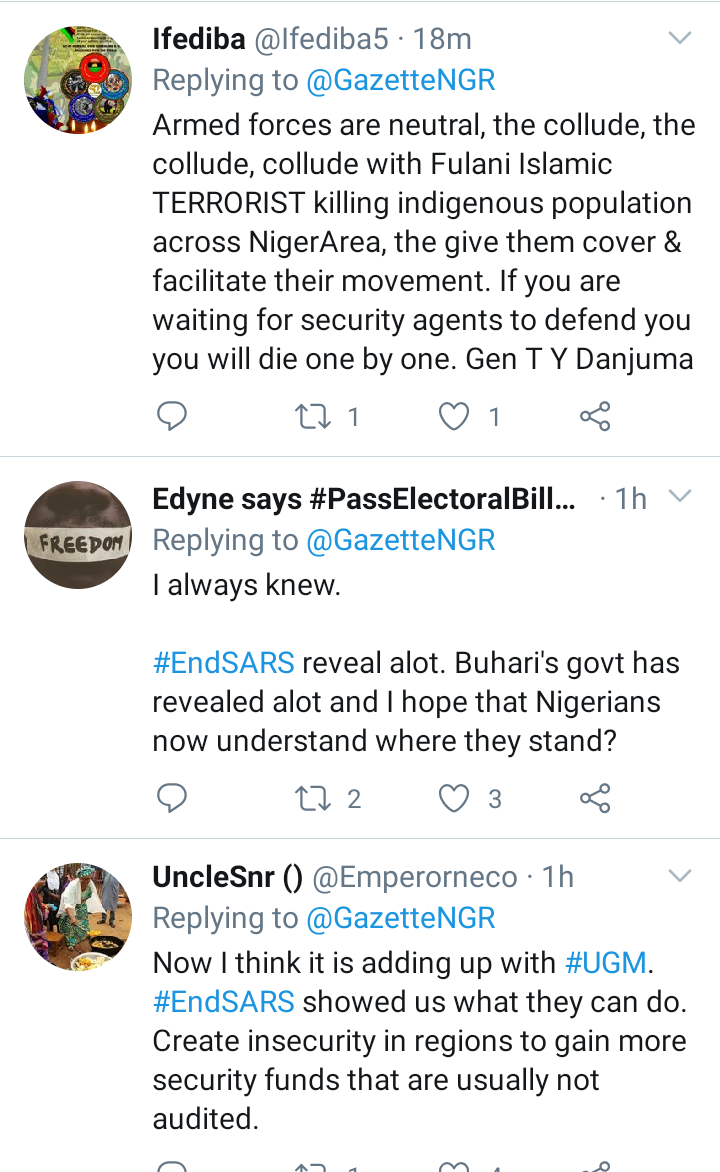 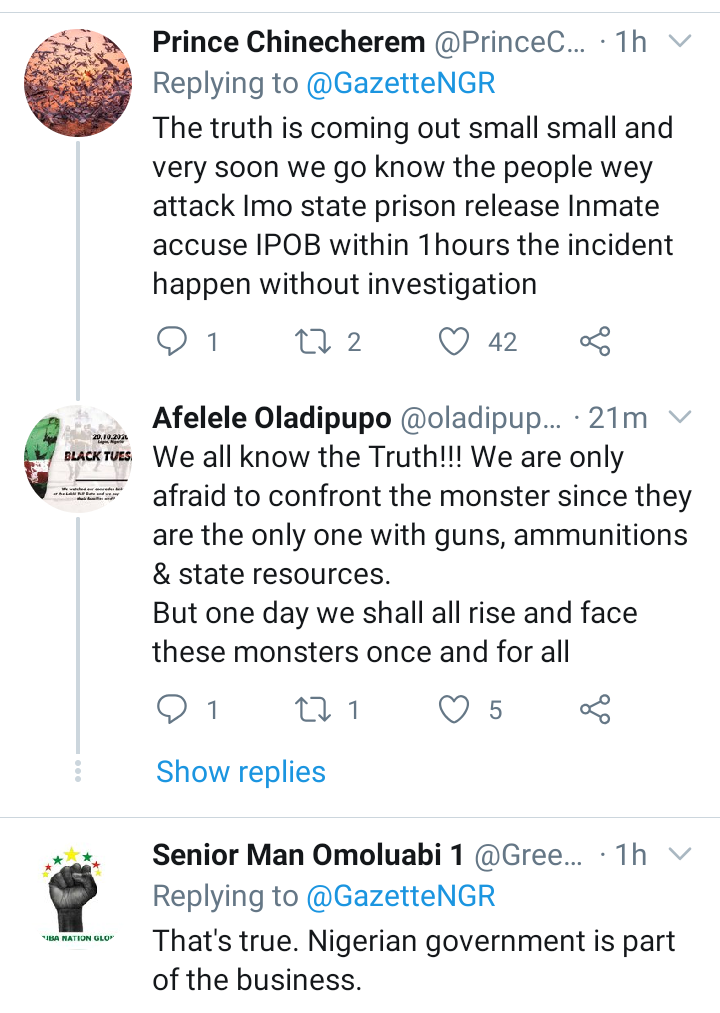 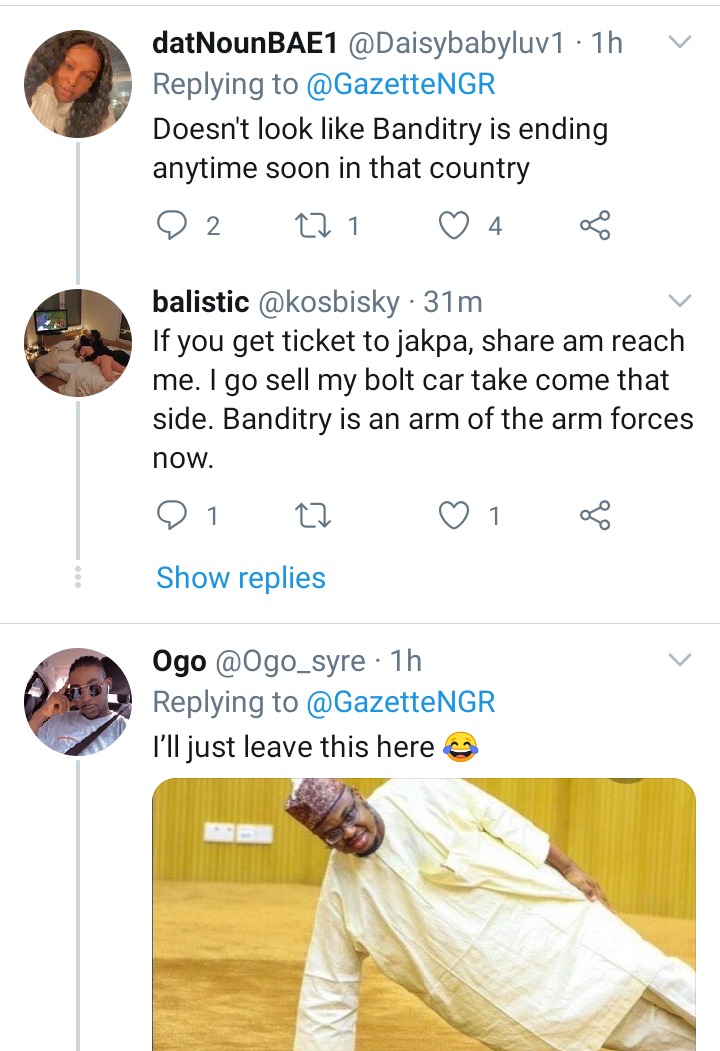 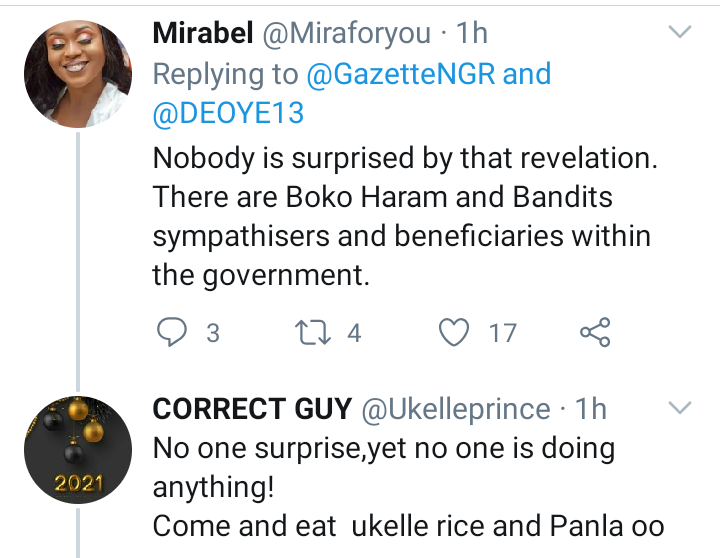 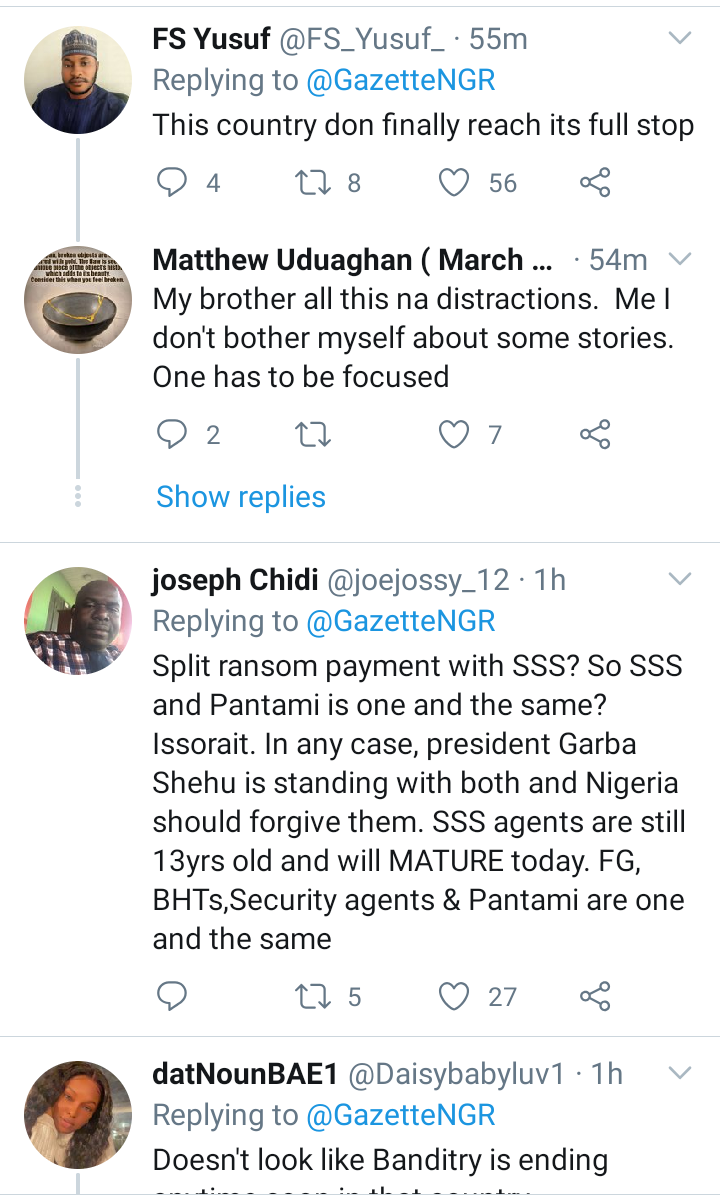 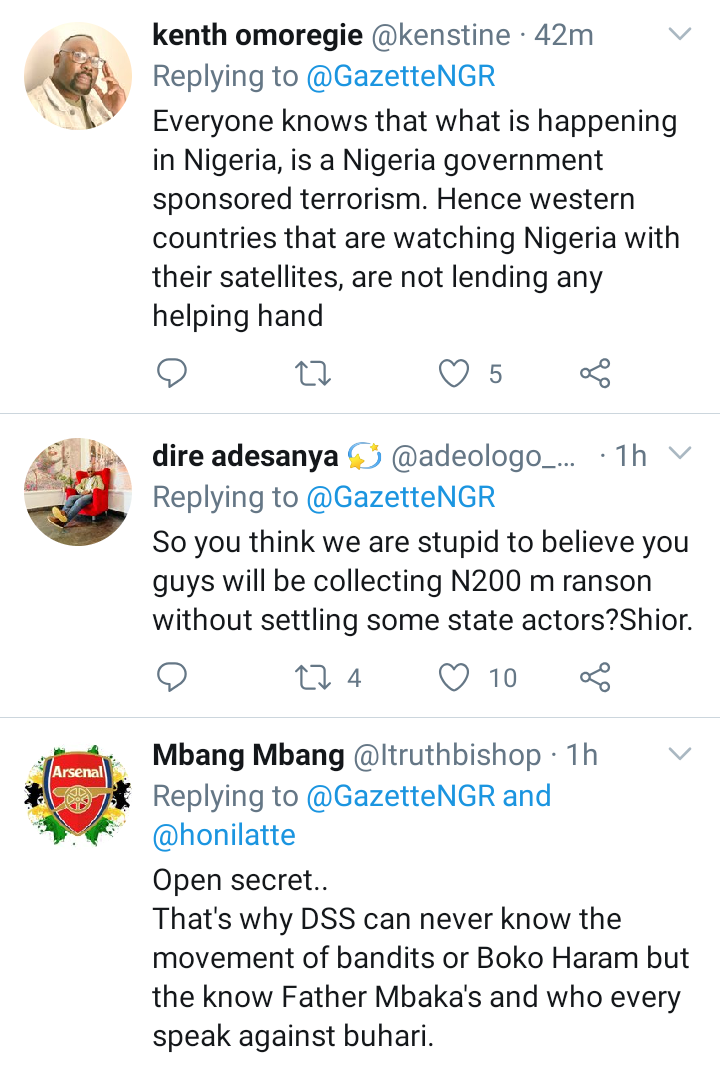