By Tidings (self media writer) | 9 months ago

Human rights activist Gwamnishu Emefiena Harrison has shared an update about a certain barber who was allegedly robbed of his hard earned money by some police officers. Harrison is the Director of an initiative known as Behind Bars Human Rights Foundation - a foundation that aids people who are being treated badly by police or legally. According to him, the young man had reported the case to him on 19th March 2021. He was arrested in Anambra state inside a public transportation and was tagged a fraudster(Yahoo Boy). 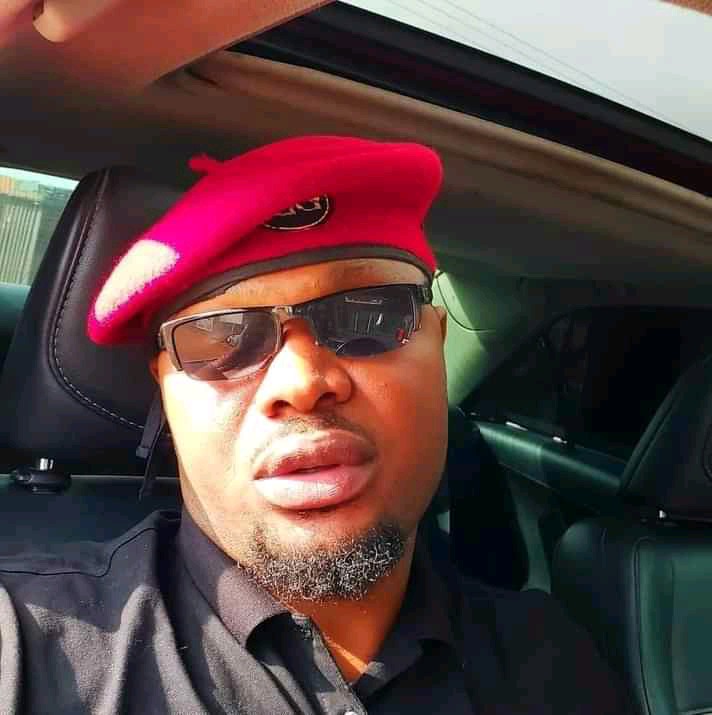 After searching his phone, they noticed that his account balance was N700,000 so they took him to a POS agent. They forced the young man to make four withdrawals(100k twice and 150k twice). He was forced to hand the money over to the police officers. He reported the matter to Behind Bars and an investigation was initiated after a petition was written to the Anambra state commissioner of police. The money was returned to the owner today after the intervention of the human rights organisation. 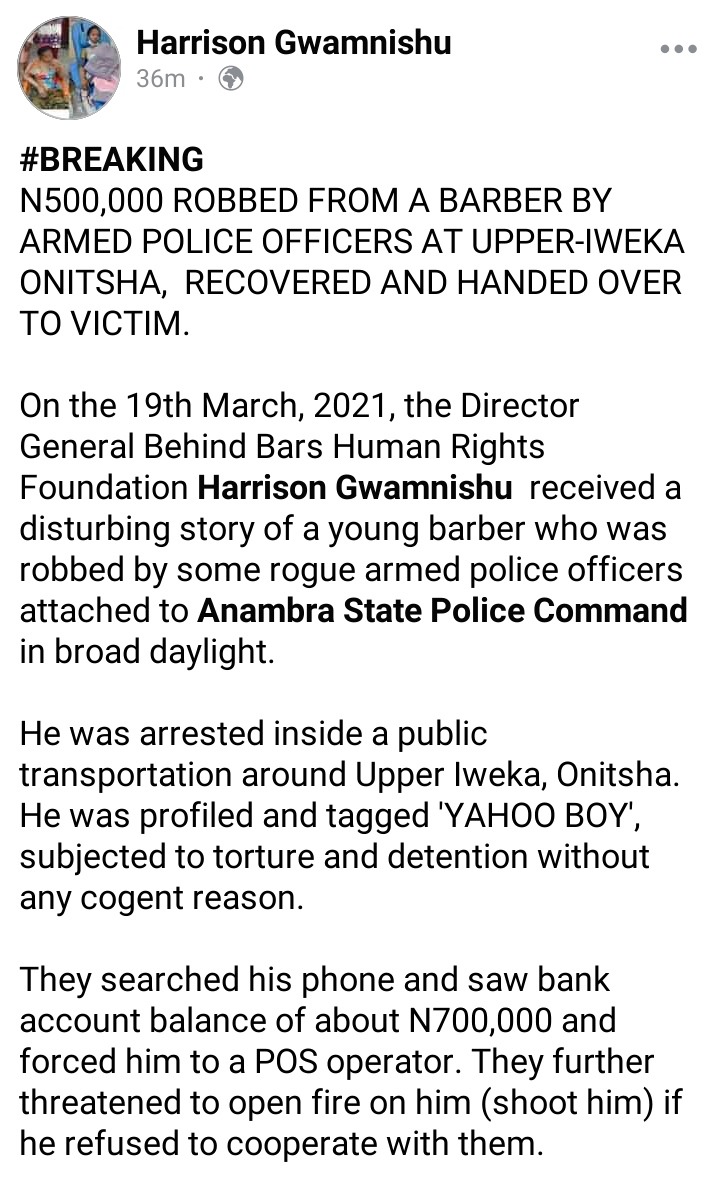 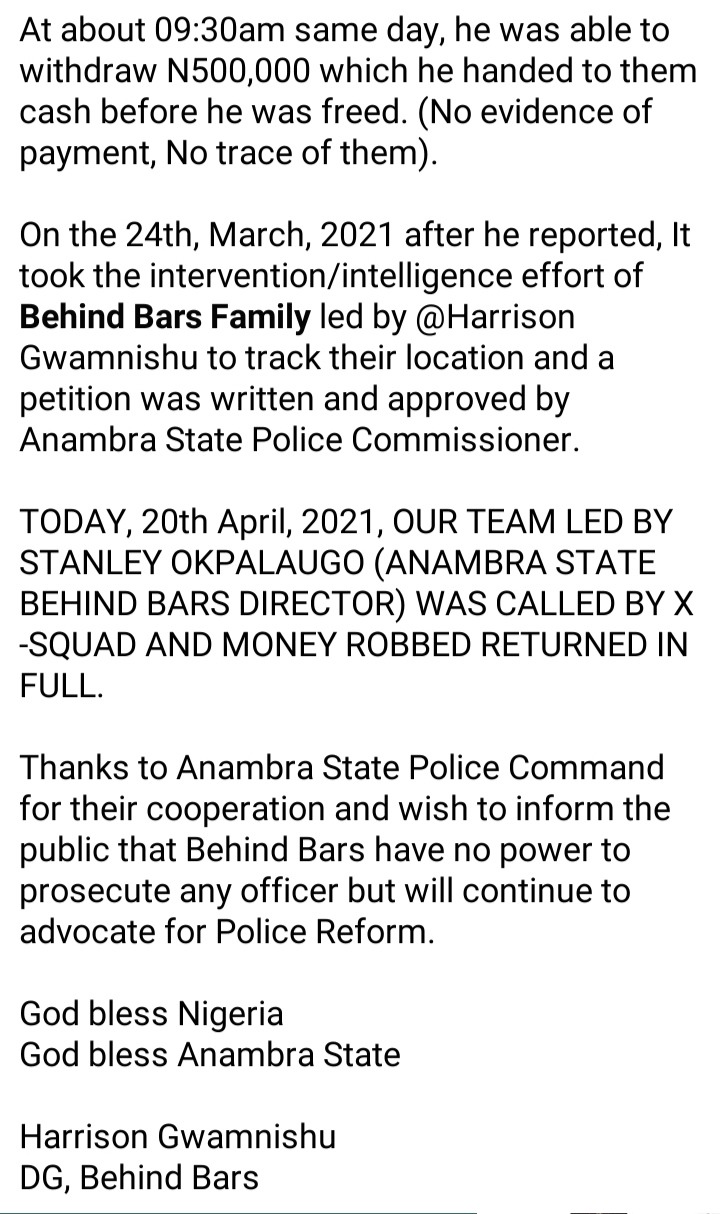 Photo of the POS debit alerts. 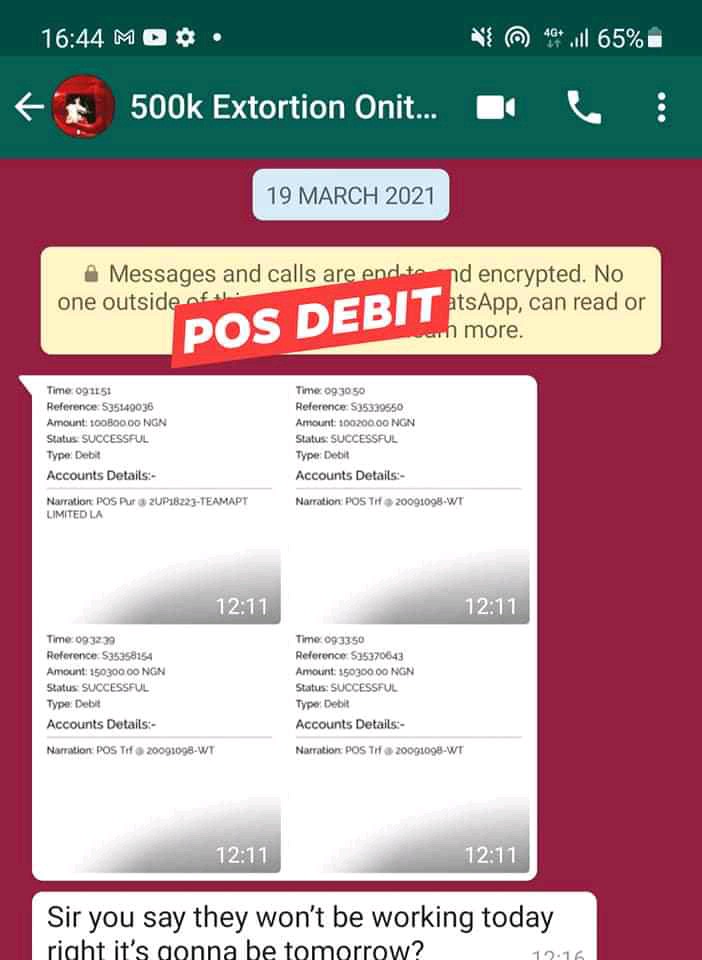 Photo of the petition that Behind Bars wrote to the Commissioner of Police, Anambra state. 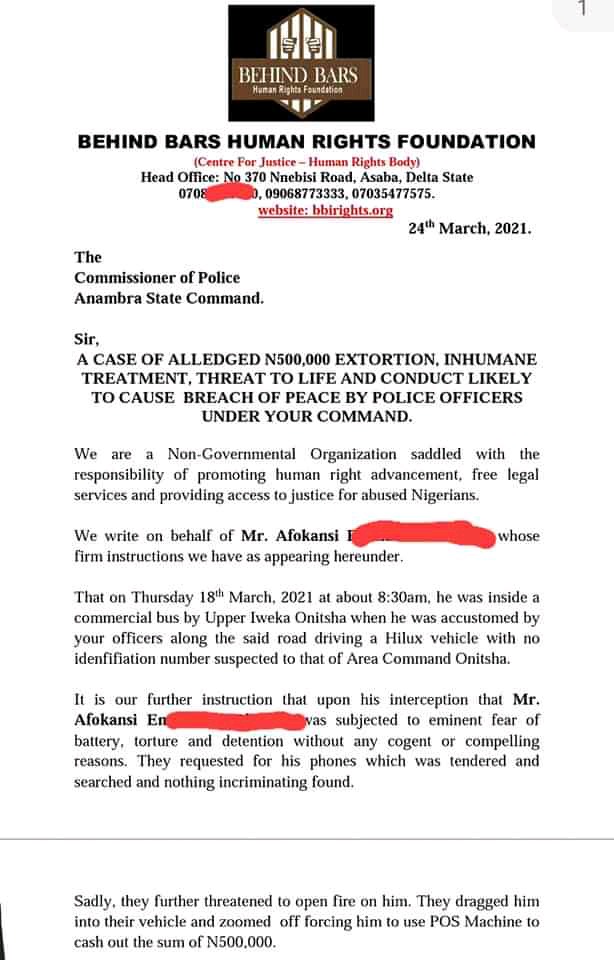 Photos of the recovered money. 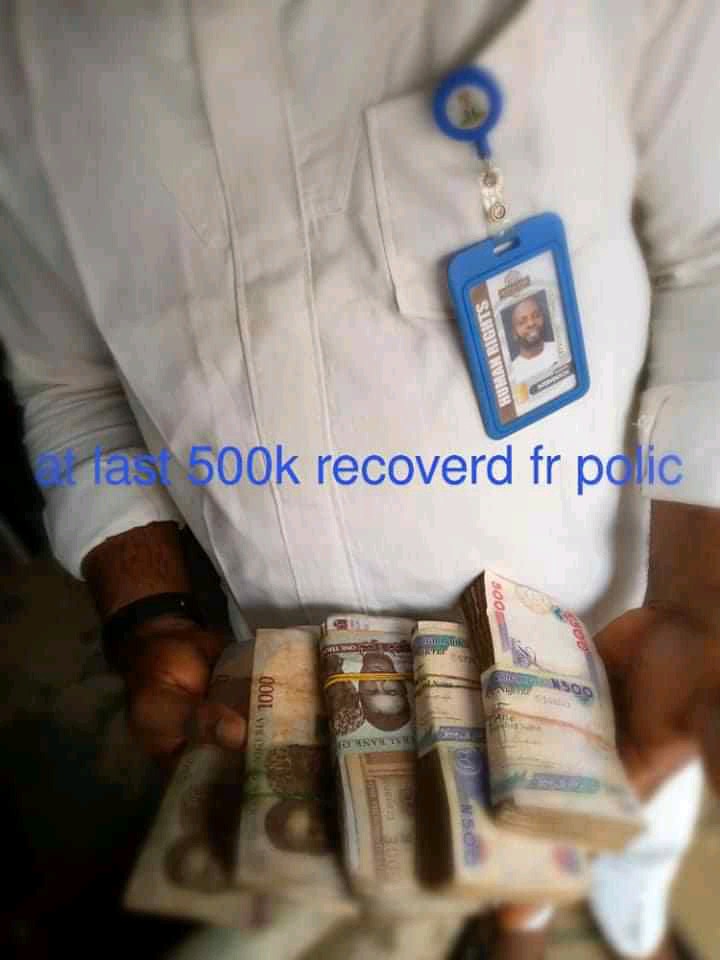 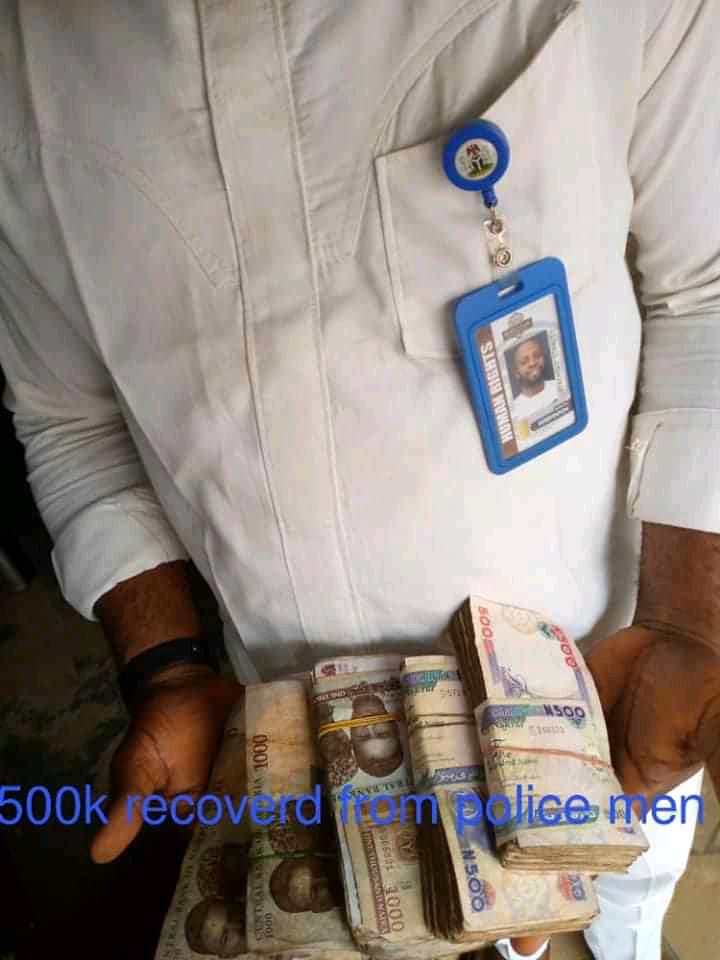 A lot of people shared their reaction to the news and below are some of them. 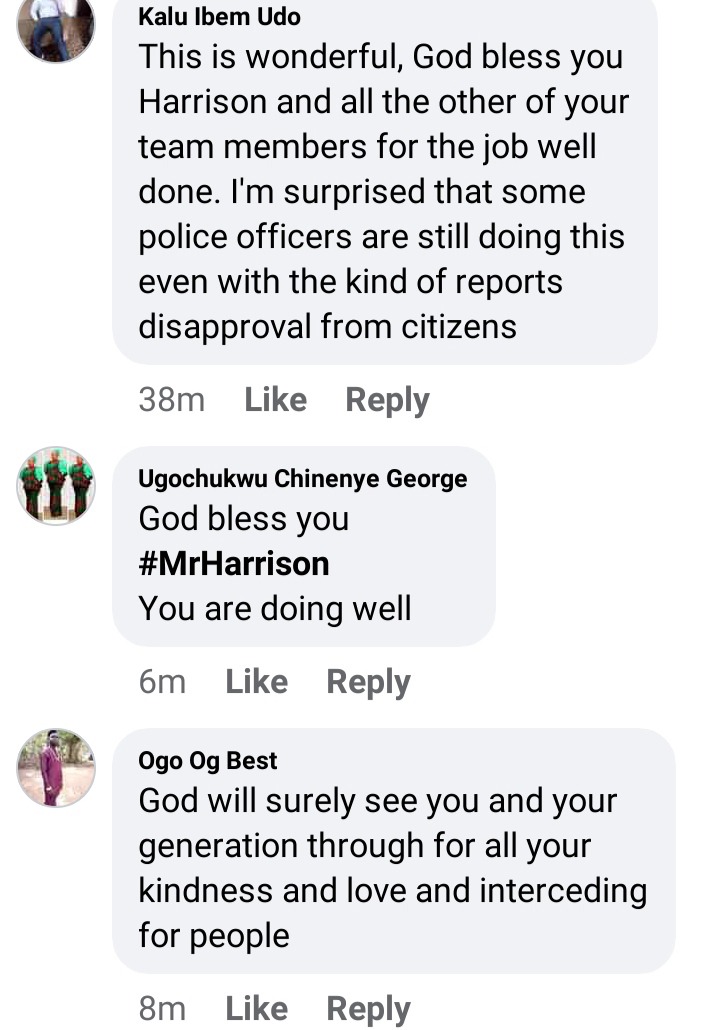 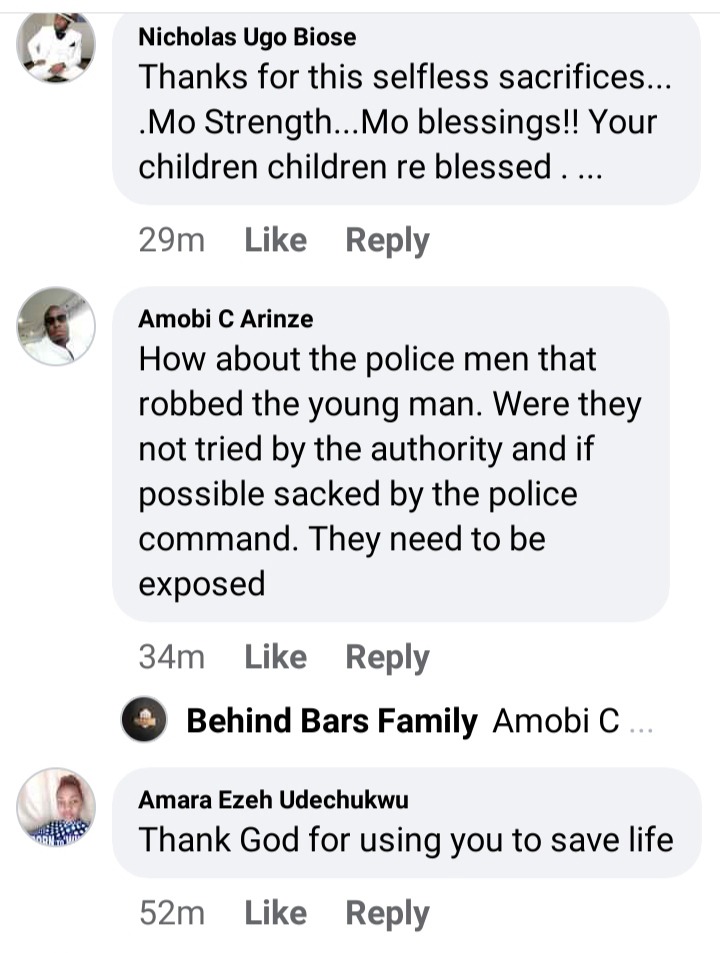 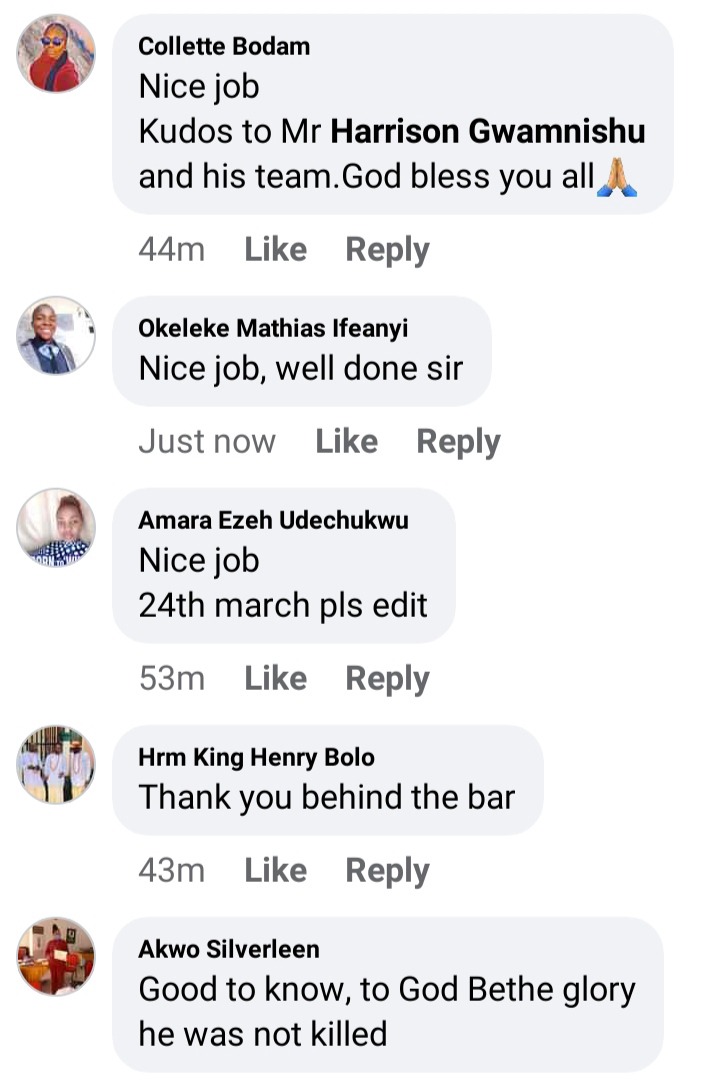 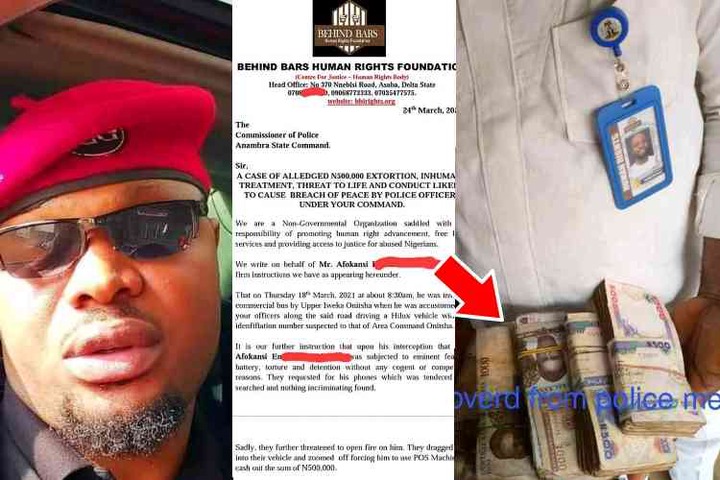 Human rights activist Gwamnishu Emefiena Harrison is really doing a lot and that has won him the affection of Nigerians. Recall that he is the one taking care of Comediane Ada Jesus alongside others through her current predicament. What are you thoughts?