A rather funny conversation have been spotted between a police officer and a Spaniard who was on tour in Nigeria with his bike. It's indeed quite rare to find a foreigner all alone in the open, but according to a video which had since gone viral, a man who identified himself as a Spaniard was stopped by some Nigerian police officers who requested to understand why he was alone, and what he was doing driving bike on the road 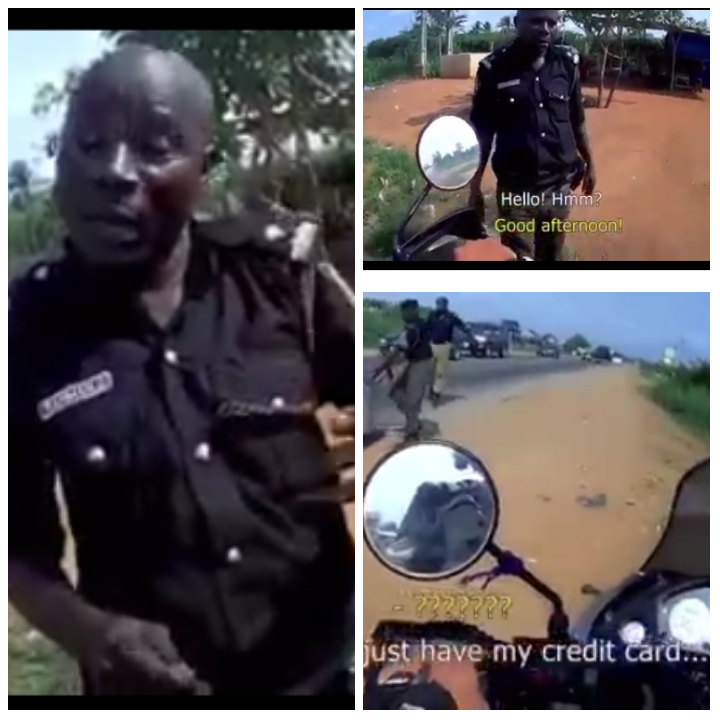 However, according to a video shared by a social media user, a police officer who stopped the Spanish man on bike, unaware of a secret camera on his chest, asked the Spaniard where he was going, and what he does, while stressing the need for the Spanish man to give them something. The Spaniard who was seated on his bike noted that he was on tour to some neighbouring African countries in Nigeria, and as such he was now going to Lagos, after coming from Benin. 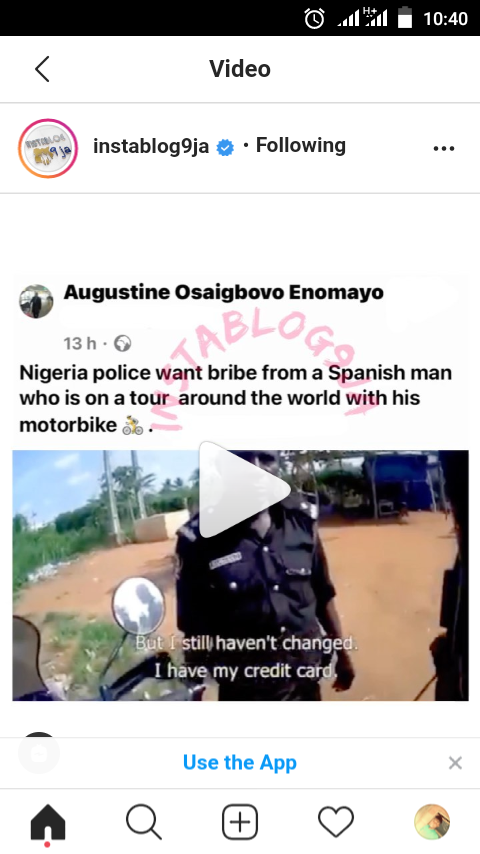 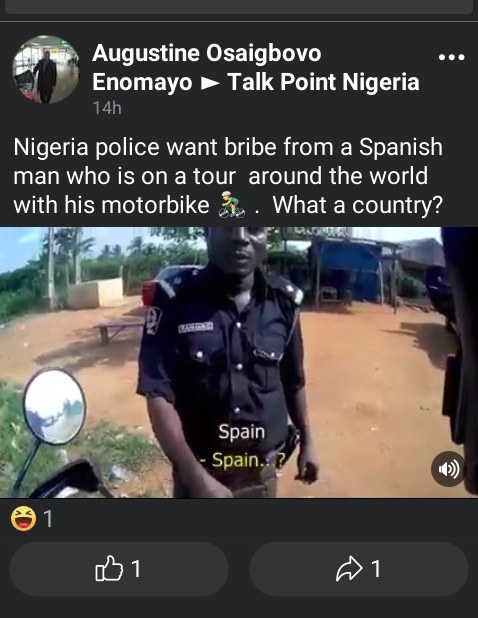 The Spaniard who said he stressed that he has no money, and that he his only with his credit card, after the police officer insisted on him finding a way to give them something said he has nothing on him, and that he has to go. The police officer who continued their humorous conversation furthermore said he can change any currency which he has, and make sure there is something for them, as can be seen in the video below. What a conversation indeed. What's your opinion towards this, put your thoughts in the comment section below, and share to others, as you can like and follow us for more interesting stories all around the world. 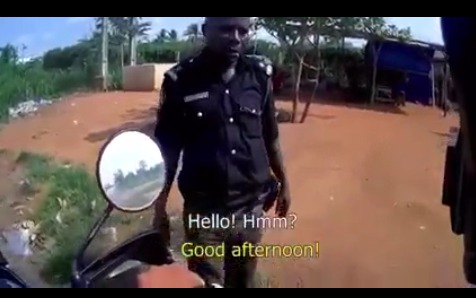 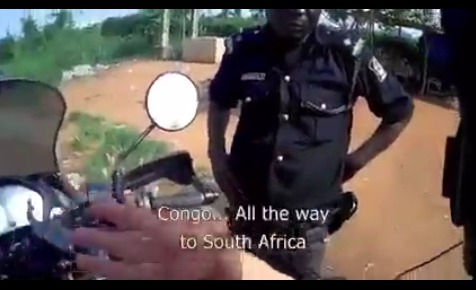 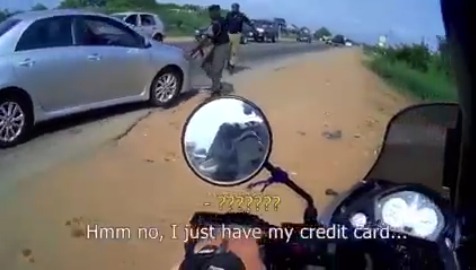