By GistFrank (self meida writer) | 16 days 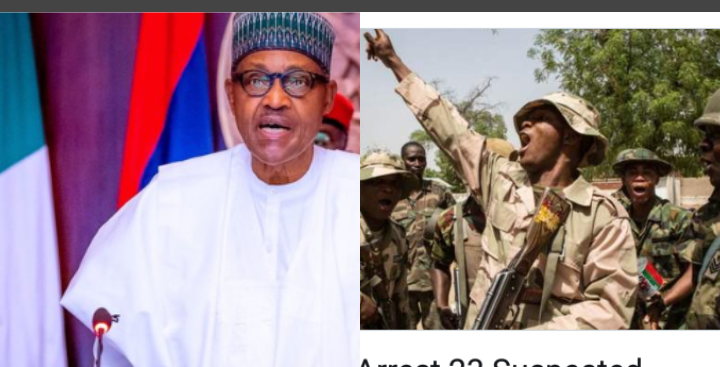 1) Buhari Makes Promises To Nigerians Ahead Of Easter.

President Muhammadu Buhari has called on Nigerians to remain united and not allow mischief-makers to divide the country. 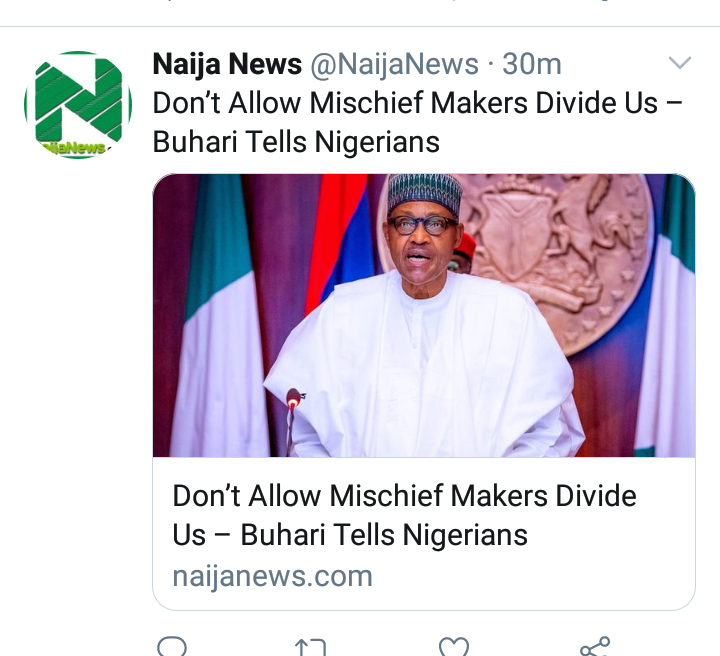 Buhari made this called in his Easter message released through his Special Adviser on Media and Publicity, Femi Adesina, tagged “President Buhari felicitates with Christians at Easter”.

The statement quoted Buhari as saying that, “We should not allow the antics of a few mischief mongers to fragment the unity and faith that the vast majority of citizens of this country cherish and believe in.”

The President in his statement on Thursday also promised that the security issues affecting the country would soon end.

He commended security agents for fighting against criminals and terrorists while Nigerians were at sleep.

He acknowledged the sacrifices of doctors, nurses and other frontline health workers, “who have made the difference in saving lives and ensuring the reduction of the spread of the virus.

2) Osun Police beefs up security ahead of celebration.

The Commissioner of Police, Osun Command, Olawale Olokode has revealed that everything is in place to ensure that the year 2021 Easter season is celebrated without fear of insecurity.

This was made known in a statement signed by Opalola Yemisi Olawoyin, the Police Public Relations Officer of the Osun State Command, on Thursday and made available to DAILY POST. 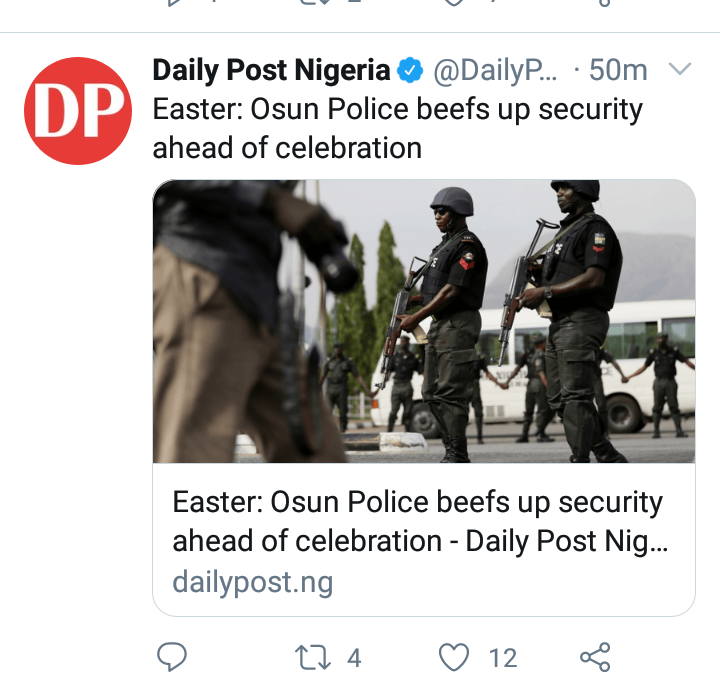 The statement said, “The essence of this announcement is to reassure the good people of the state about the readiness and level of preparedness of the Osun Police Command to guarantee adequate and watertight security during this period and beyond at all religious centres, social gatherings and leisure parks.

While praying for a peaceful celebration, Olokode urged the Christian faithful to adhere strictly to COVID-19 protocols as they celebrate Easter.

The Osun State Police Command also appealed to the public to always give prompt, credible and useful information to the police, to prevent acts of lawlessness and all infractions of the law.

3) "PDP has come to stay in Abia"-Party Chieftain, Nwachukwu.

A Chieftain of the Peoples Democratic Party PDP, Onwa Innocent Nwachukwu, has said the recent victory of the party in the just-concluded Aba North and Aba South federal constituency election was a clear manifestation of Governor Okezie Ikpeazu’s developmental strides in Aba and the state at large. 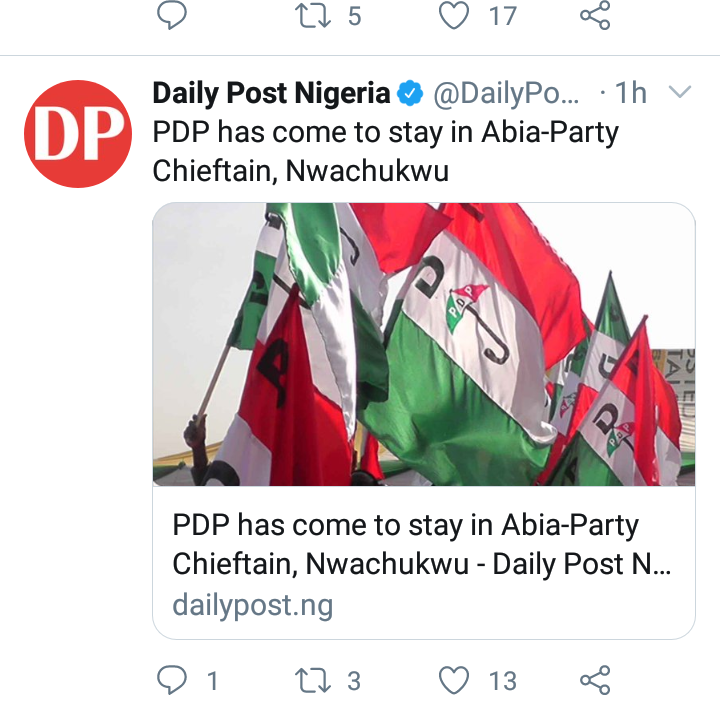 Nwachukwu claimed that the PDP administration in Abia has performed well in all facets of governance, especially in the area of infrastructures, health, trade and investment and education.

The PDP stalwart, in a press statement made available to journalists in Umuahia, said the ruling party has addressed most teething yearnings of the Abia masses, stressing that the party has come to stay, as it remained the best choice of the people because of its landmark achievements.

Nwachukwu enjoined Abia residents to continue maintaining their unflinching support for the Peoples Democratic Party-led government to execute more meaningful infrastructural projects in every nooks and cranny of the state.

The Nigerian military has arrested 23 suspects over kidnapping, armed robbery, illegal possession of firearms, and other criminal activities in Plateau, Kaduna, and Bauchi States. 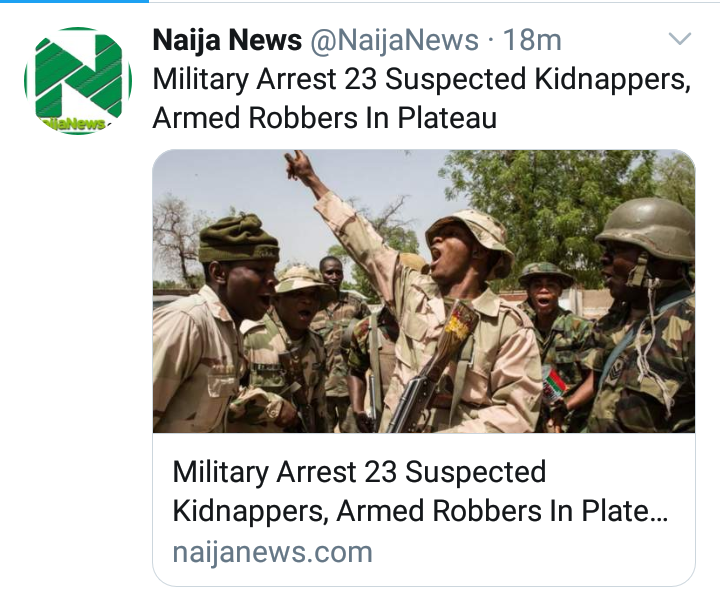 The Commander of the Special Task Force, Operation Safe Haven (OPSH), Maj-Gen Dominic Onyemelu, made this known on Thursday while parading the suspects to newsmen on Thursday in Jos.

Onyemelu said the arrest was as a result of the task force’s renewed vigour to stem down criminal activities in all areas of its joint operations.

He explained that among the suspects, 17 were allegedly involved in kidnapping, four for armed robbery and the remaining two for illegal possession of firearms.

So, what do you think about these kidnappers that were arrested in Plateau state?.

Opinion: Igbos Should Perish Their Thoughts About Biafra And Focus On Achieving 2023 Igbo Presidency

12 beautiful lace gowns you can wear to important events