The leader of the Movement for the Actualization of the Sovereign State of Biafra (MASSOB), Ralph Uwazuruike who has been at loggerhead with the leader of Indigenous People of Biafra (IPOB), Mazi Nnamdi Kanu has alleged that he sent unknown gunmen to attack him last night and that no matter how hard he tries, he cannot track him down of get at him. Uwazuruike said that he knows Nnamdi Kanu very well and that he is the most tricky person he has ever seen.

Uwazuruike who continued said that he opened a Radio Station for Nnamdi Kanu when he was in Nigeria and that he started using the Station to attack him on air. He added that he was the brain behind his marriage and that when he came to Nigeria he gave him the sum of N450,000 for his traditional marriage. Uwazuruike said Nnamdi Kanu was feeling bossy towards him and that he told his Sister who is a Police Officer to organize mobile policemen to protect him on the day of his Wedding Ceremony, knowing fully well that Uwazuruike was going to storm the venue. 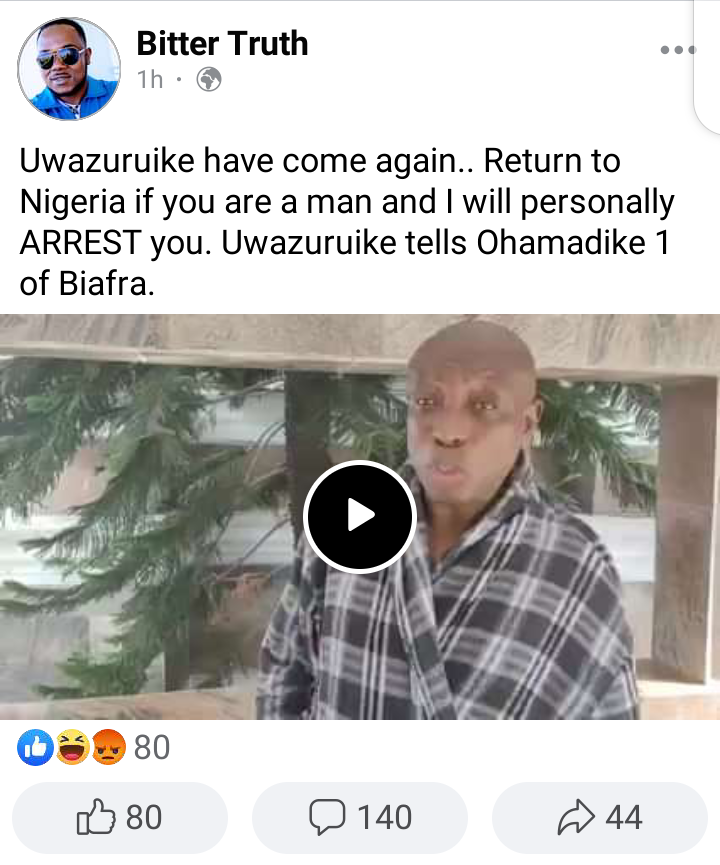 He said on that day, he organized his boys and told them to pick Nnamdi Kanu at where he was sitting with his bride, adding that he is bigger than him and has more level and influence the him. Uwazuruike who said Nnamdi Kanu has been attacking him of recent said that he can never push him into arm struggle and that he is bigger than any security outfit he created in Nigeria.

He told Nnamdi Kanu that if he was in Nigeria, he wouldn't have been able to do what he is currently doing, adding that he would have arrested him and all his ESN members. He told Nnamdi Kanu that if he truly wants to face him, he should come out from his hiding place let them face it head-to-head, adding that he hasn't killed any Biafra agitator and will never do such thing. 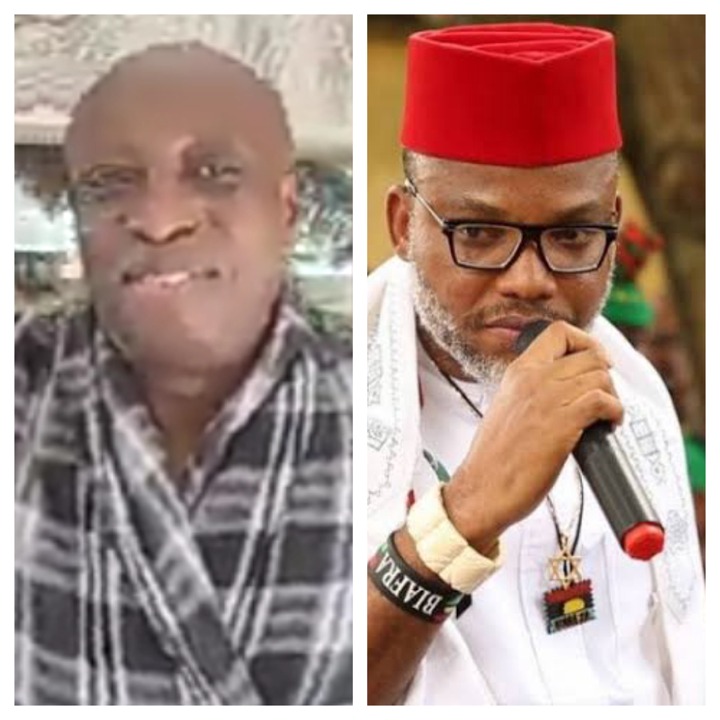 Biafra agitation has factions already; Ralph Uwazuruike (MASSOB) faction and Nnamdi Kanu (IPOB) faction, do you think Southeast ready at all? Like the popular saying, a house divided can never stand.