By KaptainWendy (self meida writer) | 1 months

1.) Igboho vows To Go After Killer Herders In S/West From Monday. 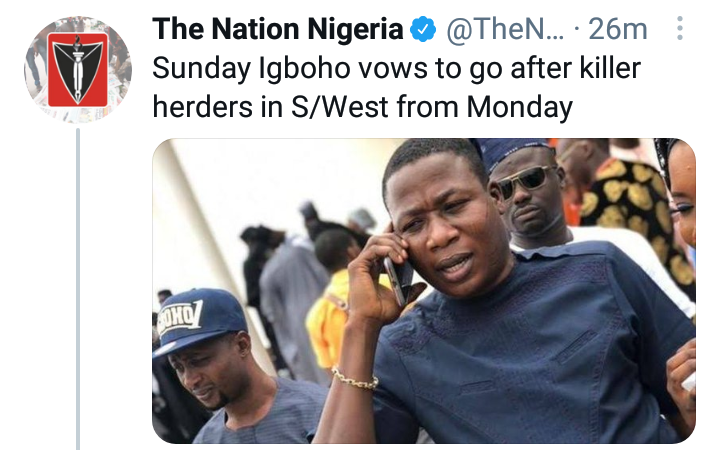 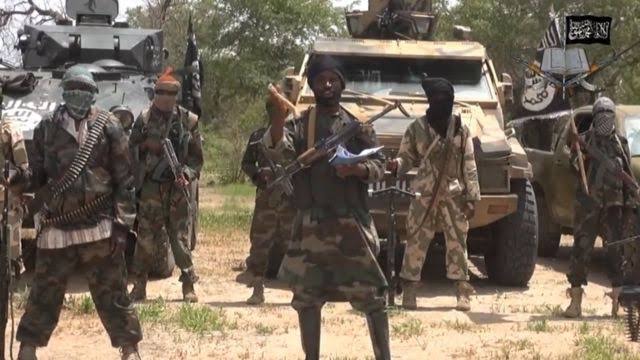 Igboho, in the now-viral video obtained by The Nation, threatened to go after killer herders in the south west as from Monday. 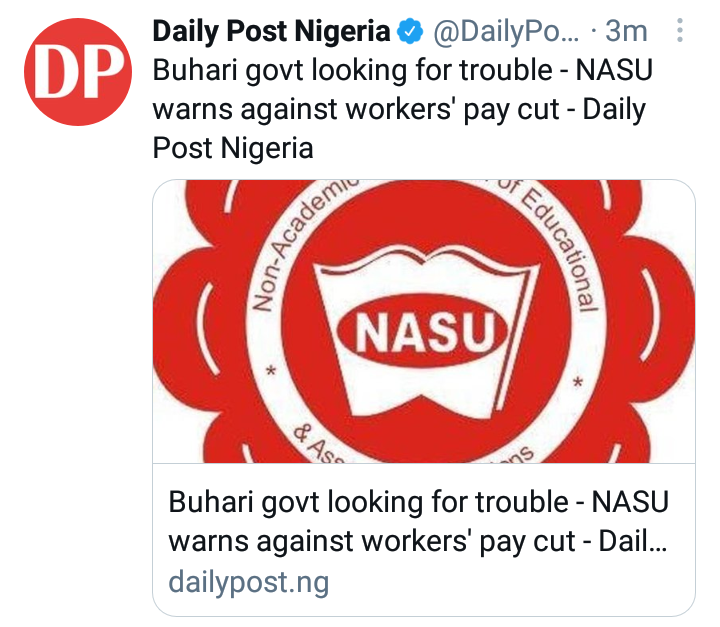 The Non-Academic Staff Union of Educational and Associated Institutions (NASU) has warned the President Muhammadu Buhari-led government, not to toy with civil servants.

The General Secretary, Peters Adeyemi in a statement on Sunday called the plan to slash federal workers’ salaries “provocative’’.

On May 4, Zainab Ahmed, Finance Minister made the disclosure at the National Policy Dialogue on Corruption and Cost of Governance organized by the Independent Corrupt Practices and Other Related Offences Commission (ICPC).

Ahmed announced that the National Salaries, Incomes and Wages Commission (NSIWC) had been directed to review current salaries.

Ayuba Wabba, the Nigeria Labour Congress (NLC) President warned that the idea was tantamount to a mass suicide.

Commending the administration for paying salaries regularly, NASU said the move to embark on a pay cut would be victory for those determined to be insensitive to the plight of workers.

The union leader warned that citizens struggling with the effect of the COVID-19 pandemic should not be thrown into further misery.

He cited the high cost of living caused by hyperinflation, prices of food items, increases in electricity tariffs and the cost of petrol. 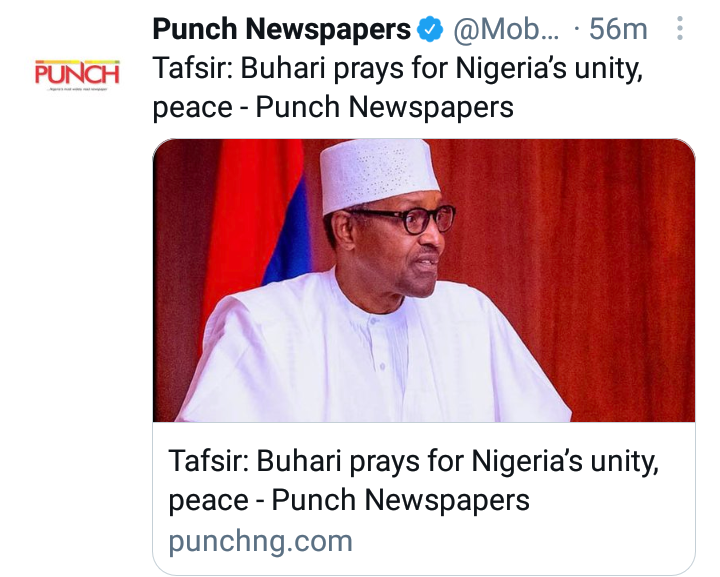 The President, Major-General Muhammadu Buhari (retd.) on Sunday joined other Muslims for the closing session of the Tafsir at the State House Mosque.

The Senior Special Assistant to the President on Media and Publicity, Garba Shehu, disclosed this in a statement titled ‘President Buhari joins prayers for unity, peace as Muslims end Tafsir.

Shehu said prayers were said for Allah’s protection to be upon the nation, its people and the leaders after the President and worshippers listened to the final round of the daily interpretation of the Quran delivered by Abdulwahid Sulaiman, the Chief Imam. 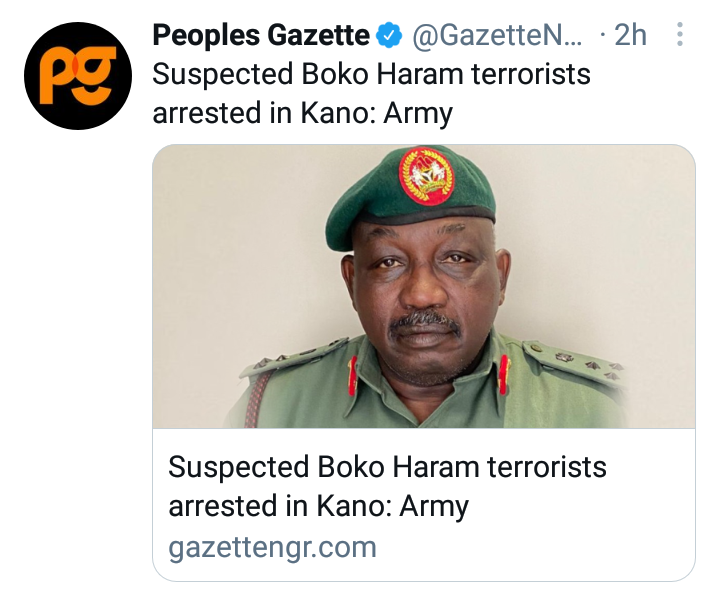 Mr Yerima said the suspected terrorists were arrested around Filin Lazio in Hotoro area of Kano, following a successful operation.

He said that the ongoing operation was predicated on the need to apprehend criminals who might want to hibernate in any part of Kano State. 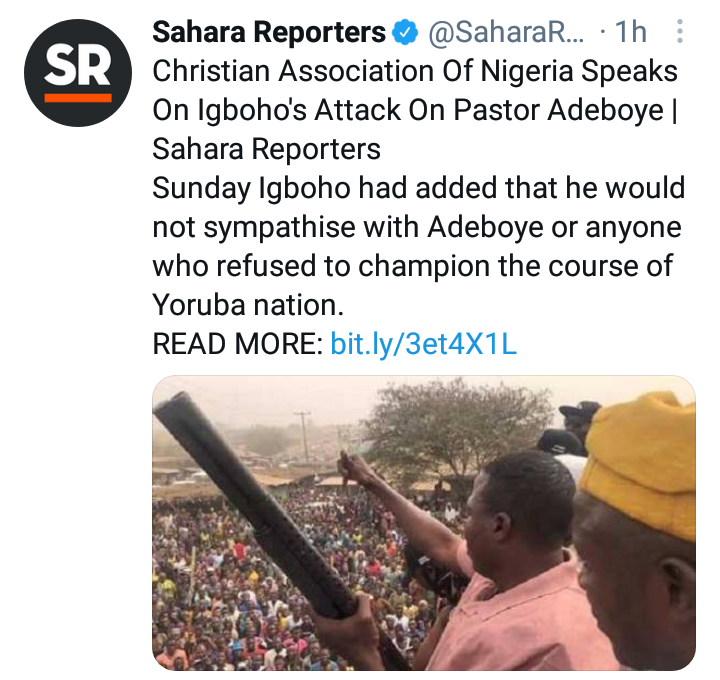 CAN noted that it had no comment for popular Yoruba nation activist, Sunday Adeyemo, more commonly called Sunday Igboho, who insinuated that some elders in Yoruba land did not support the agitations for secession and establishment of the Yoruba nation.

Pastor Bayo Oladeji, the Special Adviser to the CAN President, Rev Supo Ayokunle, stated this in an interview with SaharaReporters on Sunday.

Earlier today, Igboho had appeared in an interview, saying he would not offer his condolences to Pastor Enoch Adeboye, the General Overseer of the Redeemed Christian Church of God, over the death of his son, Pastor Dare Adeboye, because the cleric refused to support agitations for the Yoruba nation.

Sunday Igboho had added that he would not sympathise with Adeboye or anyone who refused to champion the course of Yoruba nation.

Do you know Marcelo? See the two EPL clubs he could be joining as exit speculation increases

Redeploy us to the South" NYSC Medical corps members cry out for redeployment from the North.

Arsenal in talks to sign top attacking midfielder who they were close to signing in 2019.