By Lovblazes (self meida writer) | 11 days 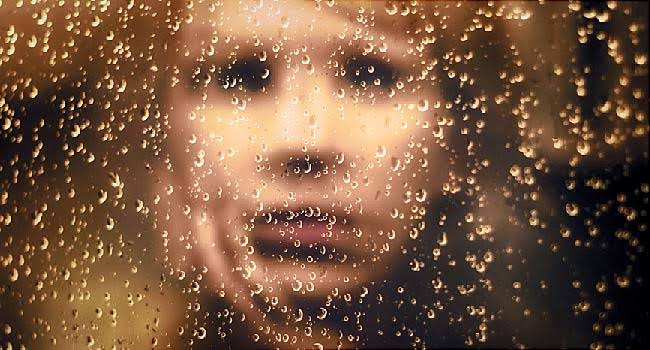 ~Photo Credit: Webmd.com. This photo is for illustrative purpose only~

In the beginning, life was very kind to Ada, she was born into an amazing family as an only child. She never want for anything because her wealthy parents were able to cater for all her needs.

She attended the best private university in the country where she met the man of her dreams and was convinced beyond doubts that he was the right man for her.

Even though her parents did not approve of this man, Ada eloped with him. This was the Genesis of her problems.

Her life took a drastic turn when her mother came down with stroke on hearing the news of her only child running off to marry against their better judgement. She died months later when this news was compounded by that of her husband having three sons with another lady.

The pain was too much for Ada's father to bear. He mostly blamed Ada for the death of his wife and recented her so bad that he willed all he had to his other children without sparing a dime for Ada.

When he died, Ada was forced to get a job since her source of income died with him. She went to her father's old friend, Mr. Ben, who was kind enough to get her a position in his law firm.

Things started looking good for her again until she took in and delivered her first baby. Like most women, this first birth greatly changed her body, giving her a more curvy and glowy appearance that appealed to many men.

Not minding that she was married, her boss suddenly developed inappropriate feelings for her. When he felt the time was convenient, he approached her and made known this feelings to her but Ada refused the advances and even went ahead to slap him.

From that time, Mr. Ben never bothered her again until years when on this faithful day, he called for a private meeting with Ada to discuss her promotions. Not suspecting a thing about the private meeting that was scheduled for after work, at the unholy hours of 10:00pm when all staffs have dismissed, Ada eagerly attended with high hopes for a new promotion.

Unfortunately, the meeting wasn't really about work so much as it was a convenient time for Mr. Ben to eventually have his way with her. He forced himself on her with a surprisingly unbelievable strength for his age and was no match for Ada.

By the time he was done, Ada was boiling with so much rage that all she could think about was revenge. Immediately he let go of her, she grabbed the pen on his desk and shoved it right into his abdomen multiple times. This seemed to calm her down a bit for her to eventually cool off and realise the gravity of her actions.

She took off immediately, left Me. Ben for dead without a second glance at him.

Few weeks later, Mr. Ben miracuriously recovered after he was found and rescued by the security men and rushed to the hospital. Fortunately for Ada, he didn't press charges, probably because he didn't want a whiff of his shameful act getting into the public space.

Months later, Ada was still contemplating what to do with her life and most especially, the pregnancy. She had lost so much. Her Job, her mind, worse of all, her husband, who dashed off the minute he learnt that she was pregnant with Mr. Ben's child. He tried convincing her to abort the baby but she refused because it was against her believes.

Two weeks shy of 10 months after the rape inccident, she delivered the prettiest baby girl eyes have ever seen. After the baby's delivery, a new kind of struggle began for Ada. Prior to the baby's birth, she thought she had put the rape incident behind her.

However, the moment she was handed the baby by the nurse, many kinds of emotions enveloped her and love wasn't one of them. It hit her then, this baby was a living reminder of all the troubles she had been through for the past few months. With stiff, shaky hands, she received the baby from the nurse with zero enthusiasm unlike the regular mom meeting her baby for the first time. Ladies will understand what I'm talking about here.

Few weeks later, she was discharged and sent home to her family of a 5 year old son with her new baby daughter. Her son, she loved unconditionally and helplessly. Her daughter on the other hand, she raised with emptiness, seeing it as a very hateful task she must perform. She once mentioned that she saw her daughter as a physical representation of her worse pains and sufferings. Watching her grow was like watching her pains grow, and this made her miserable.

Unknown to her, and not being able to help it, she began to develope disdain for her poor little girl. Nothing the child does ever pleased her.

At age three, the child, whom she named Wendy, was sensible enough to be living a very careful life in her own home. Sensing a not so concealed hatred from her own mother, she learnt early enough to watch every little step she takes, being careful enough to avoid the wimpiness and silliness of a typical three years old.

Her caring elder brother, always try his best to get her out of their mom's trouble but most times, it was a futile attempt. With Wendy, there was no pleasing their mother. Whipping can come at any time for little Wendy. She already has her cane kept within her mother's immediate reach, to be quickly retrieved whenever she was being silly.

One day, while Josh was away at school, Wendy got bored and grabbed one of his old toy cars to play with. Her Mother was was inside in her room and little Wendy was trying to keep her distance from her as usual.

In order not to disturb her, little Wendy went as quiet as she can get while moving the toy car on the floor. Unfortunately for her, the already bad toy car dismantled as she was playing with it.

After series of failed attempts to fix it, poor Wendy gave up. She got up, picked up the parts of the broken toy car and held for her mom's room. On her way, she grabbed her designated cane and went into the room where she dumped all she was holding on her mother's bed. She woke up her mom with a light tap and stretched fort her little hand to receive the inevitable floging.

Looking from the toy car parts and cane on the bed to Wendy, her mother couldn't help the rivers of tears that was streaming down her eyes.

"My God! What have I done? I'm as good as dead today." Poor Wendy thought to herself after seeing her mother's silent tears turned into uncontrollable wailing.

Wendy felt she has disappointed her big brother whom she made a promise to that she would be careful enough not to anger their mother. Now, she has not only angered their mother, but made her cry. She walked away from her mom who was still wailing into the pillows, went into the kitchen to grab a knife to kill herself just like that boy did in that cartoon she saw on the t.v.

She tried reaching for the knife hung on the wall but her hand couldn't get to it because it was far up. She climbed on a stool and tried again, but still it was to no avail.

Realising that he brother had a toy sword somewhere in his room, she went in search of it and found it lying in a corner of his room. Her mother appeared at the doorway and kept staring at her daughter with a heavy heart, full of regrets after seeing the level of damage she has done to her three years old angel. She leaped for her child when she saw her reach for the little sword and shoved it in her stomach, but, it was too late. The knife had already gone in. Her daughter's eyes roled back and her little body went limp and turned cold almost immediately. She checked but, no pulse, no breath, no heartbeat. She screamed out in pain but not a single sound came out.

Instantly, cold sweat poured all over her body and she felt something repeatedly hit her in her chest, shattering her heart in million places. When she couldn't take it anymore, she let out another scream and woke up to two pairs of worried eyes staring right at her.

Her son sat beside her in his pyjamas, with fear in his eyes, hitting her repeatedly on her chest in an attempt to wake her up from the nightmare she was having. Little Wendy behind him and to his side as if hiding. She was holding her brother's hand, trying to keep her distance from her mom for fear of stepping on her toes and the same time, standing close enough because she was genuinely worried for her mom. She looked at her eyes and saw so much fear and piercing sadness. Ada softened in two heartbeats, reached for her little girl, scooped her off the ground and hugged her to herself with true love for the very first time, vowing to love this little angel with all her heart from then on.

Her son cried out in joy and surprise and then jumped into the group hug. Thus, began a happy family!

A message to all mothers. Please, be mindful of the way you treat your children. Don't let the difficulties you are passing through jeopardize the love your love for your children or affect the way your treat them. Always remember to treat them with love and maintain a good attitude around them. They learn by watching you. Good homes spring forth good children which in turn make up a good society. Thanks for reading.

Content created and supplied by: Lovblazes (via Opera News )

After Prophet Odumeje Donated N1M For Ada Jesus Treatment, Read What Her Mother Said About The Money

Do you know that IBB, Abacha, Gowon and Tafawa are Not Hausa or Fulani, See their Tribes