By samnworah (self media writer) | 13 days ago 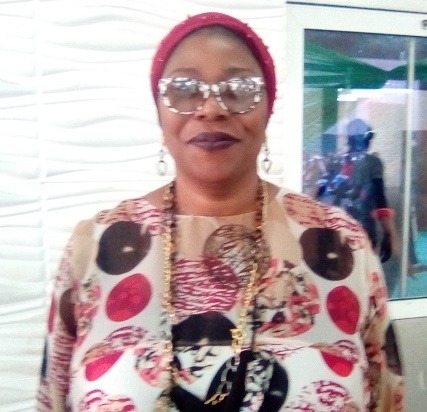 The special assistant to the Lagos State Governor on Housing, Toke Benson-Awoyinka has posited that Lagos State housing matter is booming to all stakeholders. She revealed this to newsmen at the 5th National House Fair in Abuja. Excerpts;

Q. May we know you officially?

A. I am Toke Benson-Awoyinka. I am the Special Adviser to the Lagos State Governor on Housing.

Q. Housing matters in Lagos State, what is your experience?

So, housing in Lagos I think is a boom for all. Market players right now are welcome because the state government cannot do it all.

People talk a lot about the housing deficit. I think we are looking beyond the deficit in housing because we are constantly building. Lagos is expanding as much as it can.

As you know, we really don't have land in Lagos. We have reclamations. We are also taking into effect the down side of it.

But we have to spread. Right now, we are a major construction yard.

Q. When we say housing in Lagos State, what are the prospects since the present governor came to office?

A. I can tell you that we have commissioned quite a number of housing units under the Ministry of Housing.

Before the end of this year, we are going to commission 774 units in Sango-Tedo housing estate which is also a Lagos owned project.

We are going to do Ibeshe, which is in Ikorodu. It is a waterfront estate. It is about 400 units. We are also probably going to do some joint venture commissioning with the Lagos State Property Development Company (LSPDC).

So, in all, before the end of the year, we should have about 2000 units commissioned.

Q. What efforts are you making to provide shelter for the common man in Lagos State?

A. What we are doing as government is great, apart from the private sector development which can come out expensive in a way because they are private and they are for profit organization. But what we as the state government found out is that putting down that bulk money is cumbersome or not being able to be afforded by the people of Lagos.

So, we call it rent to own policy. So, it is like you are paying rent but you will eventually own the property.

We do a pre-qualification process which means that you must have a static monthly income. And that does not mean that you have to work for SHELL Organization or GTBank. It could also mean that there is consistency in your deposits in your bank account on a monthly basis.

So, that pre-qualification process is when you pay 5% and you can move in. And you can pay the balance over the next ten years.

So, that is how we have been able to bring the low ladder into home ownership in Lagos State.

Q. What are the challenges of affordable housing in Lagos State?

A. The usual challenge like all over the country is that it is not affordable. So, we have made up our mind that we are doing mass housing or social housing; quality social housing. We buy the same building materials. We go to the same plank and iron market.

We really cannot say it is affordable. We are making a conscious effort to make sure we are not doing it for profit.

Q. What is your message to the people that gave you an award?

We have gotten awards. This is the fourth award in three months on the regulatory aspect of Lagos State Ministry of Housing.

Before now we didn't have any regulations. It used to be free for all.

Right now, the people know that they have recourse to the government when they have fraud claims. They don't even have to pay for the prosecution.

So, we are watching the back of our citizens. We are putting in guidelines, to make sure that both the developers, the housing sector, and the people of Lagos are in good stead.

So, I want to thank them for the recommendation.

Q. Thank you for your time.

Content created and supplied by: samnworah (via Opera News )

30 Stylish Packing Gel Hairstyles You Can Make This Coming Weekend