By PDOLLSWORLD (self meida writer) | 1 months

The more the people cry out against police brutality, extortion and murder in the society, the more you see the complaints rise. People are taken to rage when oppression seems to be on the increase. The last protest of the end SARS peaceful protesters, came as a result of unfulfilled promises made and as usual, the government tend to sweep the whole incident of all that happened at the Lekki Tollgate, 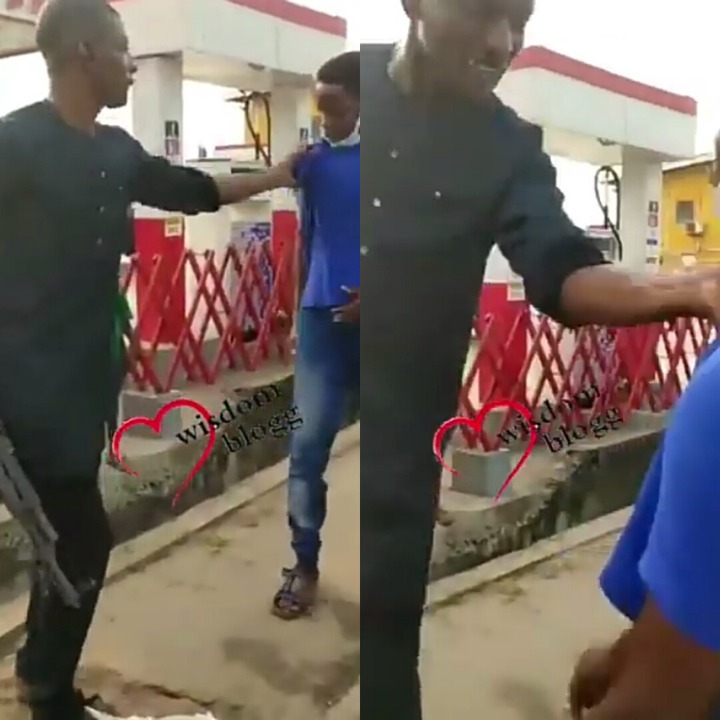 on Tuesday October 20,2020 under the carpet but the people revolted in another protest, following the order given for the reopening of the Lekki Tollgate. We need to do more and do better than we have previously done. In a trending video I came across today March 9,2021 is a video showing an alleged police officer with a gun and assaulting a man, by holding his shirt and ordering him to move his car from blocking the entrance of the filling station. The man who was been assaulted, could be heard asking why was he (the police) not allowing the queue for fuel to go as they are. Instead of him answering politely, the officer got offended by his question, and immediately went into his office, brought out a gun and was threatening him with an arrest but the man stood his grounds, saying he doesn't know who he is. Who do you think is at fault here?

Checkout what a Danfo driver use as his Fuel tank (photos)

Before leaving for church, Declare these powerful prayer points