17 Years Old Girl Kills Her Neighbor By stabbing her in Kano.

A 17-year-old girl resident of Shekar Maidaki area of ​​Kumbotso Local Government Area of ​​Kano State has stabbed a neighbor to death.

The spokesperson of the Kano State Police Command, DSP Abdullahi Haruna Kiyawa, made the announcement while presenting the suspect to the media in Kano on Saturday. 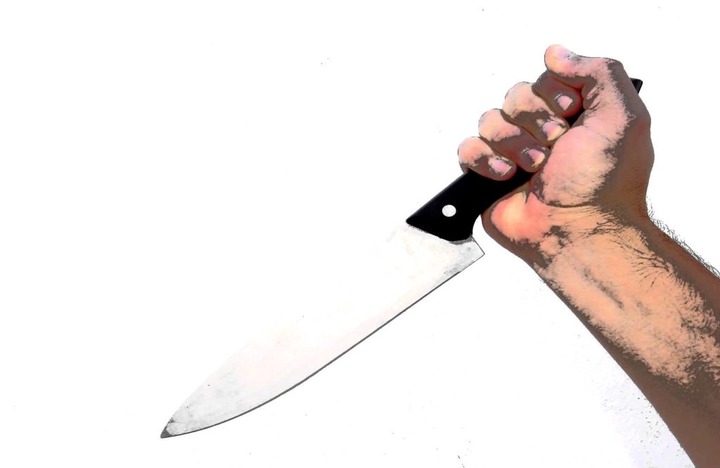 He said the force had already arrested the suspect in the murder of 28-year-old Bahijja Abubakar.

Kiyawa said the suspect stabbed Bahijja in the neck, leaving her bleeding.

"She was taken to hospital, but later said she has give up her life," the spokesman said.

He said the officers acted on the orders of the State Commissioner of Police, CP Sama'ila Shu'aibu Dikko when he received the news of the incident.

The spokesman said the suspect was arrested by officers of the Kumbotso Local Government Area, under the command of the local police, SP Mudassir Ibrahim at a hideout in Zawachiki area of ​​Kumbotson.

He said shortly after receiving the report, the commissioner ordered a manhunt for the suspect.

"Within 24 hours, our officers arrived and arrested the suspect. She was rushed to the Murtala Muhammad Specialist Hospital in Kano, but Bahijja died at about 8am. 00 on Saturday morning when she was being cared for.

"We managed to arrest the suspect, who was also living in the area the same day, around 10:00 am in her hiding place," Kiyawa said.

According to reports, the suspect confessed to the crime during the beating.

An eyewitness at the scene said they were successfully separated at the time, but the suspect later picked up a sharp knife and stabbed the victim that led to her death.