By Mediateehem (self media writer) | 9 months ago 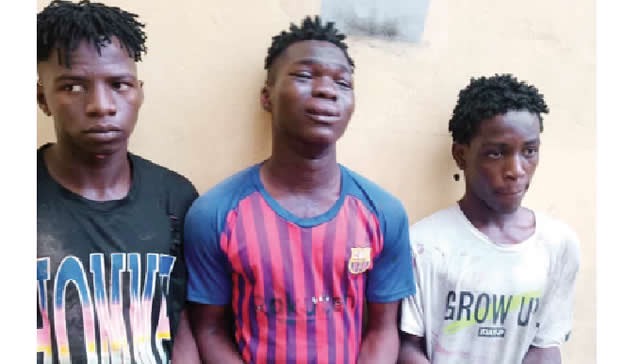 According to a news that was posted by Punch Newspaper this morning, it has been alleged that the men of the Ogun State Police Command have successfully arrested four teenagers, who were planning to attack their rivals in a secondary school in Lagos before they were arrested by police operatives.

In the information that was given by Punch, it was alleged that the suspects, whose names were given as Tosin, Sunday and Olayinka were on Friday arrested at the Alakuko axis of Lagos State while they were about to take on their rivals.

According to what the spokesperson for Lagos State Police Command said, CSP Adejobi Olumuyiwa made it known that prior the attack, police already got information of what wanted to happen, as they were rounded up by operatives while they were about to release mayhem on their targets. He further made it known that the suspects targeted their rivals in Junior Secondary School in Akinyele, Alakuko area of the state, as he revealed that Tosin and Olayinka are Students of Community High School in Ijoko area of Ogun State while Babatunde is a secondary school pupil in the Dalemo area of Ogun State, as the fourth person, whose name was given as Sunday was learning tailoring in Dalemo area before he was arrested on Friday. 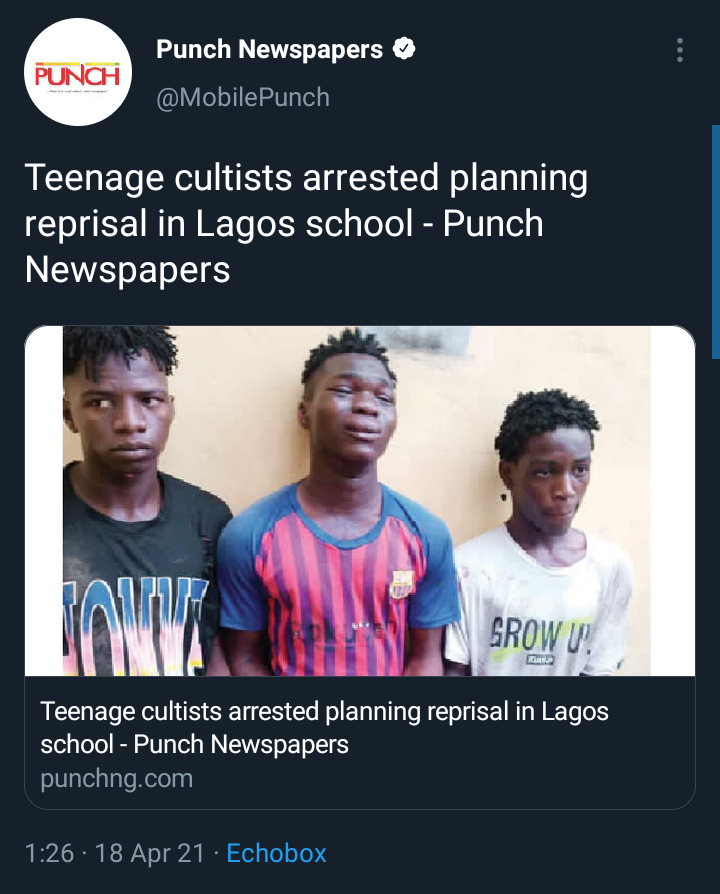