Today's Headlines:Shekau Kills His Commander After Appointing A New One, Badaru Speaks On Insecurity

By GistFrank (self meida writer) | 17 days

The Federal Government has declared Monday (3rd May, 2021) as public holiday in order to mark this year’s Workers Day Celebration.

The Minister of Interior, Ogbeni Rauf Adesoji Aregbesola, who made the declaration on behalf of the federal government, congratulated Nigerian Workers for witnessing this year’s celebration. 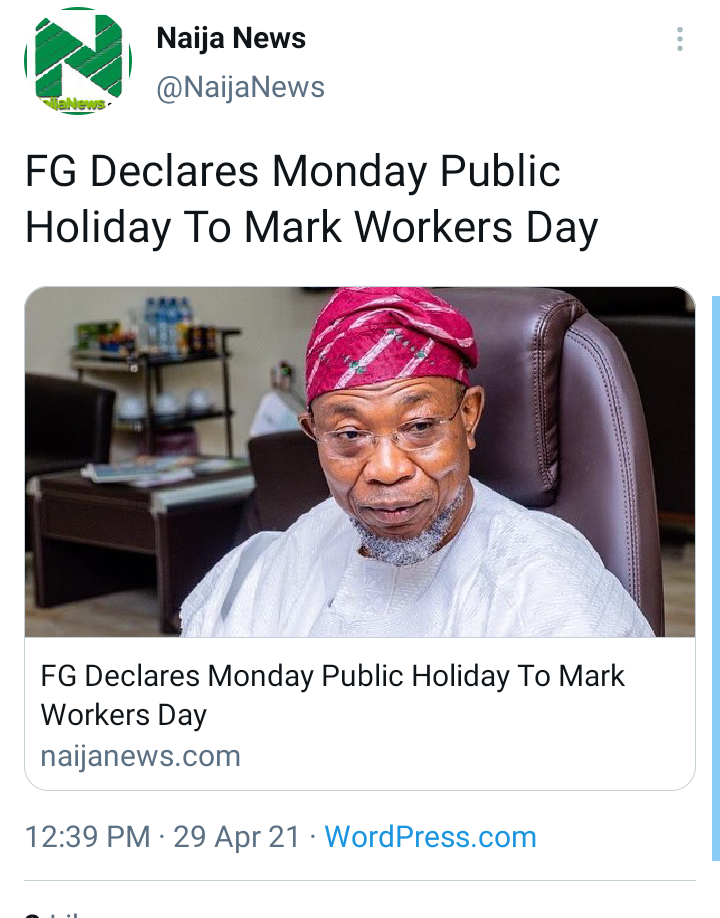 He commended them for their patience, understanding and support in driving the policies and programmes of the President Muhammadu Buhari-led administration in its determination to move the country to the next level of socio-economic development.

Aregbesola called for more dedication and patriotism from all Nigerian Workers and the Labour Unions, saying the challenges of the moment will soon be over as the government is committed to the security of lives and property of all Nigerians.

Recently, Bello Matawalle urged residents of the state to defend themselves against bandit attacks but ensure they do not break the law.

Naija News reported that this was made known in a statement signed by the State Commissioner for Information, Ibrahim Magaji Dosara on Wednesday. 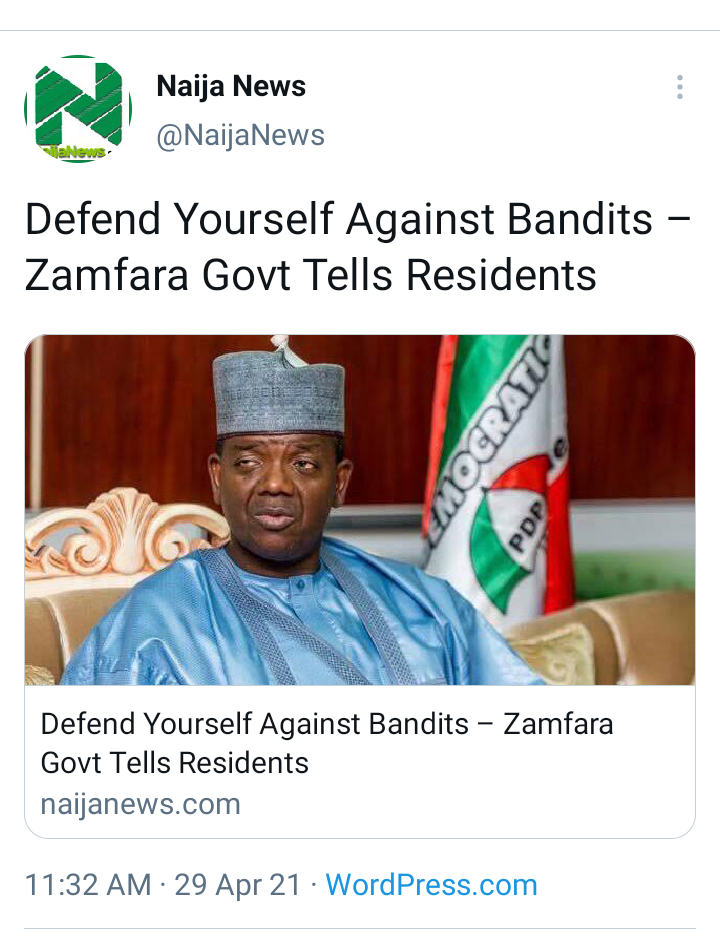 Dosara also stated that the police have apprehended 35 criminals comprising mostly kidnappers, informants and those aiding and abetting banditry in the state.

3) Shekau Kills His Commander After Appointing A New One. 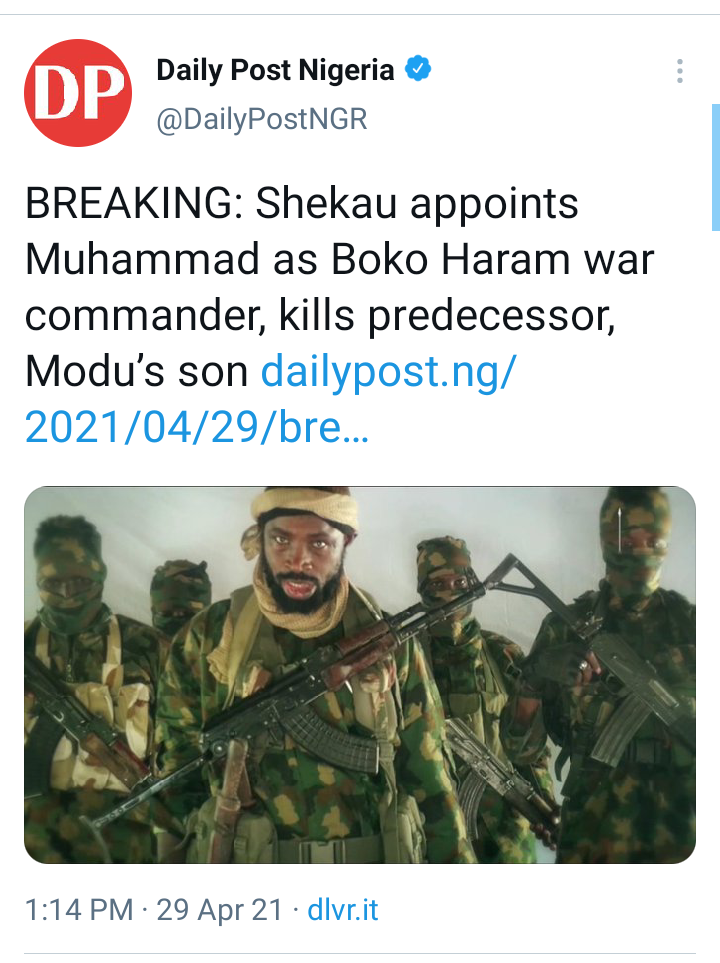 According to PRNigeria, Shekau personally shot and killed Abu Fatimah last week for allegedly betraying the sect. An informant said that two other senior commanders were also eliminated by Shekau. 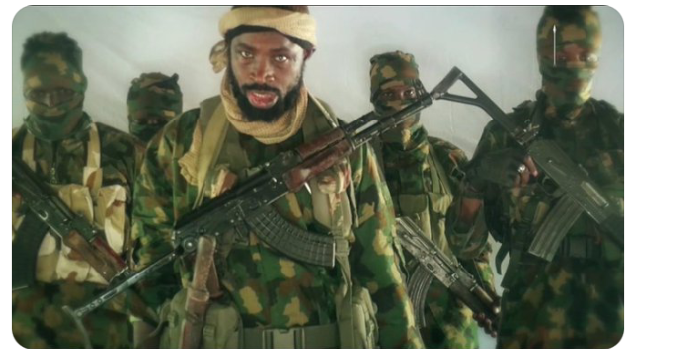 The Governor made the call while addressing the council of ulama during a courtesy call on him at the state Government House in Dutse. 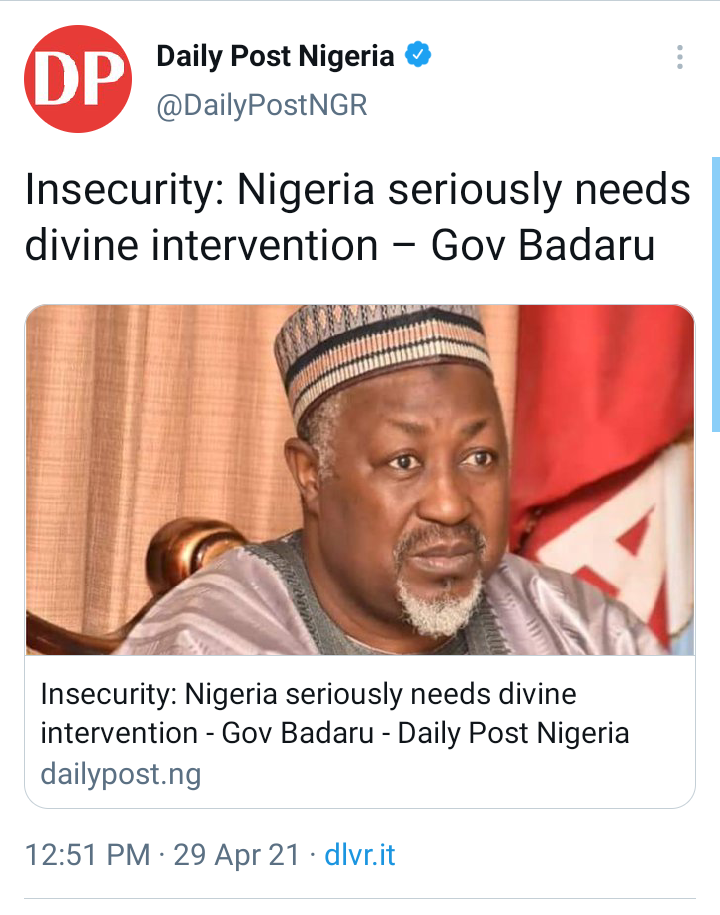 He made the statement while reacting to the rising insecurity across the country.

DAILY POST reported that the Boko Haram insurgents have captured many towns in Yobe, Borno and Niger states.

According to the Governor, Nigeria now needs divine intervention more than ever as the security situation worsens in all parts of the country in recent times.

“I do not allow public perception to change whatever I have with Nengi” -Ozo to Ebuka.