I Want Her Killers Of My Daughter Dead -Fatima Aliyu's Father

The father of the late Fatima Aliyu who was brutally murdered in Mina just 50 days after she got married has finally broken his silence and spoken about his daughter's death to Daily Trust. Recall that the Late Fatima was gruesomely murdered and her body set ablaze just few weeks after her wedding. After her death, it was suspected that her co-wife Amina Aliyu was responsible for her death and she has been arrested alongside other accomplices and they will be taken to court once investigations are complete. It is reported that she went to Fatima's house, murdered her by hitting her on the head and then set the house on fire.

Photo of the late Fatima. 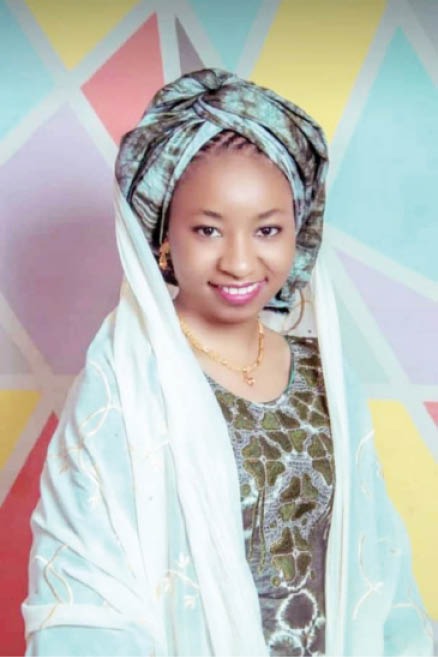 Speaking in an exclusive interview with Daily Trust, her father Malam Ibrahim Yayaha Sidi Na Khalifa said that he wants justice for his daughter. According to him, the holy Qur'an supports anyone who asks for justice when their loved one is murdered. He quoted that the Qur'an says: We had ordained for them, a life for a life. He added that he would only consider forgiving his daughter's killers if the incidence was that of unintentional manslaughter which is not the case. 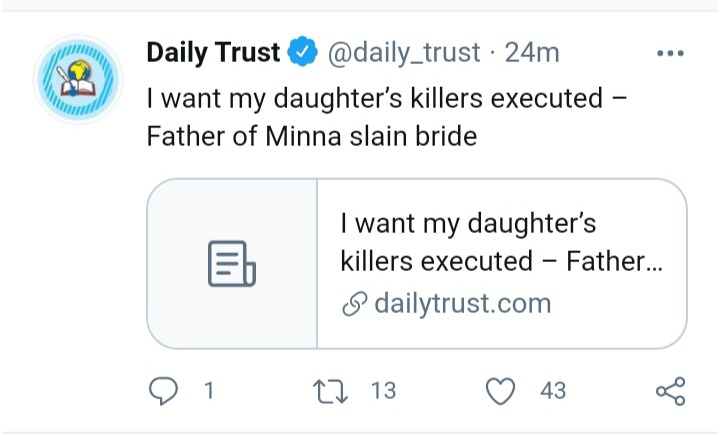 Fatima with her dear father on her wedding day. 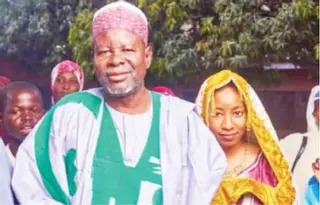 He however rejoices that the prophet Mohammad had promised anyone who was killed unjustly that they will dwell in paradise. That makes him happy despite the he hurt that comes with losing a beloved child who was born in 2002. His late daughter got married to Aliyu Abdullahi on January 29, 2021 but her marriage did not last because if the jealousy of a co wife which is really sad. She has been buried and we hope that her killers are brought to book when investigations have been concluded. 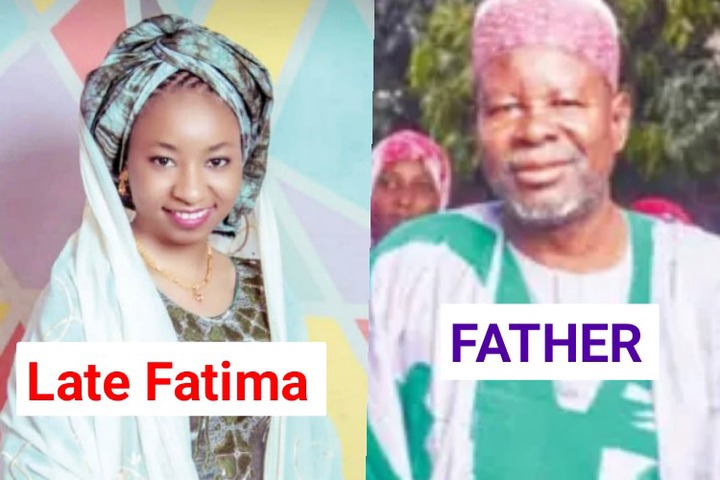