By Toptrendsmedia (self media writer) | 2 months ago 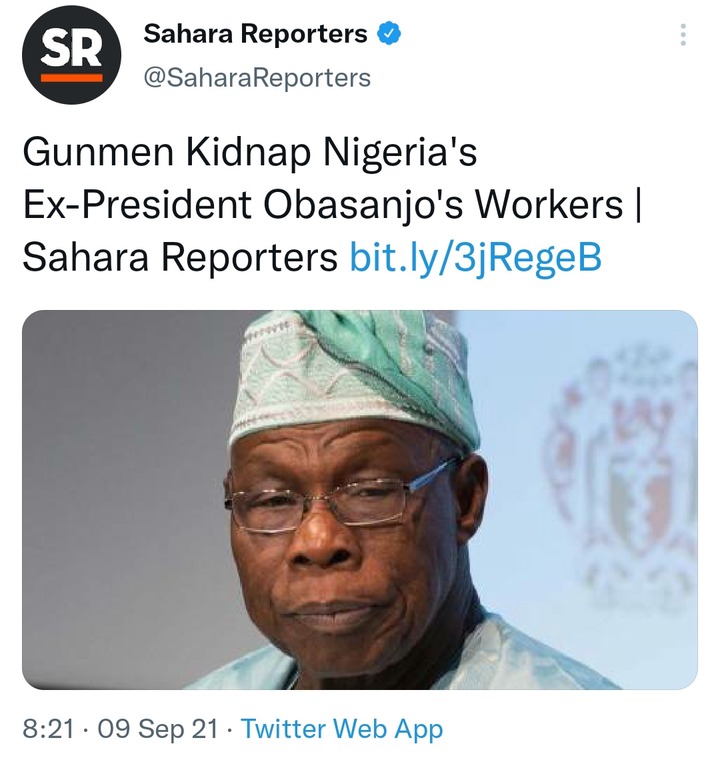 The gunmen waylaid the three workers at Obasanjo Holdings, owned by the former president, in Kobape in the Obafemi-Owode Local Government Area of the state, The PUNCH reports.

The source the workers abducted are the financial controller, group auditor and group store manager of the company

The source said, “They were abducted around 4pm at Seseri village after their Hilux car was shot at by the gunmen, who took them away." 18 Passengers Abducted In Ondo by Gunmen 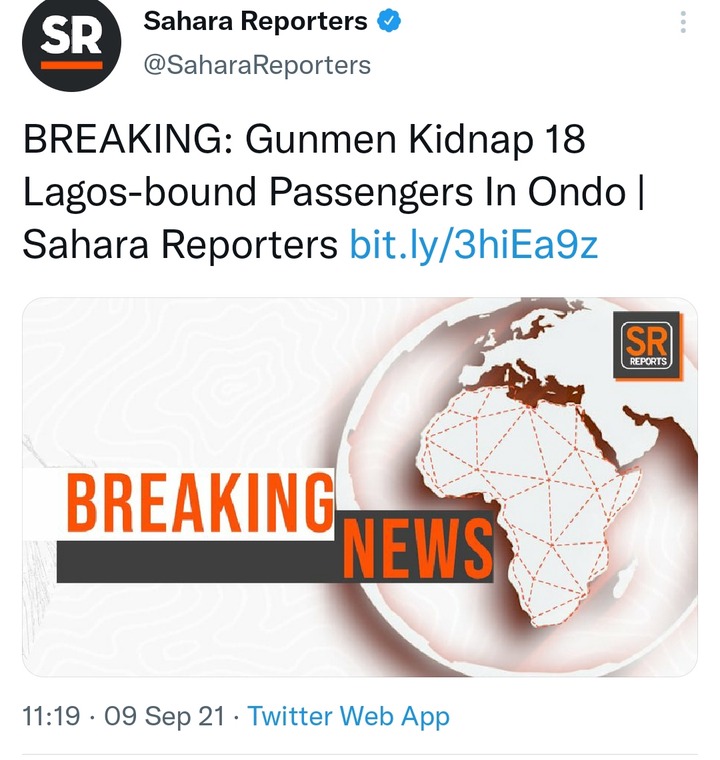 At t least eighteen passengers heading to Lagos have been kidnapped in Ondo State.

The passengers, who were travelling in a Toyota Hiace bus, were said to have been abducted along Idoani-Ifira Akoko in the Akoko South-East Local Government Area of the state.

They were said to have been marched into a forest after their attackers ordered them out of the vehicle at gunpoint.

The incident reportedly occurred on a failed section of the major road. 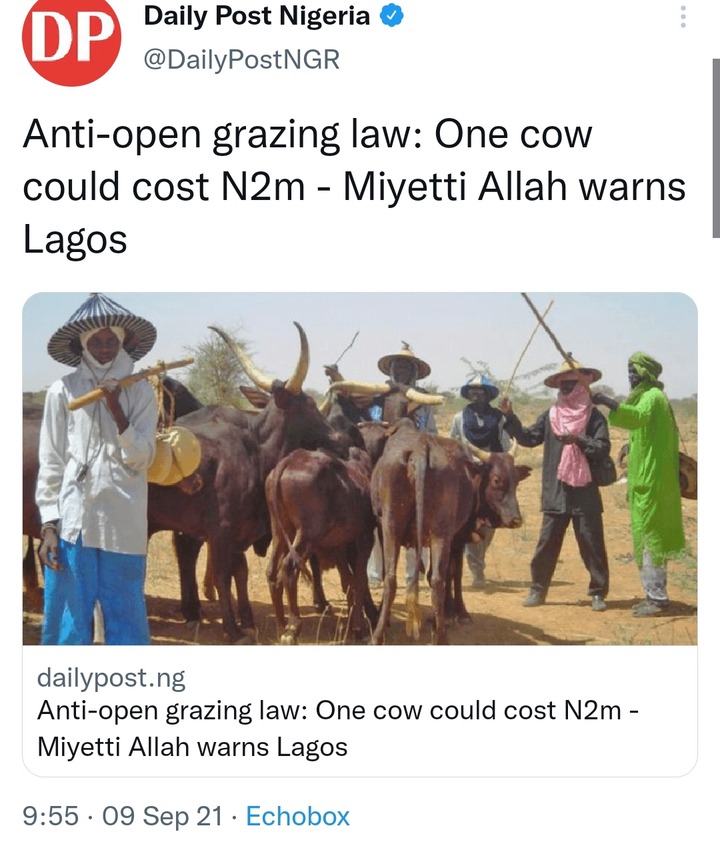 Miyetti Allah Cattle Breeders Association has warned that the price of a cow could skyrocket to N2 million in Lagos State if the government goes ahead with the anti-grazing bill.

Meikudi Usman, the Zonal Secretary of Myetti Allah Cattle Breeders Association, MACBAN, in the South West, stated this during a one-day public hearing organised by the Lagos State House of Assembly.

Recall that the anti-grazing bill was on Monday sent to the committee on agriculture after it scaled second reading at the House of Assembly. 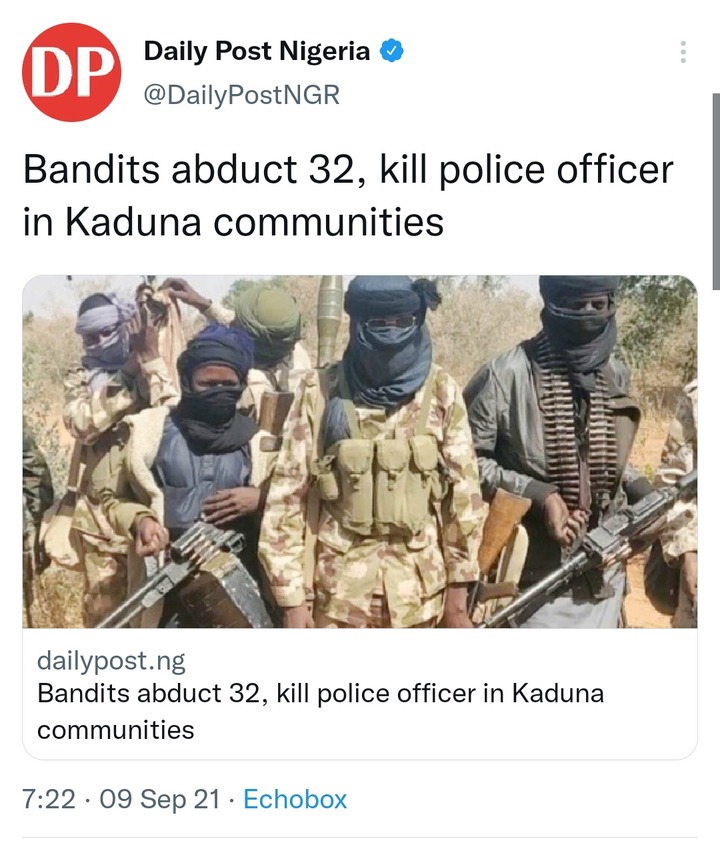 A resident of the area, Mr. Shuaibu Joshua said the bandits stormed the villages in large numbers and started shooting sporadically.

According to him, “The bandits first attacked Ungwan Maje, where they abducted 16 persons, majority of them were women and children.” 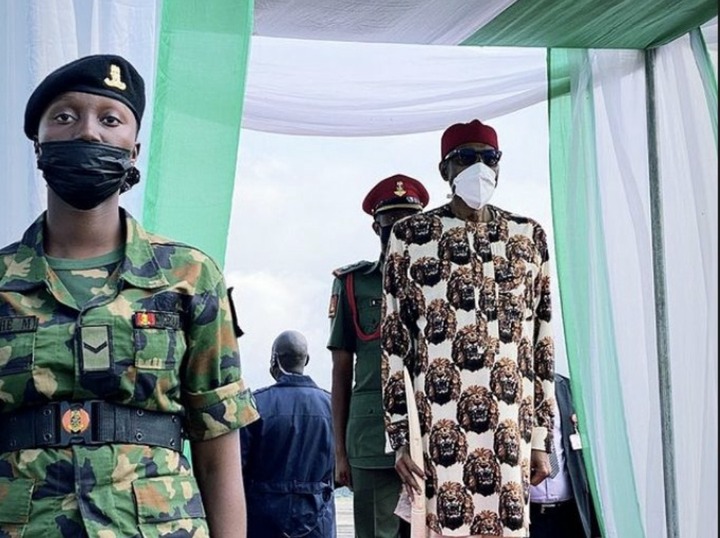 Nigeria’s President, Muhammadu Buhari is currently in Imo state to commission some projects and meet Igbo leaders in the region.

The President landed around 9:30 am on Thursday and was welcomed by the state governor, Hope Uzodinma.

President Buhari performed ‘Guard of Honor’ duty at the airport shortly after landing.

Several Imo residents heartily welcomed the President to the state amidst rumours of a ‘sit-at-home’ ordered by the proscribed Indigenous People of Biafra, IPOB.