By Storyteller0 (self media writer) | 1 year ago

According to reports, a 30-year-old woman named Blessing Jimoh was arrested by men from the Ondo state police command for allegedly murdering her mother, Ijeoma Odo.

According to the nation newspaper, Blessing claimed she killed her mother with a cutlass after a pastor accused her of being a witch.

Blessing, who was paraded with 11 other suspects at the Akure police command headquarters, stated that she has four children and committed this crime while they were away working at a farm in ile-iluji area in ondo state.

Bolaji Salami, the commissioner of police in Ondo state, announced that the suspect, Blessing Jimoh, would be charged in court soon. According to reports, the pastor is on the run.

Blessing while claiming to be mentally unfit confessed:

“It was something inside of me that drove me to murder my mother. I'm not pleased with what I did. I used a cutlass to sever her neck. It was a Pastor who told me she was a witch, so I went to beg her. My mother is from the state of Enugu. We've been searching for the pastor but we have not seen him". 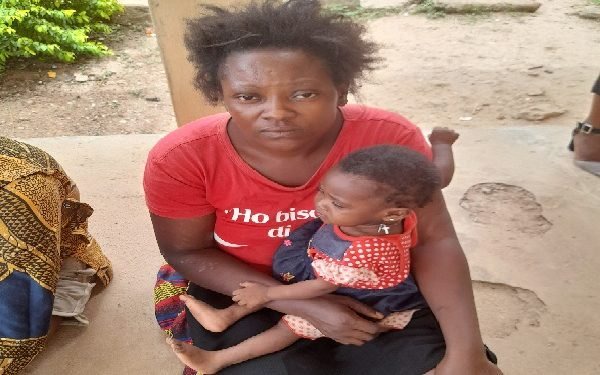