It was Providence that saved the lives of motorists in two vehicles on Saturday, May 29, when the driver of a trailer carrying a container suddenly lost control of his vehicle and crashed into the two vehicles.

The incident happened around 3:30 p.m. at Agric intersection inward Ogolonto, Ikorodu, when the driver of the trailer carrying a 40-foot container suddenly lost control ostensibly as a result of brake failure and rammed into two vehicles.

It was gathered that the trailer first hit a mini-truck carrying gas cylinders, causing the mini-truck to also hit a Toyota Corolla with registration number BDG 974 IE, damaging both vehicles in the process.

According to reports, the incident caused massive traffic gridlock on the busy Ikorodu Road as many people rushed to the scene of the incident, making it difficult for some time for emergency and traffic officials to control the situation. 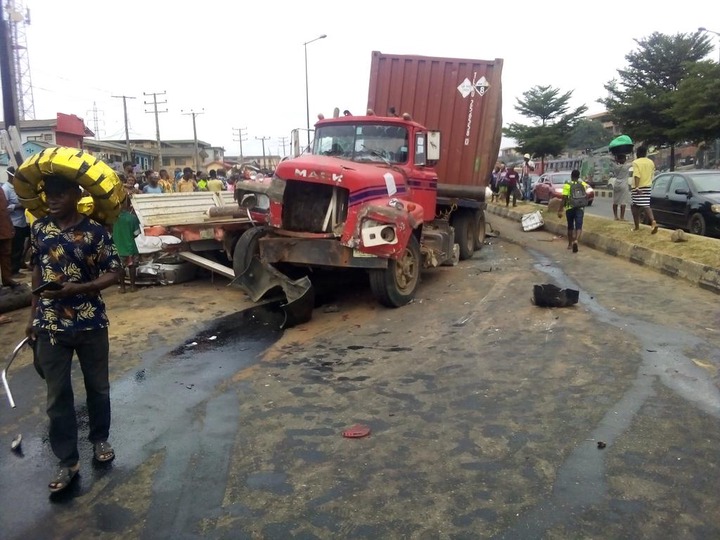 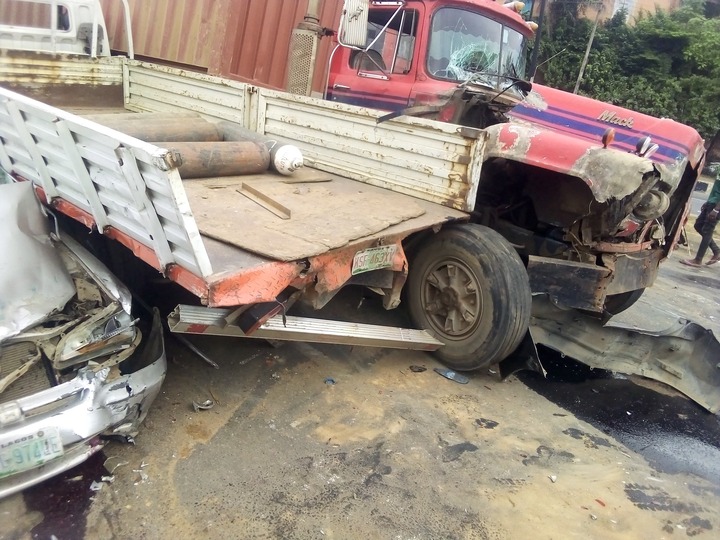 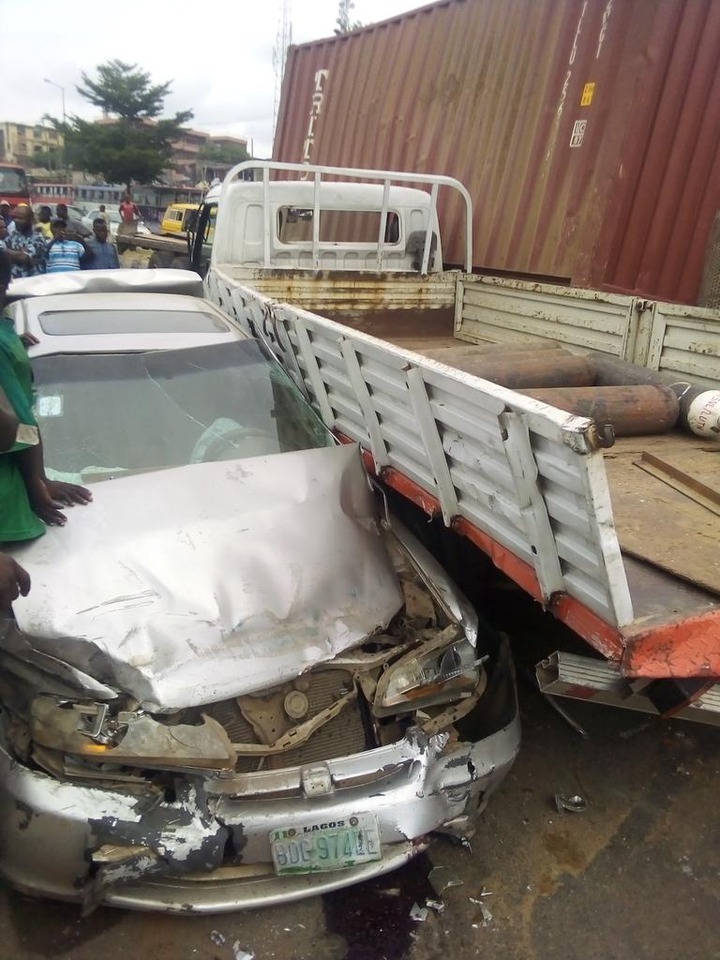 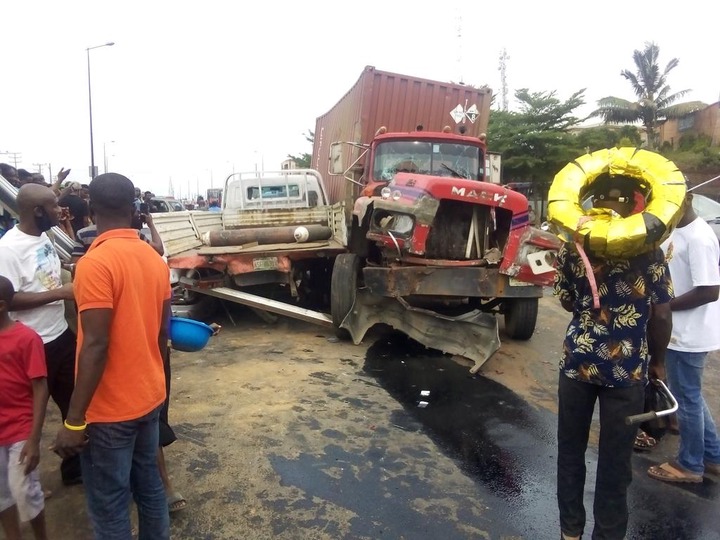 As a result of the impact of the accident, almost all the gas cylinders the minitruck was carrying littered the road while the bonnet, the headlamps and the passenger side of the Toyota Corolla were also damaged in the process.

As of the time of this report, the two vehicles involved in the accident have been moved away from the road while efforts are being made to also remove the trailer and its container off the road.

According to LASTMA's tweet: "Report of accident involving a trailer carrying a 40-foot container which crashed into two vehicles at Agric intersection inward Ogolonto, Ikorodu.

"Efforts are on to evacuate all vehicles involved. LASTMA officials are managing traffic effectively."