No fewer than 18 people were reportedly killed in the early hours of Monday as armed bandits invaded Maza-Kuka Community, Mashegu Local Government Area of Niger State. 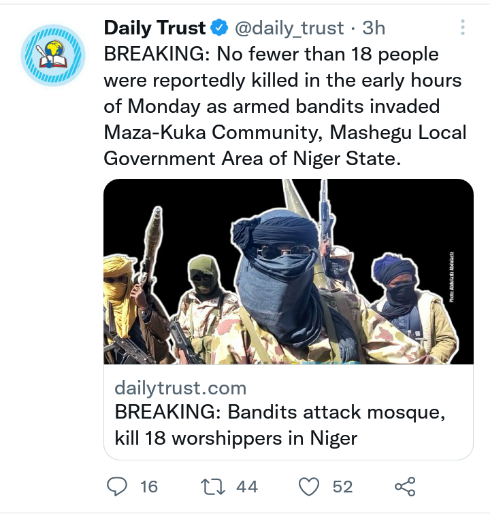 Sources told our correspondent that armed men, in large numbers, stormed the community on motorcycles and went straight to the mosque while the victims were observing their early morning prayers and killed 18 people.

﻿Sources, who spoke in confidence, said the attackers shot at the worshippers at closed range in the mosque, leading to the death of them while many others were also injured. 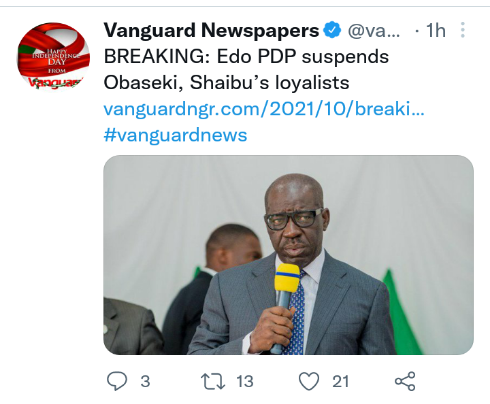 Most of the allegedly suspended members are the new PDP that defected from the All Progressives Congress, APC with Governor Godwin Obaseki and his deputy, Philip Shaibu. 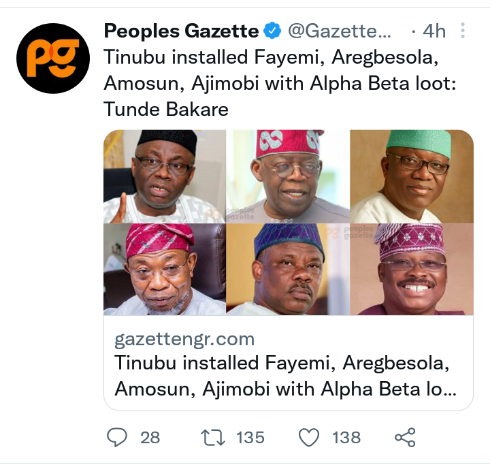 In an interview with ThisDay, Mr Bakare spoke of how “remarkable” Mr Tinubu used the looted Alpha Beta funds and other resources in “capturing the whole of South-West” region and installed governor Kayode Fayemi of Ekiti and former governors Ibikunle Amosun and Rauf Aregbesola, including the late governor Abiola Ajimobi of Oyo state.