24-year-old man caught with charms, after he was accused of killing his village members. (Photos).

A 24-year-old man has been apprehended for allegedly using charms to kill people in the village. 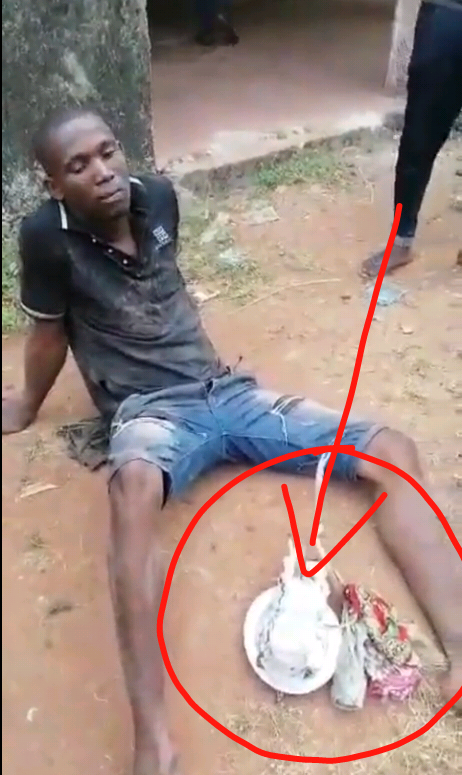 The 24-year-old man, named Onyeka, who is also a commercial motorcyclist, was accused by the members of the community of using charms to cause troubles in the community.

The incident happened, on Tuesday, February 2, in Otta village, Oraukwu in Anambra state. 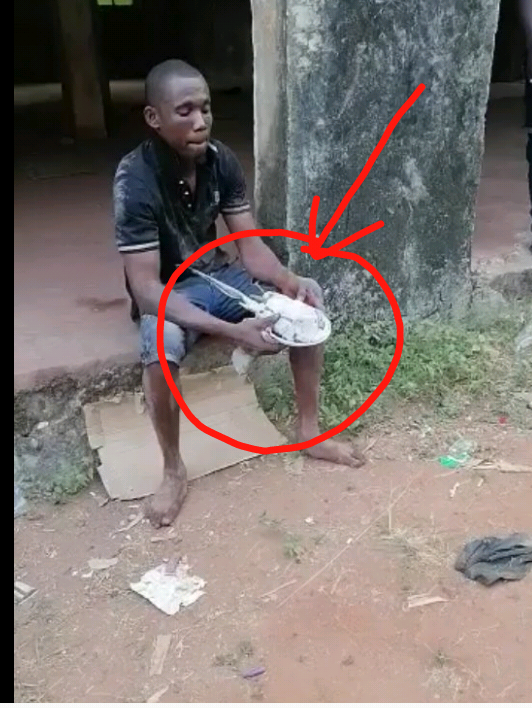 A video shared online showed the young man, named Onyeka, carrying a plate of charms which were discovered in his house by the villagers, who raided his compound.

A voice in the video said that, at the age of 18, Onyeka killed one of his friend, Samuel Aniekwe, because of a girl. The voice said Onyeka and his deceased friend started having issues because of a girl both of them had interest in. Onyeka later poisoned his friend and he died. 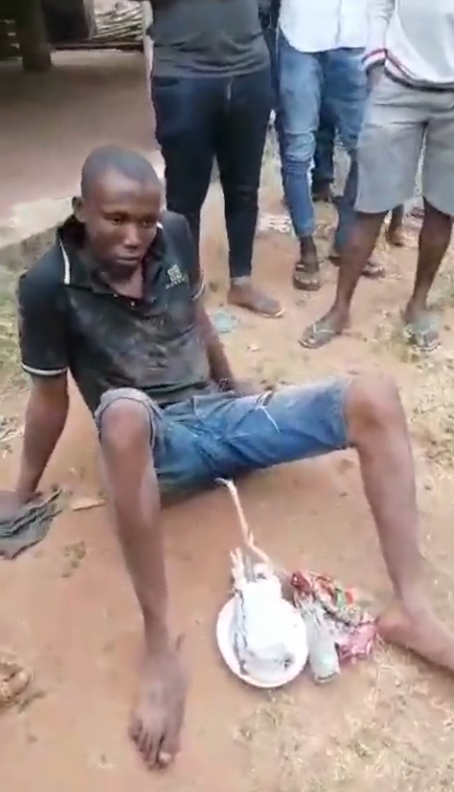 They said that Onyeka told his mother that he will kill Samuel, and also when Samuel was sick in the hospital, he always screamed the name of Onyeka, asking him to leave him alone.

They also accused him of causing the madness of other young man known as Chidi, a member of the community too. The villagers said he has claimed the responsibility for Chidi’s madness. 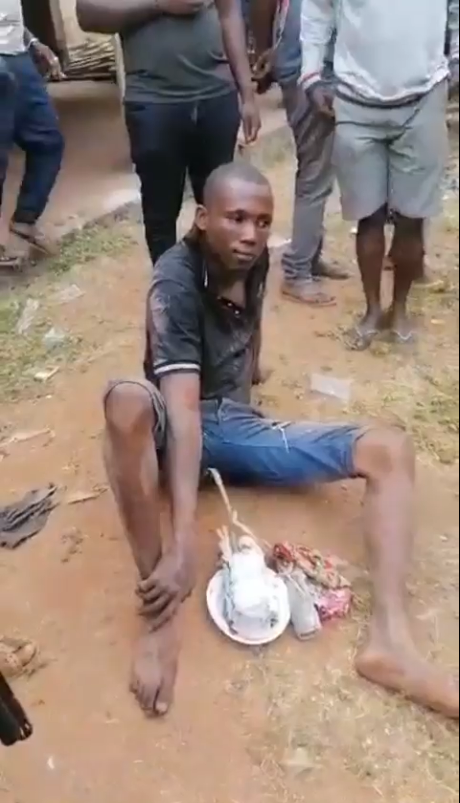 The villagers asked him why he only use his charms for bad things, why can’t he use it to travel abroad and make money instead riding Okada in the vilage.

The villagers didn’t reveal the reasons why they are certain that Onyeka is guilty of all the allegations.

However, they insisted that he must untie all the people he tied with charms, including those he made mad.