'He Doesn't Give Me Transport Fare Whenever I Come Visit Him,' Lady Who Burnt Her Lover's House Says

By ReignJerry (self meida writer) | 22 days

On the 21st of April, an incident happened in Achusah Area of Makurdi Town in Benue State as a 29-Year-Old Lady went to her boyfriend's House and set it ablaze after they had a little unresolved quarrel at his house. It was reported that the lady carried out the act around 9:00Am after her boyfriend had left the house. The lady waited for the man to leave for work after they had the little quarrel and she set the house ablaze.

The flames from the man's house attracted neighbors who quickly stormed his apartment in an attempt to put out the fire. Before they got to the place, valuable properties were already burnt to ashes inside the house, leaving only the building intact. The man's neighbor gathered the lady who burnt her boyfriend's house to prevent her from escaping as they called the Police who stormed the House to arrest her. 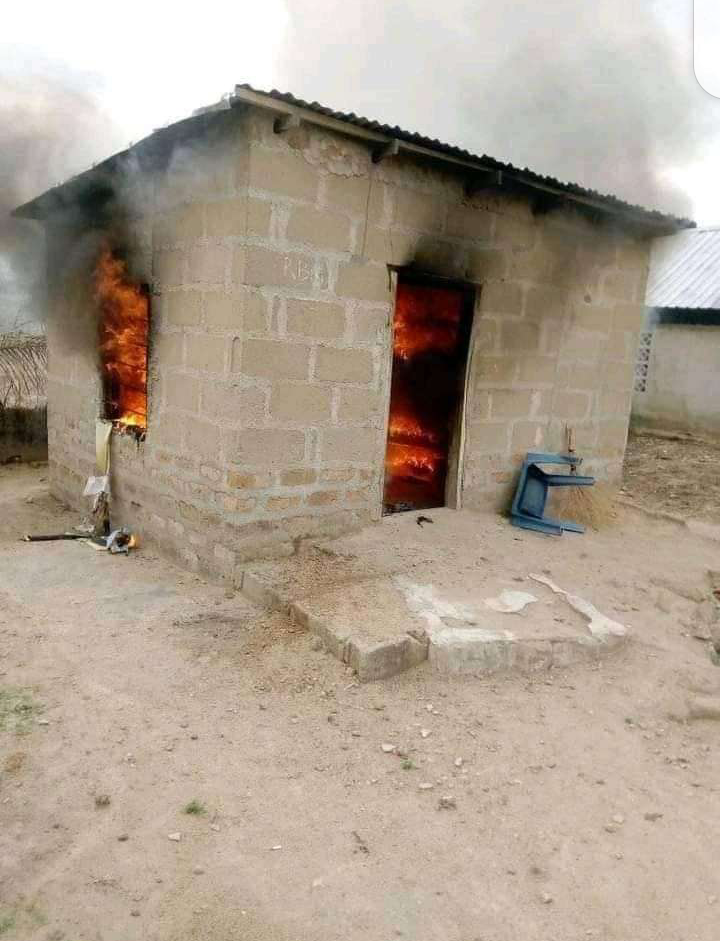 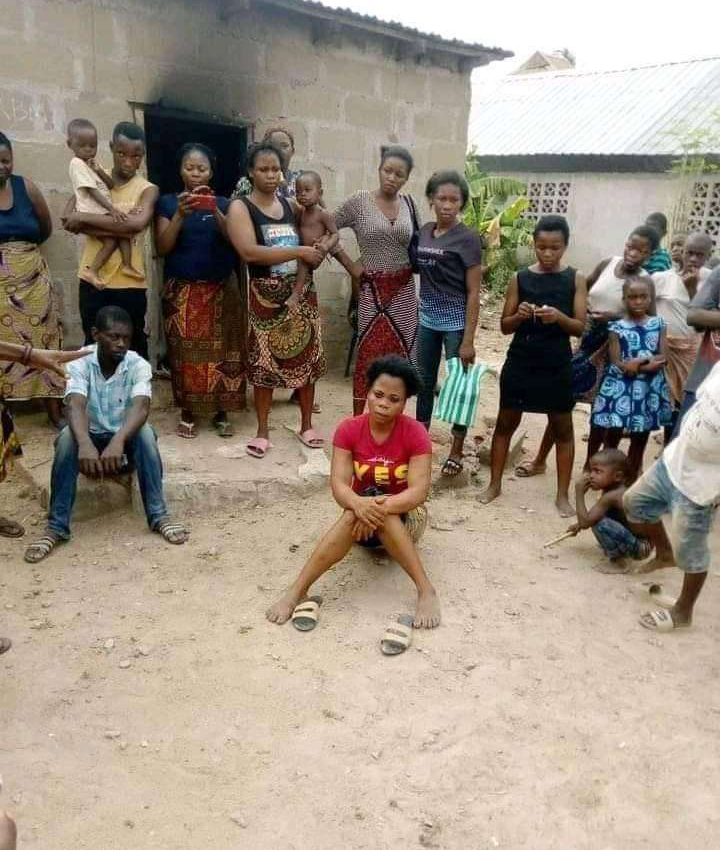 According to reports reaching the writer, ReignJerry from LindaIkejiBlog, the lady has revealed that she burnt down his house because whenever she comes to his house to visit him from the village, her boyfriend does not give her transport fare back to her village. The lady who is pregnant for her boyfriend said he does not take care of her considering her condition and that he cares less on how she feeds and cater for herself.

A witness who gave his name as Joseph said that he normally see her at his place and most times she complains that he doesn't give her transport fare back to her village. The lady added that most times she relies on her relative to help her financially without her boyfriend who got her pregnant showing any interest to help her financially. The witness said that both lovers quarreled on Tuesday night after she demanded transport fare from him, the argument and disagreement were partly settled while both lovers slept. 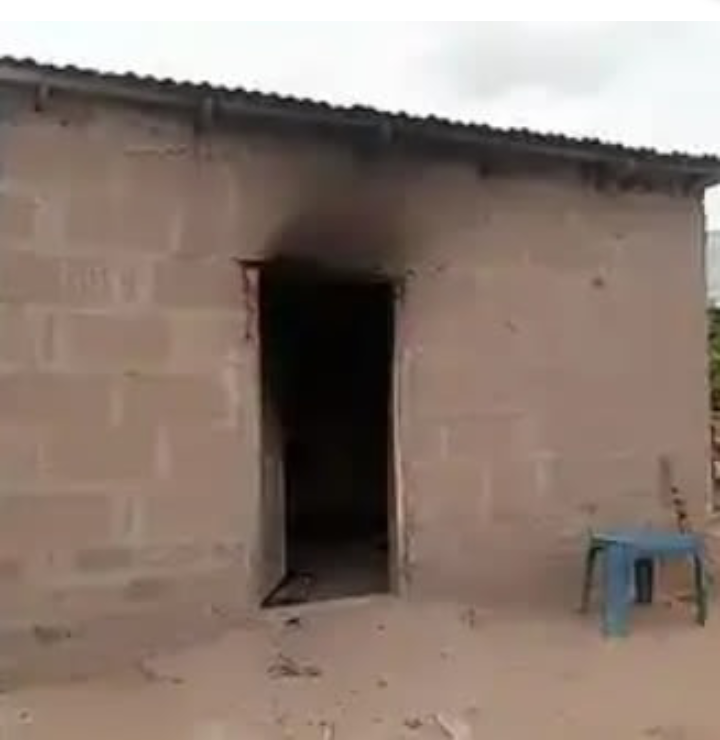 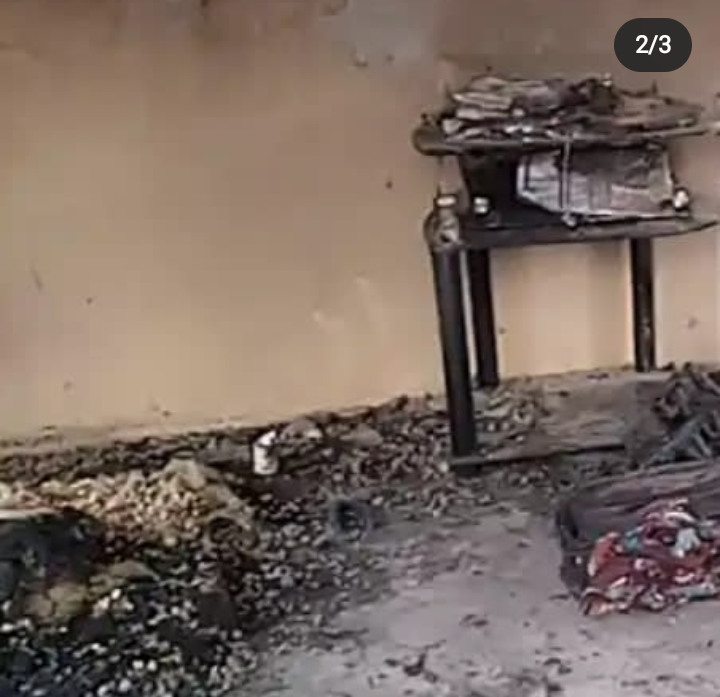 The witness added that onWednesday morning, she allowed her man to leave the house, brought out her few belongings and set the house ablaze. "She tried to escape but she was apprehended and handed over to vigilante. He said neighbors told them to quietly resolve the issue without involving the Police. 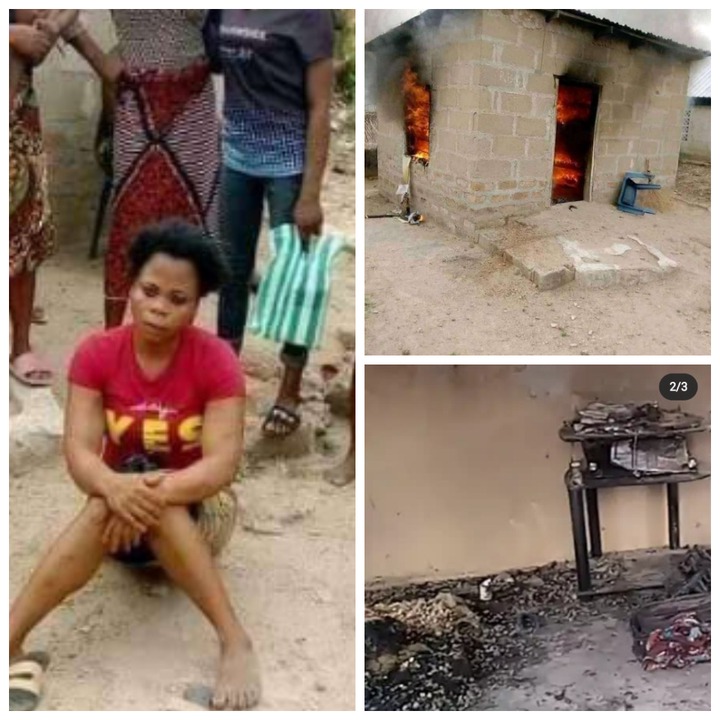 This lady was not showed care and love by the man who got her pregnant, does this justify her action?

Ladies, Check Out 40 Classic And Exquisite Ankara Styles For You

Lady Declared Missing On Thursday Narrates Experience As She Was Freed By Suspected Kidnappers.