We'll Be Law Abiding In Clamour For Oduduwa Republic – Akintoye. 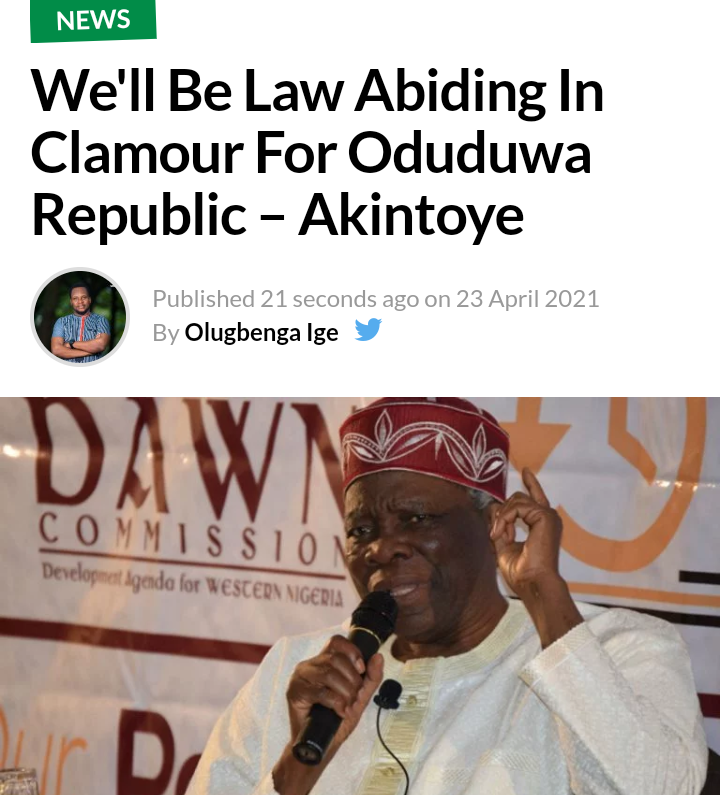 He said: "This is the way we of the Yoruba self-determination movement operate and will always operate, and it is our expectation as law abiding and peaceful citizens that Nigeria's law enforcement agencies will continue to cooperate with us and make it possible to operate in the peaceful and law abiding manner as we are now universally known for.

You don’t know who you are dealing with – Presidency tells Buhari’s attackers. 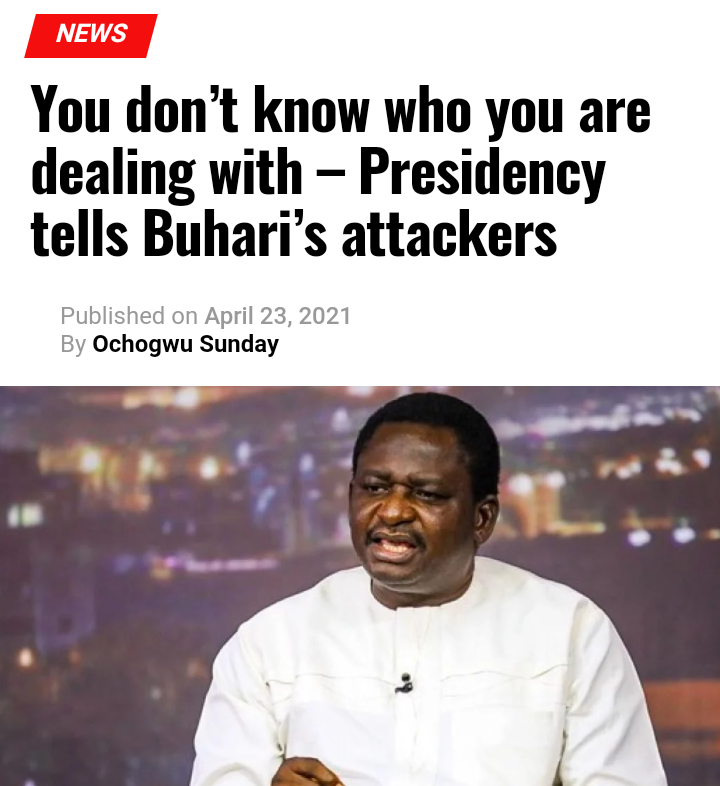 The presidency has said Nigerians who often attack President Muhammadu Buhari and his administration, may be ignorant of his real identity.

The Special Assistant to the President on Media and Publicity, Femi Adesina, in this week’s edition of ‘Fridays With Femi’ tiled, ‘HOUNDING THE PRESIDENT. WILL THEY EVER LEARN?’ said Buhari is prudential in his approach to issues, particularly by ignoring irrelevant comments from haters.

Adesina who lamented the opinion of some Nigerians regarding Buhari’s health status, said the president’s life is in the hand of the Almighty God.

According to him: “Some Nigerians have made it a pastime to pester and attempt to browbeat the President. I laugh. They don’t know the person they are dealing with. A cool customer. Never flustered, harried or disconcerted.

Another Jailbreak Attempted In Kano Prison. 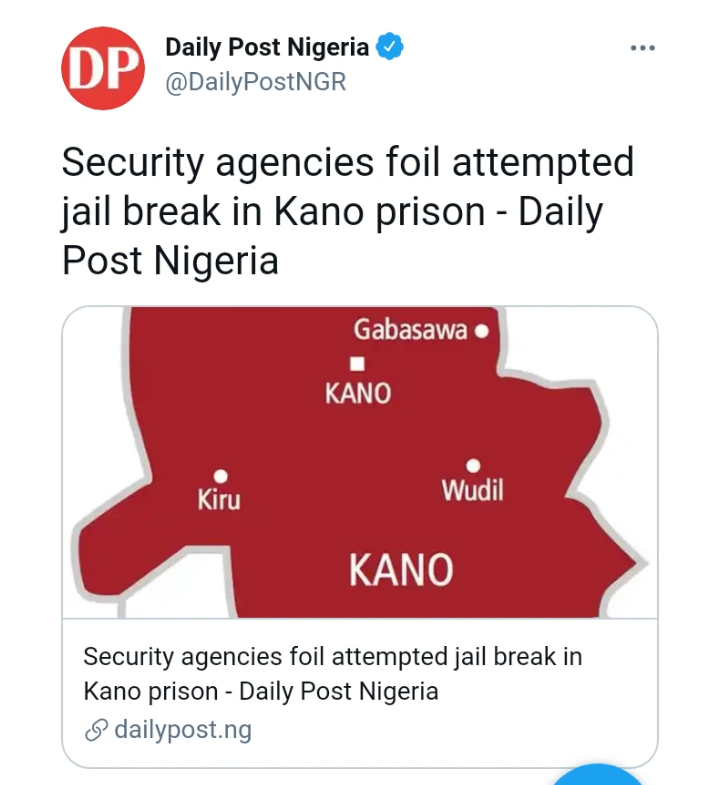 Security agencies, on Thursday evening, quelled an attempted jail break by inmates of Kurmawa prison, located within the precinct of Emir’s palace, Kano.

DSC Musbahu Lawal Kofar Nasarawa, the Public Relations Officer, Kano State Correctional Center, told reporters in Kano that there was an attempt by some condemned prisoners to cause pandemonium in the prison.

He disclosed that the dispute was triggered by an attempt by the prison officials to retrieve illicit items found with the prisoners.

He said the crisis has no link with either lack of food supply or poor quality of the food.

The imagemaker revealed that normalcy has been restored as all inmates are back in their confinement.

Sporadic gunshots were heard within the centre as most residents settled to break their fast Thursday evening.

DAILY POST reports that unconfirmed report initially had it that the commotion was triggered by the poor quality of food they are served for iftar, despite the fact that a philanthropist, Alhaji Abdussamad Rabiu, provided adequate food items to cater for the Ramadan needs of the prisoners at the facility. 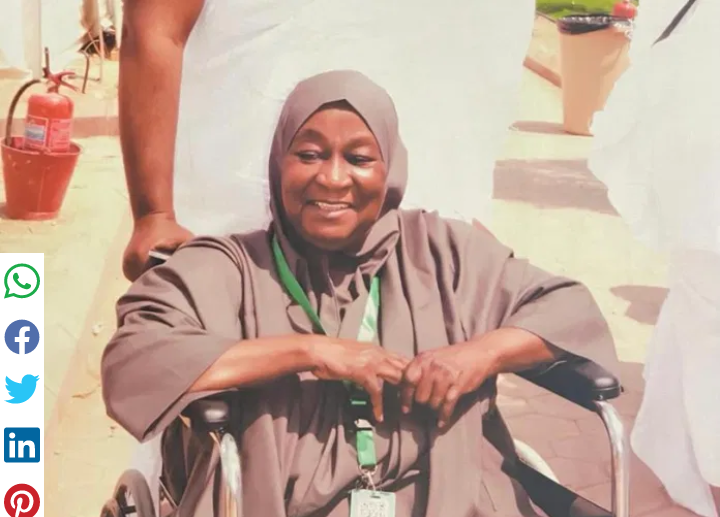 Aishatu Ahmadu Bello, the second daughter of the late Premier of Northern Nigeria and Sardauna of Sokoto, has died at the age of 75.

The deceased was a widow to the late Marafan Sokoto, Ahmad Danbaba.Her son Hassan Danbaba confirmed the death to DAILY NIGERIAN, saying she died at a Dubai hospital after a brief illness.

Mr Danbaba said arrangements are being made to fly her remains from Dubai for burial in Sokoto.

She left behind five children, among whom are a prominent business man, Magajin Garin Sokoto Hassan Danbaba and Asmau, the wife of Sarkin Sudan Shehu Malami. 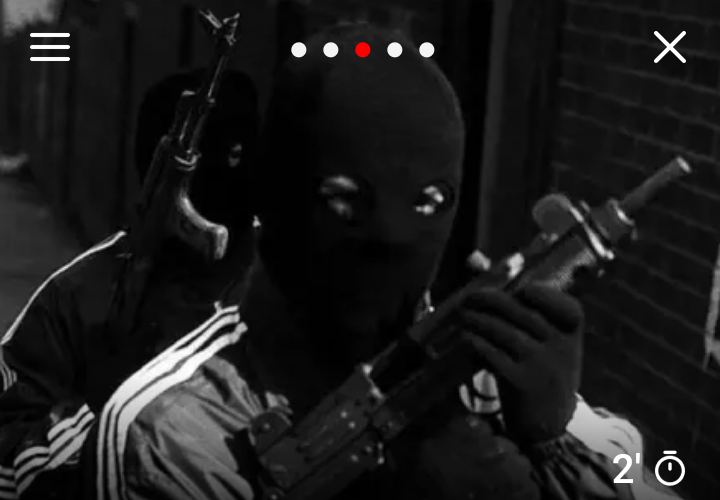 Barely 24 hours after gunmen abducted students of Greenfield University in Kaduna state, two nurses who worked overnight at the General hospital in Idon of Kajuru Local Government Area of the state were abducted by gunmen on Thursday morning.

While confirming the incidence, Chairman of Kajuru local government area, Hon. Cafra Casino, called on the people to remain calm as investigation has commenced into the kidnap of the two nurses.

Though the authorities are yet to respond to the incident, Dr. Shingyu Shamnom, Medical Director of the hospital, told journalists that the gunmen wielding dangerous weapons gained access to the hospital through the fence.

According to Dr.Shamnom, the gunmen forcefully gained entry into the hospital, shot sporadically, and whisked away the two nurses on night duty who came out and identified themselves as medical workers. 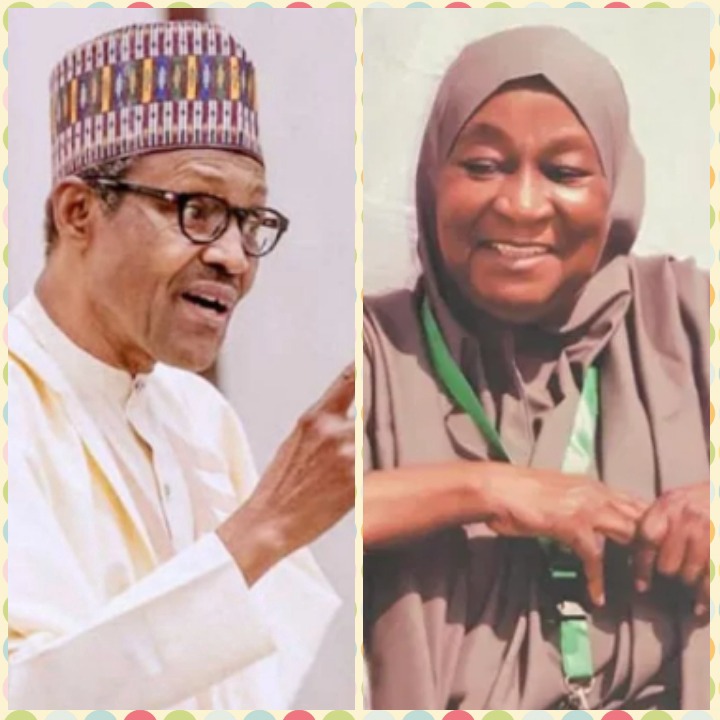