It comes after the State Police Command on October 19 banned #EndSARS protests, saying the Command will not stand aloof and allow the “breakdown of law and order”.

The video shows the man, identified simply as Adedotun, being dragged away into a Black Maria, a security van, by at least three officers. He can be heard telling the officers that he is innocent, adding that he is an UBER driver. 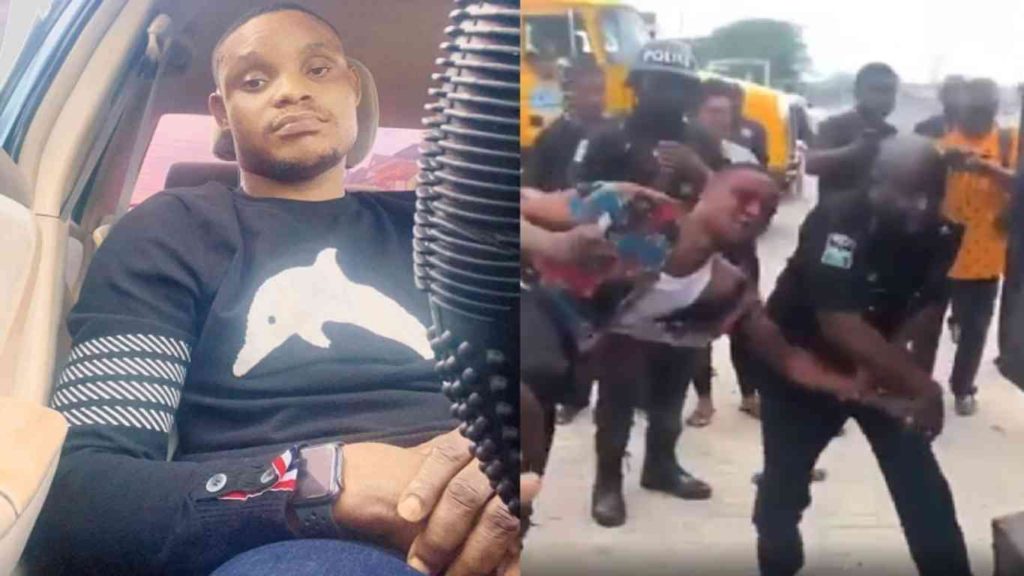 Apparently, to ease the arrest, an officer sprays a substance into the eyes of the alleged protester while another officer slammed the uncooperating driver onto the van’s door.

Many on Twitter have offered criticism over the manner police officers handled the alleged demonstrator. Others have however attacked him for resisting arrest.

@Hlimited said: “Pure nonsense. All this could have been avoided if the guy obeyed simply police order. It’s criminal to resist lawful arrest. If you leave Nigeria today do you think that the young man’s conduct is acceptable anywhere? Look, am against police brutality but we need reorientation.”

@MarvinXL1 said: “And nothing will Happen. Even if they shoot this guy in the head on Live TV When we realize that we are finished we will take other steps that crying day afternoon and night.”

@honilatte_ said: “The world won’t help us, we’re stuck with these monsters.”

On Wednesday, Nigerians commemorated the first anniversary of the 2020 #EndSARS demonstrations that sought to put an end to police brutality. Many protesters were reportedly shot dead although authorities have continued to say otherwise.

Armed with Nigerian flags, citizens drove through the Lekki toll gate in Lagos, where the shooting took place last year, and memorialised those who were killed.