When I wanted to stop them from fighting, he brought out a grinding stone and broke my leg - Mutairu

By JosephAkintunde (self media writer) | 19 days ago 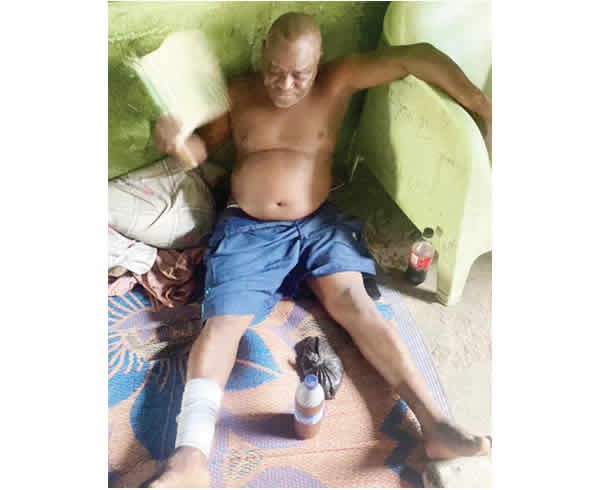 Speaking on the incident, an eyewitness said he doesn't know the cause of the fight. The two of them were fighting when the community came out to separate them and stop the fight. It was at this point that Nofiu Odunsanya went inside and brought out a grinding stone. He threw it on the leg of the peacemaker and broke his leg. He was rushed to the hospital and he was transferred from hospital to hospital before he was finally accepted in one. They placed plaster of Paris on his leg and he's getting better now.

The incident was reported to the nearest police station and Nofiu has been arrested. As we speak, he is in custody and he would be punished for it. Police while speaking on the matter said he would be punished. Though there has been a rumour that his family wants to get him out without being punished, the police said this is not true. If he was released without being punished he would think, he can do anyhow and escape with it. Also, others would be taught a lesson from it. 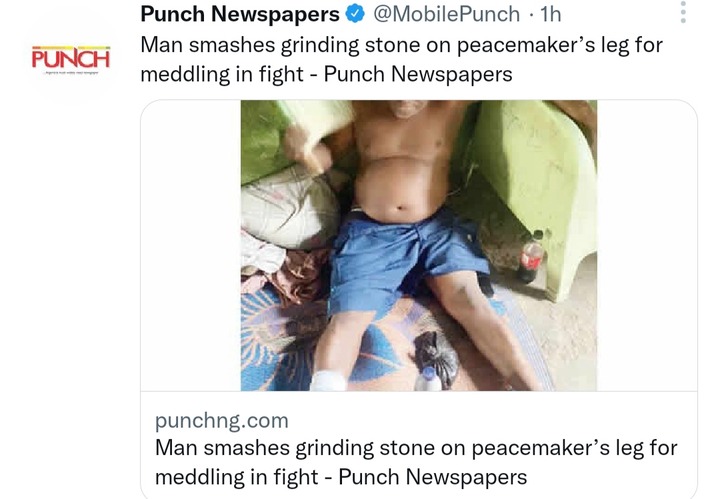