A man who survived the recent building collapse in Akure has revealed how he had earlier warned his landlord concerning his action before the unfortunate incident. During his interview with Channels TV, the victim revealed how the incident led to his mother's death while one of his children is presently seeking medical attention. 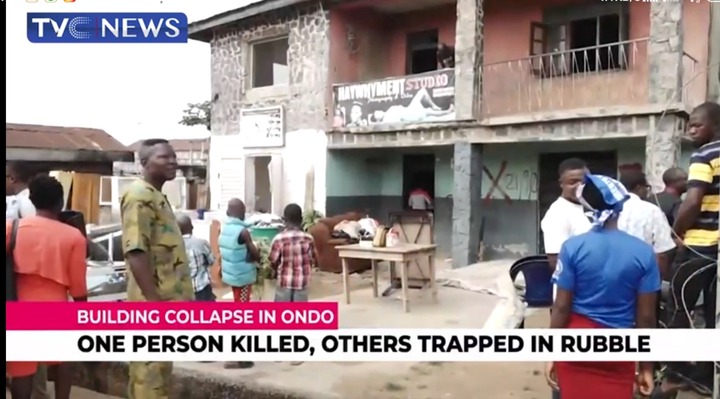 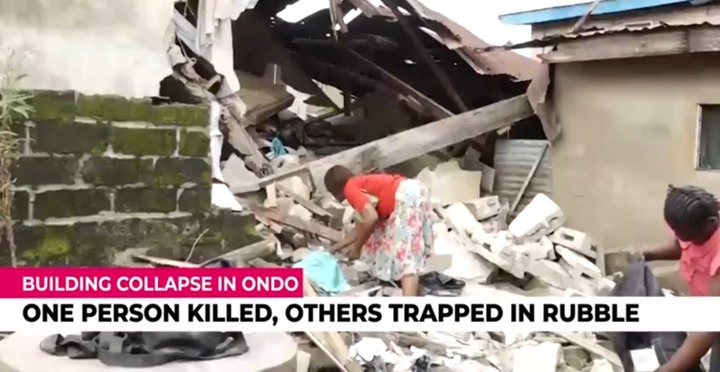 Occupants of a building in Akure, Ondo State, were thrown into a panic in the early hours after their building collapsed. The incident reportedly happened in the Akure South Local Government Area of Ondo State (LGA). Many have since trooped to the scene of the accident to assist the victims. 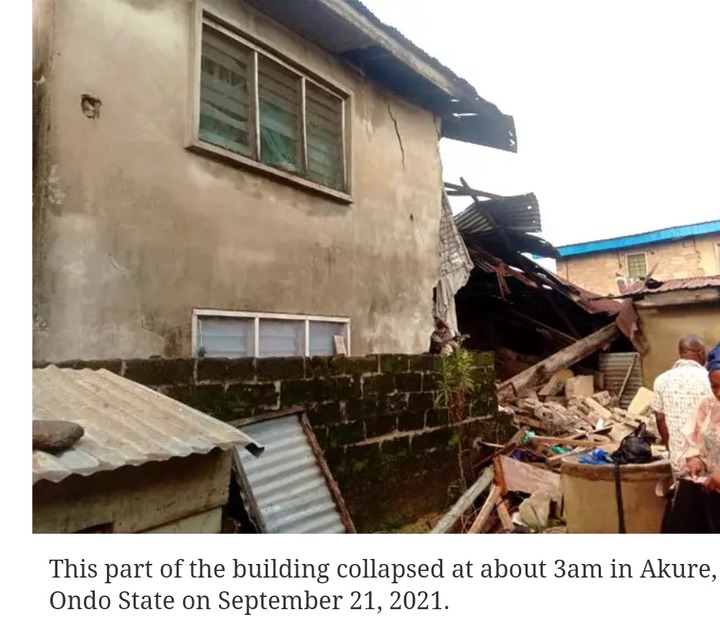 Speaking during his interview, the man whose mother died from the building collapse said, "We heard the collapse around 3 am, and we found ourselves on the ground. My children were sleeping in a separate room, but four of them miraculously survived the accident. One of my children was trapped in the rubbles, but the child was rescued. The rescued child has since sought medical attention, and he has been advised to go for an X-ray of the part of the head that was hit by a building block." 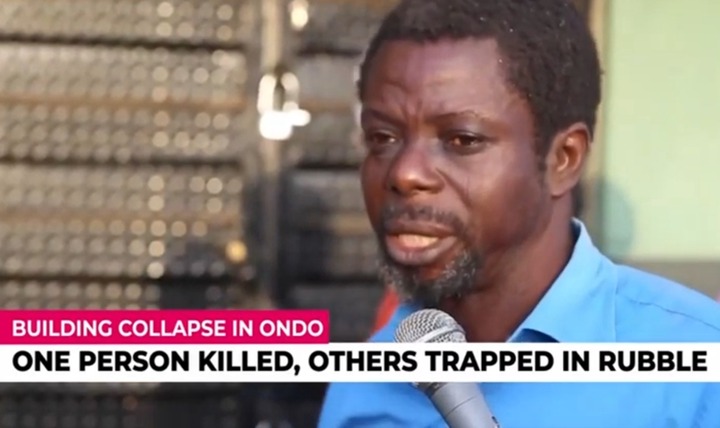 Narrating how his mother died, the man said, "I called friends and neighbours to help me rescue my mother, and she was rescued too, but she died. Our landlord had removed a demarcating wall in February, and I warned him of the risks involved in his action. The landlord had responded to my warning by telling me that this was not his first time doing such. The collapse resulted from that action."