By Socialmediajagaban (self media writer) | 22 days ago

Sahara reporters reported how a man who is identified as Unbreakable king Ottoman on Facebook, claimed that his sister died as a result of the sit at home order by IPOB

According to him, the IPOB’s order denied the deceased access to her usual dialysis session. 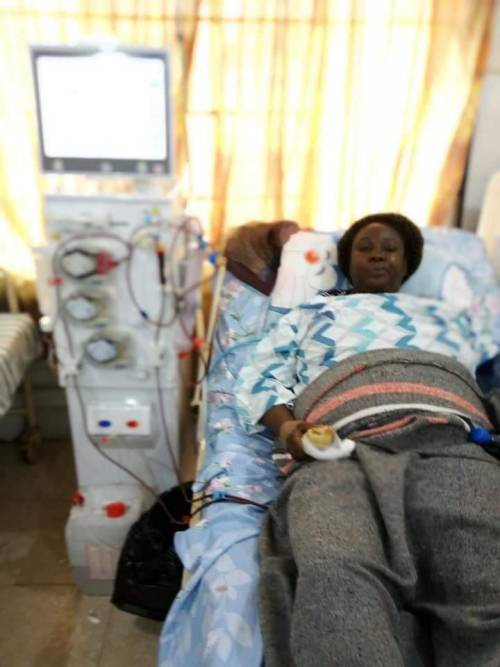 She died 7 days ago, after a protracted illness that lasted for over 18years, in which he has been in charge of since 2012.

She was diagnosed of a renal failure few weeks ago, but due to the the sit at home last Monday and Tuesday to commemorate victims of the invasion of the compound of its leader, Nnamdi Kanu at Afaraukwu Ibeku Umuahia, Abia State, She was denied access to her usual dialysis session and she eventually gave up the ghost. 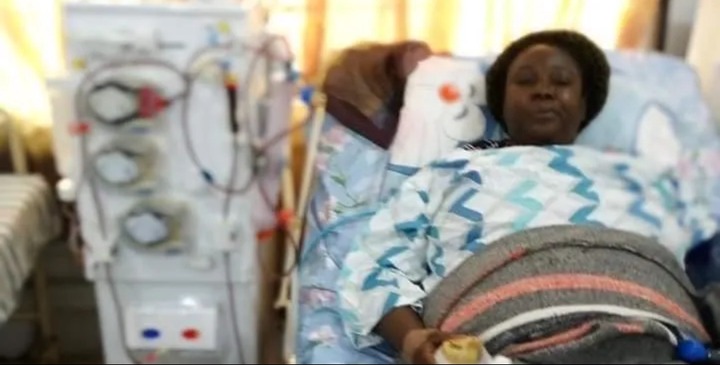 IPOB had initially ordered sit-at-home in the South-East every Monday, pending when their leader would be released, but later canceled it, saying the sit-at-home will only be observed on days Kanu is to appear in court.

However, some part of the south east still observe the sit at home, and the truth is that the order is having a negative effect on the Igbos more than those who enforced it, because aside businesses, banks, hospitals, e.t.c are also shutdown, should you have any reason to visit these places, you may not be able to.

It was just few days ago that some villagers in imo beat to death, a suspected IPOB member, who asked them to close their shops and go home due to sit at home. This is a sign that the Igbos are heavily affected by the order.

The Igbos need to ignore the sit at home and go about their businesses, so that they don't get more stories of this man who lost his sister, due to a situations that could have clearly been avoided. The truth is that, his sister would still be alive if she had her dialysis session.

What are you thoughts 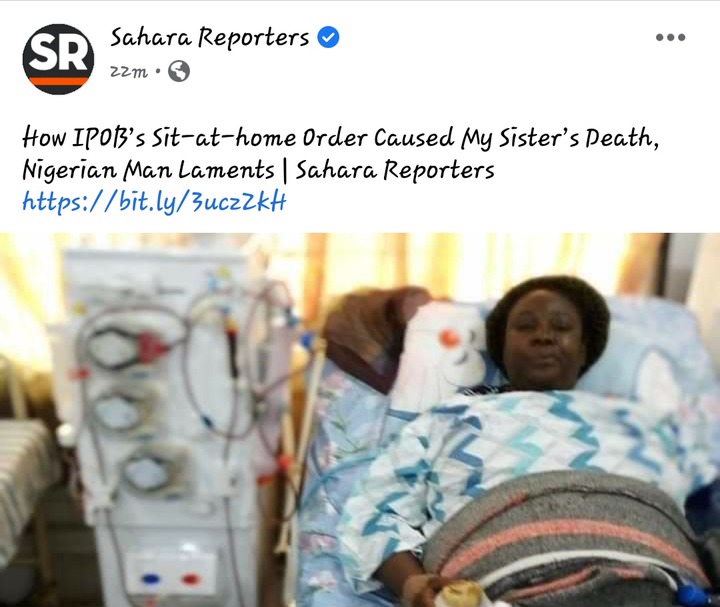