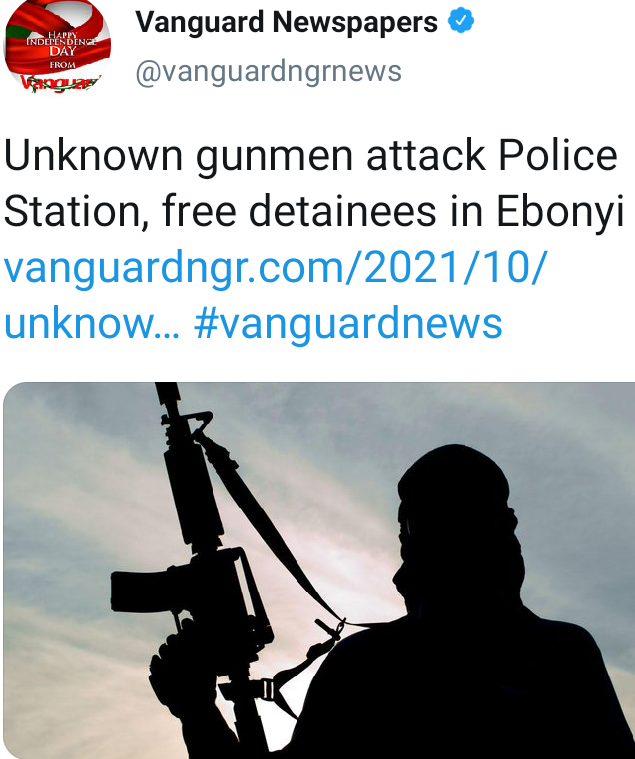 The suspects were said to have freed all the detainees within the custody of the Police.

Vanguard gathered that the gunmen stormed the station around 2am on Monday morning and shot sporadically before proceeding to release all the suspects in custody which local sources said are more than 30 in number. 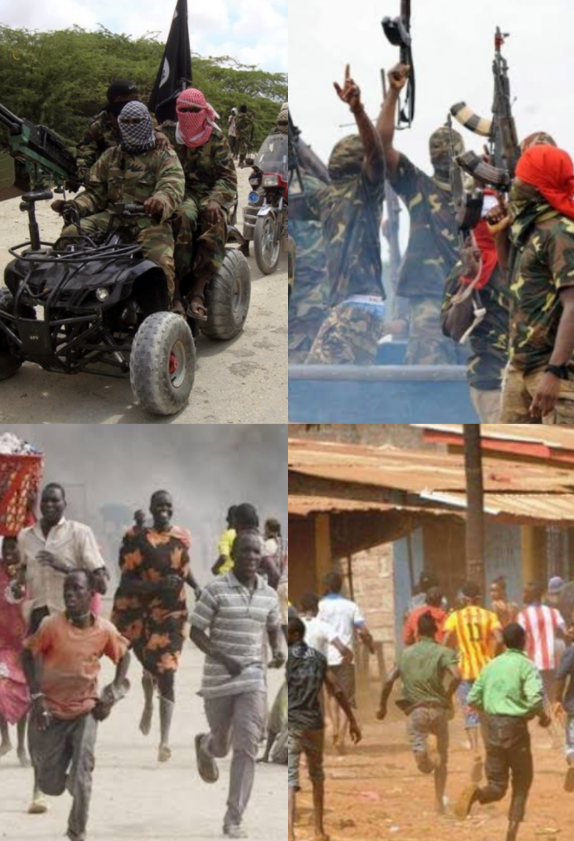 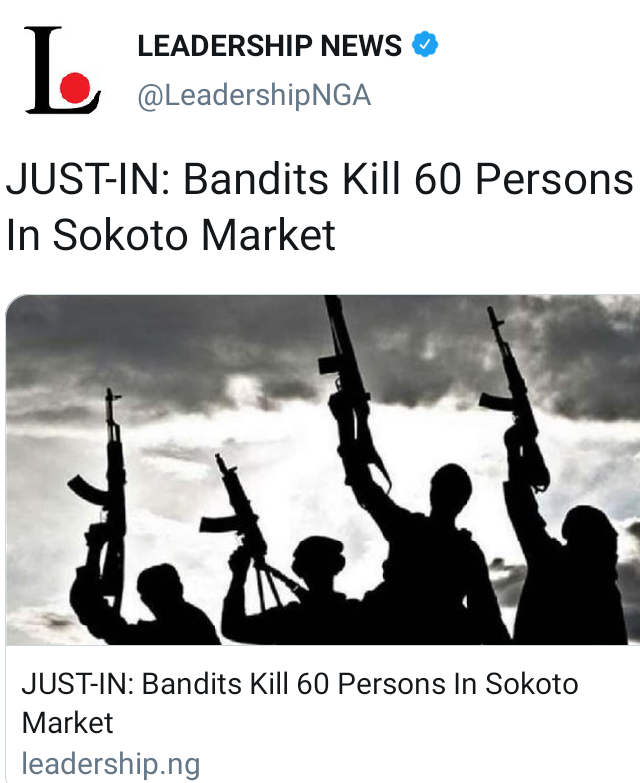 The bandits according to locals came in their large numbers using motorcycle and opened fire at any object on sight in the market on Sunday evening.

“This happened when people were already preparing to return to their homes,” a source said.

Though, there were conflicting reports on the total number of persons killed by the bandits, however some who escaped by the whiskers, said they suspected that no fewer than 60 persons must have been killed by the attackers.

Trader nabbed with 23 sacks of adulterated grains in Jigawa

Atrader with 23 sacks of adulterated grains in Babura Local Government Area of Jigawa has been sentenced to six months imprisonment with an option of N80,000 fine. 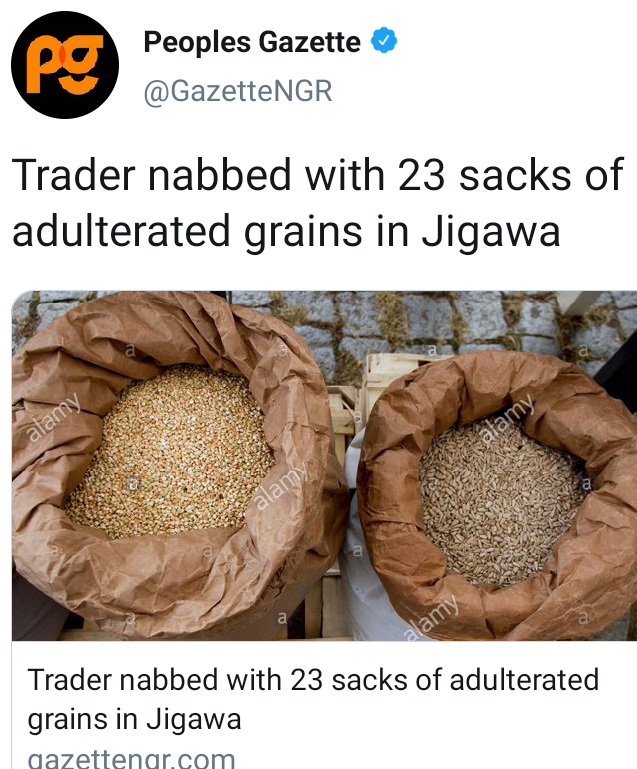 The chairman of the Jigawa State Consumer Protection Committee (CPC), Farouk Abdallah, said on Monday that the trader was apprehended in Babura market.

Mr Abdallah said the suspect, Nuhu Isyaku, from Dawakin Tofa Local Government Area of Kano, was arrested when the committee paid an unscheduled visit to the market on October 15.

Bandits Have No Flags Like Boko Haram, IPOB, They Are Simple Criminals— Buhari’s Minister, Lai Mohammed

The Minister of Information and Culture, Lai Mohammed has said the armed bandits terrorising North-West and some other parts of Northern Nigeria are common criminals. 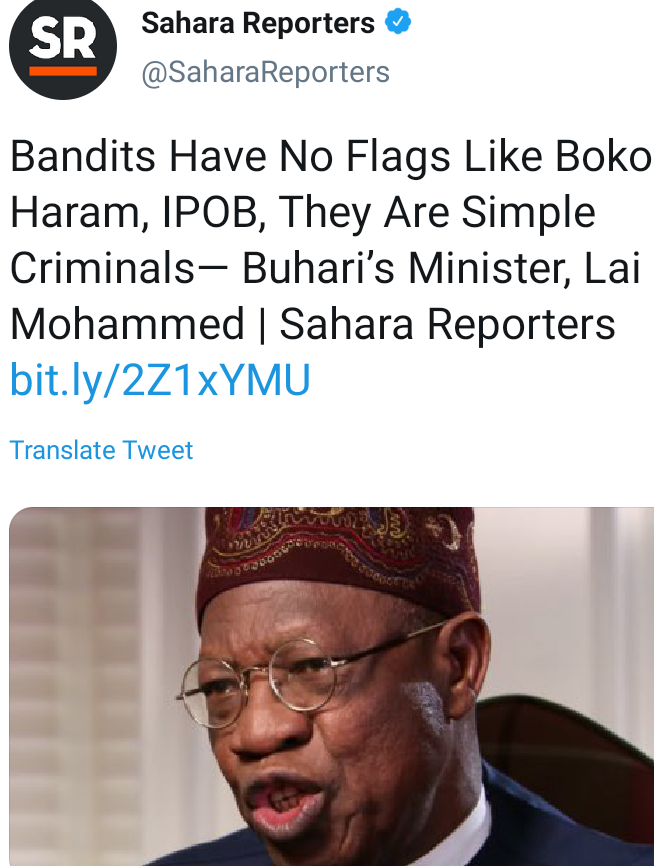 He said unlike Boko Haram and the Indigenous People of Biafra (IPOB) who have ideologies and flags, they are simpler criminals.

According to him, bandits are just common criminals who believe in Nigeria’s unity and sovereignty, unlike Boko Haram and IPOB.

The Minister made this known on Monday during an interview on TVC's 'This Morning' programme.

Mohammed, one of President Muhammadu Buhari’s ministers, therefore, noted that bandits should not be compared with Boko Haram insurgents and IPOB separatists because they cannot be attached to a religious or an ideological goal.

The governorship candidate of the Peoples Democratic Party (PDP) in the forthcoming election in Anambra State, Mr Valentine Ozigbo has called for the release of the leader of the Indigenous People of Biafra (IPOB), Nnamdi Kanu. 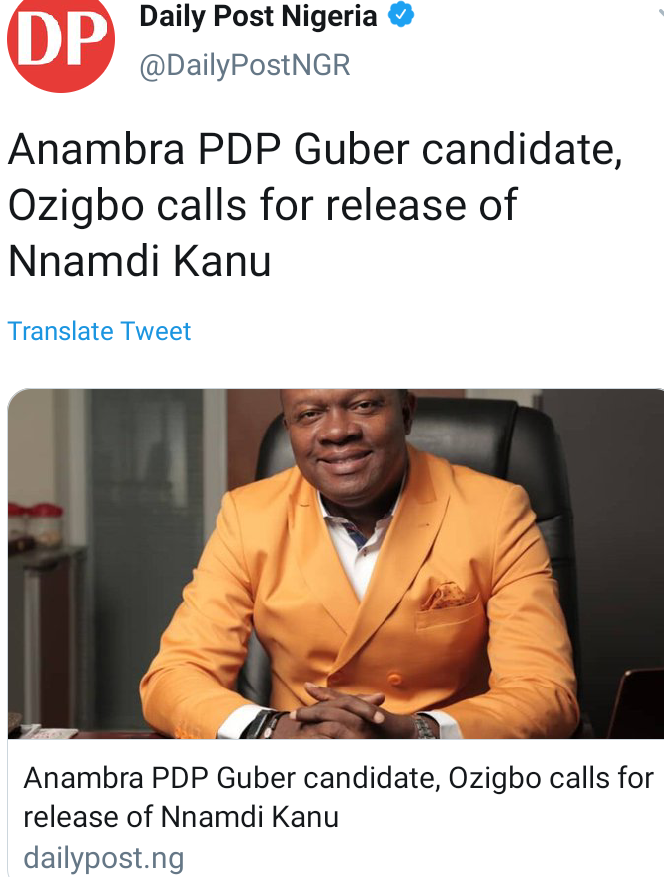 Ozigbo made the call when he spoke at the 2021 Anambra gubernatorial debate hosted by Anambra Broadcasting Service, (ABS) in Awka on Sunday.

Ozigbo said Kanu should be released by the APC-led federal government and that a non-violent and diplomatic means of addressing the calls for secession should be adopted.

Police Arrest Three Officers for Extortion of N25,000 from Traveller in Kogi

The Kogi State Police Command has arrested three police officers for extortion of N25,000 from a traveller after being physically assaulted by the officers. 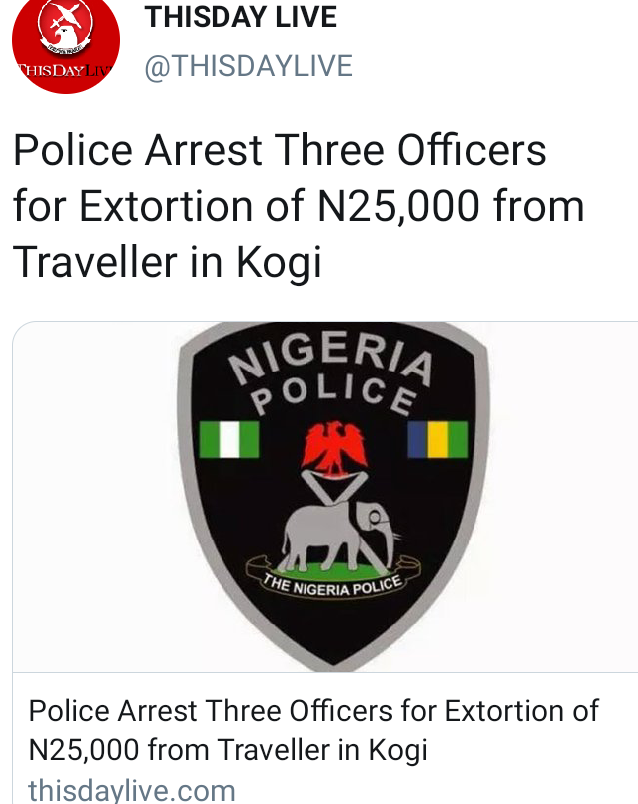 This was contained in press statement signed by the State Police Public Relation Officer( PPRO), William Aya, copy of which was made available to the journalists in Lokoja yesterday.

The Commissioner of Police (CP)Idrisu Dauda Danban disclosed that the suspects were arrested in connection with a trending video where Police personnel attached to Adogo Division, while on patrol duty along Adogo-Okene road, reportedly extorted the sum of N25,00 from a traveller while another was physically assaulted by one of the men in uniform.