Police Storm Criminals Hideout In Delta State, Check Out The Weapons Recovered From Them

By HeavenNews (self meida writer) | 29 days

On Monday, March 15, the Delta State Police command seized many live rounds of ammunition from a criminal hideout in Delta State. 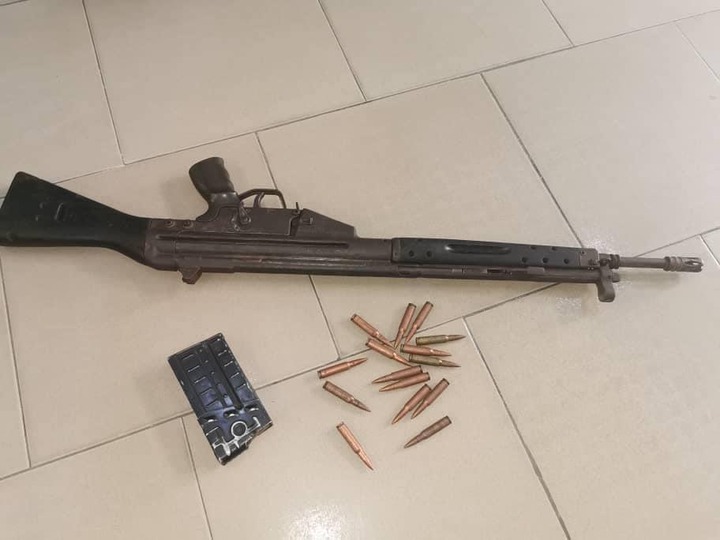 Based on intelligence, the Divisional Police Command recovered serviceable G 3 rifles with serial numbers ET77645 and fifteen (15) rounds of live ammunition behind an unfinished building used as a worship center on the Warri/Sapele road by the garage opposite Wema Bank, which had been used by suspected criminals to carry out their nefarious activities.

According to Edafe Bright, the State's Police PRO, a manhunt for the offenders has started with the aim of apprehending them and bringing them to justice.

An angry mob also lynched a suspected robber in Mccaiver road, Warri, around 2 p.m. on Monday.

One of the suspects, Ola Tuoyo, who is currently receiving medical attention, confessed to being a member of the robbery syndicate that infiltrated Mccaiver Road that night.

On the same day, around 10.21 a.m. on Sunday, March 14, the police command attached to the Ovwian Aladja Divisional patrol team arrested some hoodlums in the area.

They were apprehended after a patrolling police team spotted the hoodlums and engaged them in a gunfight, causing the hoodlums to flee into a nearby forest with gunshot wounds.

A locally manufactured weapon with a live ammunition bag was discarded by the hoodlums. The exhibits were recovered, and the police have launched a manhunt for the escaping suspects.

On March 13, security operatives in Delta raided a bush in Obogba village, Okapanam, where a new affiliate of the Aye confraternity was being launched, arresting 16 suspects. The security agents also confiscated a Toyota Camry vehicle. 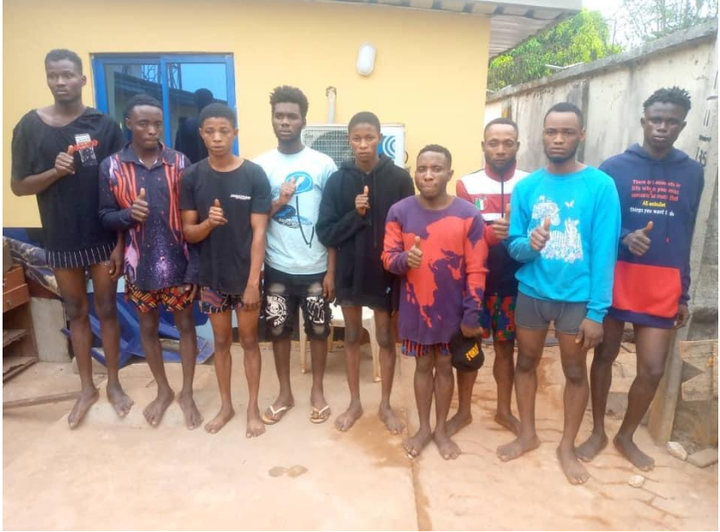 On March 9, 2021, security operatives on patrol arrested Precious Abia Azubule, who had fled from the Warri Correctional Center during the EndSARS protest on October 22.

The defendant was sentenced to 14 years in prison after being arraigned in a Magistrate court.

Nnenna lives in Enugu with her husband, she was arrested after she poisoned her 3 years old stepson

"Zaria" Is Currently Trending Number 1 On Twitter With Over 2k Tweets, See Why This Is Happening