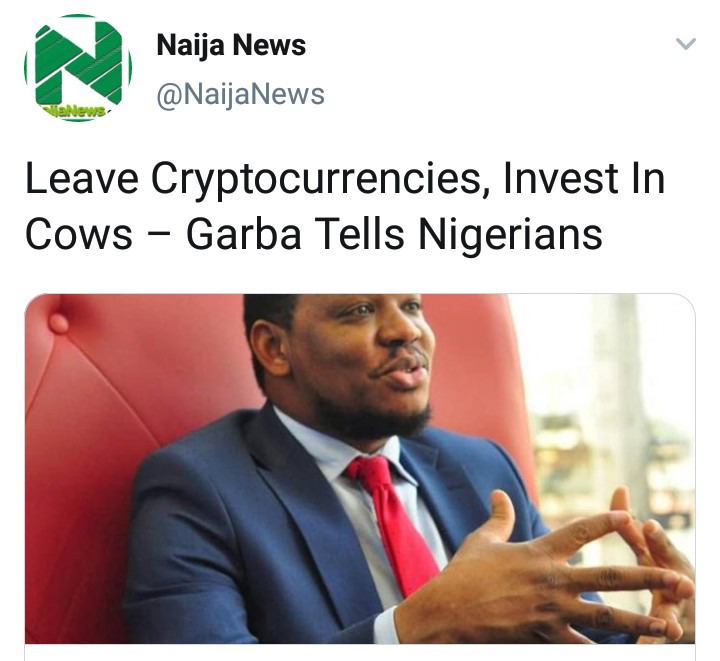 Now in reaction to the order by the CBN, a former presidential candidate and chieftain of the All Progressives Congress (APC), Adamu Garba in a series of tweets from his Twitter account, supported the decision of the CBN and has urged Nigerians to move away from investing in cryptocurrencies and look inward by investing in cows, Naija News reports. 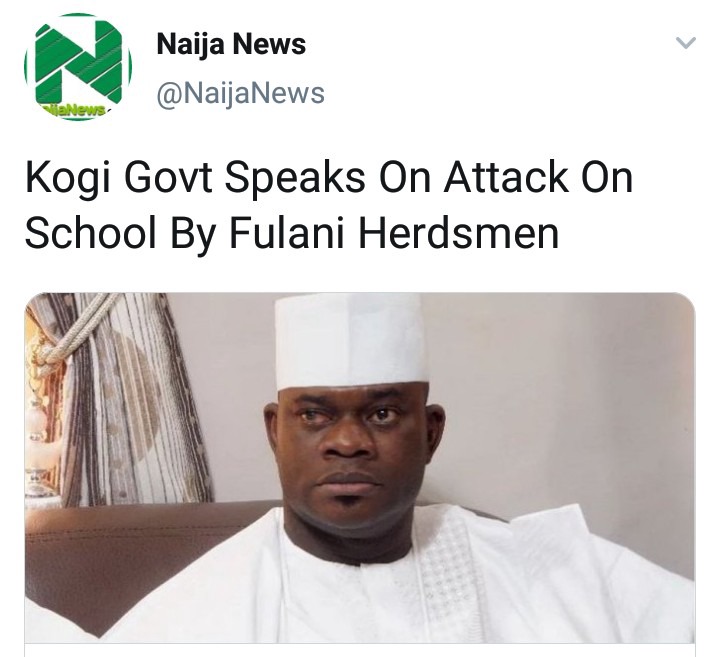 According to Naija News, the Kogi State Government has denied media reports that Fulani herdsmen invaded and burn down Government Secondary School, Iluke-Bunu.

The Commissioner for Information and Communications, Kingsley Fanwo, released a statement on Friday to say that nothing of such happened in the state.

Fanwo also urged Nigerians to be careful and mindful of fake news and videos, saying such baseless speculation could spark tension on the state. 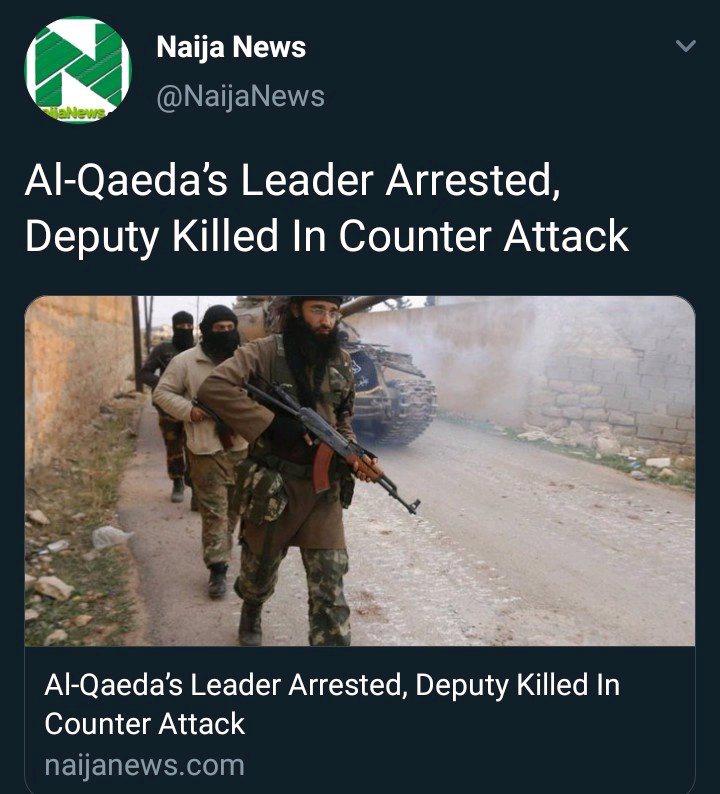 In a news report by Naija News, the United Nations has claimed to have arrested the leader of Al-Qaeda and killed his deputy in a counter attack.

In the report, journalists were told that the leader of Al-Qaeda in Yemen, Khalid Batarfi has been arrested and he is in custody, while his deputy, Saad Atef Al-Awlagi was shot dead. 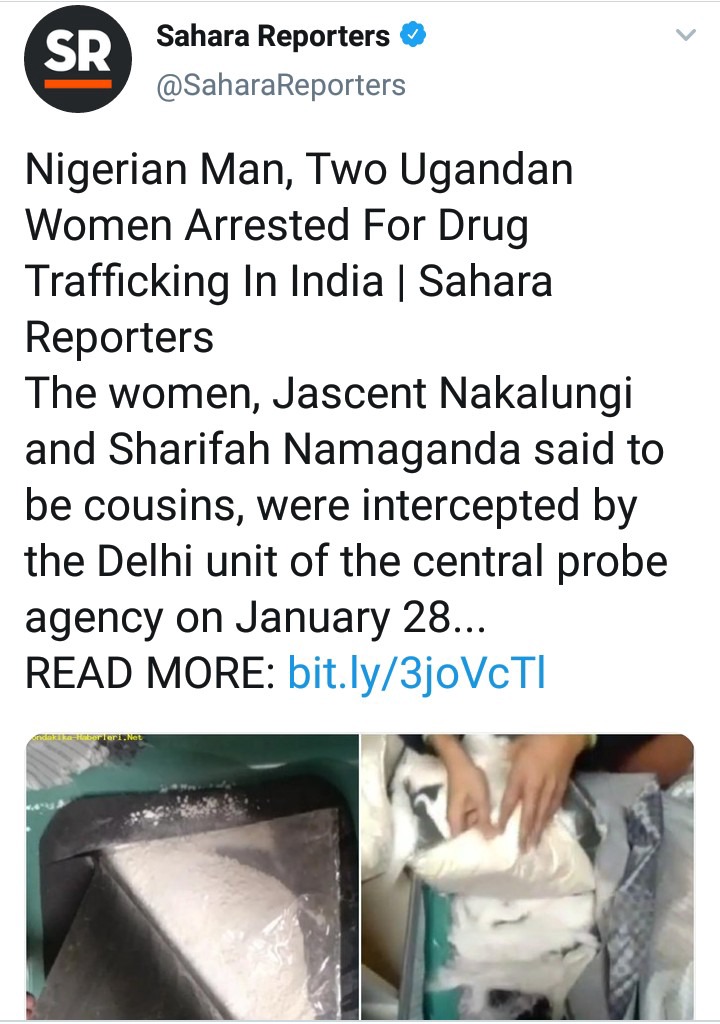 According to SaharaReporters, a Nigerian man, identified as Kingsley, and two Ugandan women have been arrested with nine kilograms of narcotics in India. The country's Narcotics Control Bureau (NCB) busted the smuggling network, according to a report by Outlook.

According to the reports the two women, Jascent Nakalungi and Sharifah Namaganda said to be cousins and were intercepted by the Delhi unit of the central probe agency on January 28 after they landed at the Indira Gandhi International Airport in India.

What do you have to say about Adamu Garba's suggestion? What is the minimal capital needed to start a cow business? Is cow business viable and accessible to low income earners? What may be the cause of drug trafficking by young Nigerians? Tell us your opinions in the comment session.

arik air check in burna boy bet awards lautech news perrie edwards public holidays in nigeria 2020
Opera News is a free to use platform and the views and opinions expressed herein are solely those of the author and do not represent, reflect or express the views of Opera News. Any/all written content and images displayed are provided by the blogger/author, appear herein as submitted by the blogger/author and are unedited by Opera News. Opera News does not consent to nor does it condone the posting of any content that violates the rights (including the copyrights) of any third party, nor content that may malign, inter alia, any religion, ethnic group, organization, gender, company, or individual. Opera News furthermore does not condone the use of our platform for the purposes encouraging/endorsing hate speech, violation of human rights and/or utterances of a defamatory nature. If the content contained herein violates any of your rights, including those of copyright, and/or violates any the above mentioned factors, you are requested to immediately notify us using via the following email address operanews-external(at)opera.com and/or report the article using the available reporting functionality built into our Platform 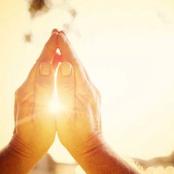 Declare These Prayers For God's intervention 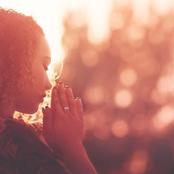 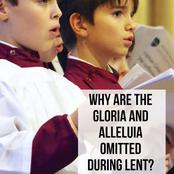 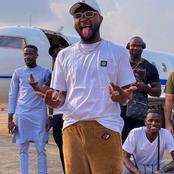 Barcelona's Strongest 5:3:2 Line Up Ahead Of Copa Del Rey Semi Final Against Sevilla 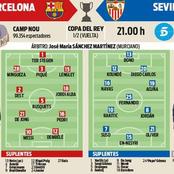 Opinion: How to maintain your interpersonal relationship 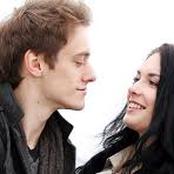 Not Tammy Abraham, See The Chelsea Player That Want To Try And Surpass Didier Drogba At The Club 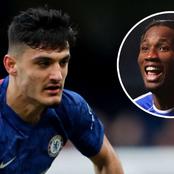 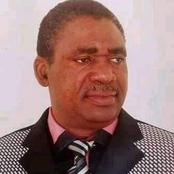 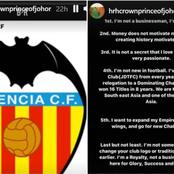 BBNaijaHighlights: Pictures of the housemates in day 2 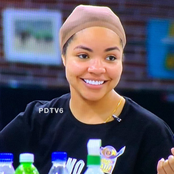