By DejiOgunsola (self meida writer) | 16 days

It is no more news that on Saturday 10th of April, 2021, the National Drug Law Enforcement Agency, popularly known as NAFDAC, conducted a search on passengers on Ethiopian airline going to Italy at the Muritala Muhammed International Airport in Lagos and in the process intercepted and referred one Chukwudi Destiny for scanning and the scan result proved positive to drug ingestion.

recall that After the scan result came out positive, Destiny was placed under excretion observation and in the process Destiny excreted 92 pellets of Heroin with a total weight of 1.300Kg.

The Muritala Muhammed International Airport Command for NDLEA, Ahmadu Garba, has said that on Monday, 12th of April 2021, during the inbound examination of consignments on an Ethiopian airline cargo flight from South Africa, NDLEA operatives at SAHCO import shed made a seizure of 11.550kg of Heroin, which was neatly packed in corn flakes cartons. 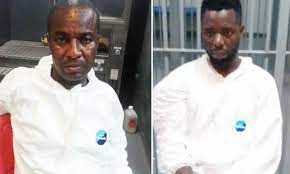 In the process of investigation, a Congolese named Kayembe Kamba Mazepy, was arrested to the effect of the seized 11.550Kg Heroin.

In the space of few days, DLEA, also reported a case on Friday 16th of April, 2021, of another trafficker, Ezekiel Chibuzo who arrived in Lagos from Brazil on Qatar airline, was also arrested for drug ingestion and he excreted 99 wraps of Cocaine.

This news was reported by Channels Television with the headline "Two Traffickers Excrete 1191 Pellets Of Cocaine, Heroin At Lagos Airport" 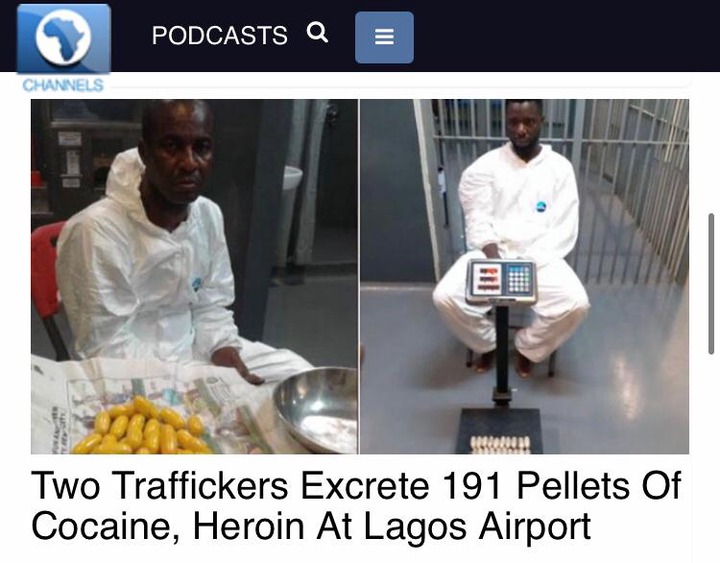 How to Identify Real Naira Notes from Counterfeit Notes

Dele Momodu Shares The Photo Of The Meal Ghanaian Chef Made, Declares It The Best.

Before You Sleep This Wednesday Night, Say This Short Prayer For God’s Protection Over Your Life