By Dabliz (self media writer) | 10 months ago 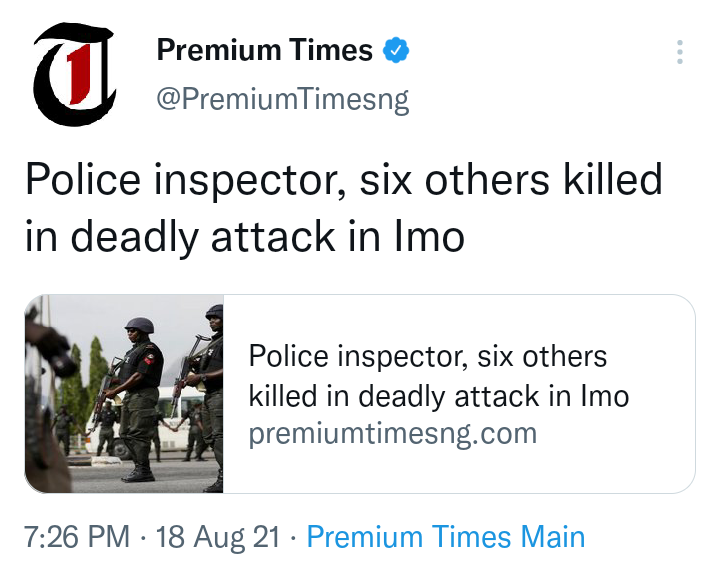 Seven people were killed in Imo State, Nigeria’s South-east, on Monday, when some gunmen ambushed a convoy transporting workers to a facility belonging to the Shell Petroleum Development Company of Nigeria.

Six of the victims were employed by a services company, Lee Engineering Company, which has a contract with Shell, according to Mike Abattam, the police spokesperson in Imo State, on Wednesday.

One of the victims was a police inspector who was providing security for the convoy. 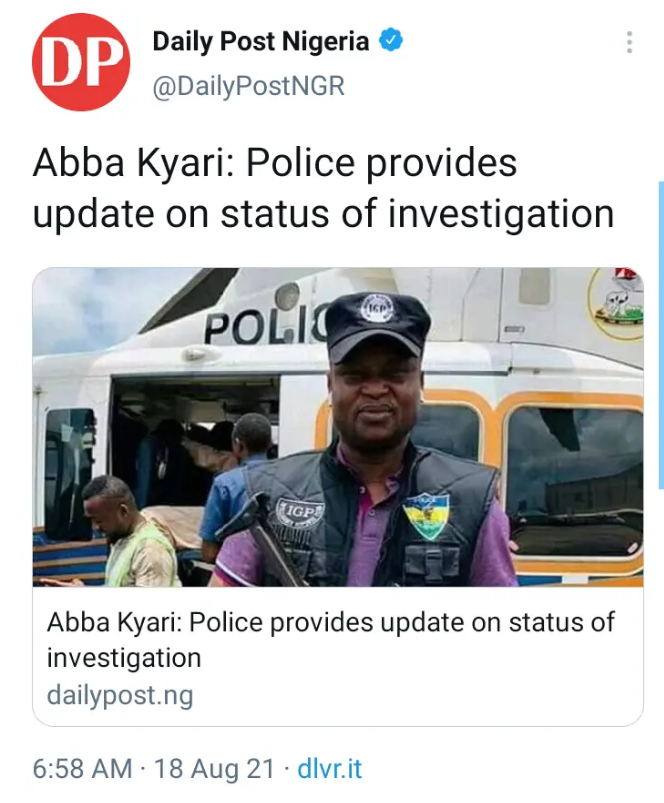 The Nigerian Police Force has dismissed reports that the investigation panel on DCP Abba Kyari has submitted its report.

According to the statement, the Nigeria Police Force informed the general public that the probe into the alleged indictment of DCP Abba Kyari by FBI is still ongoing. 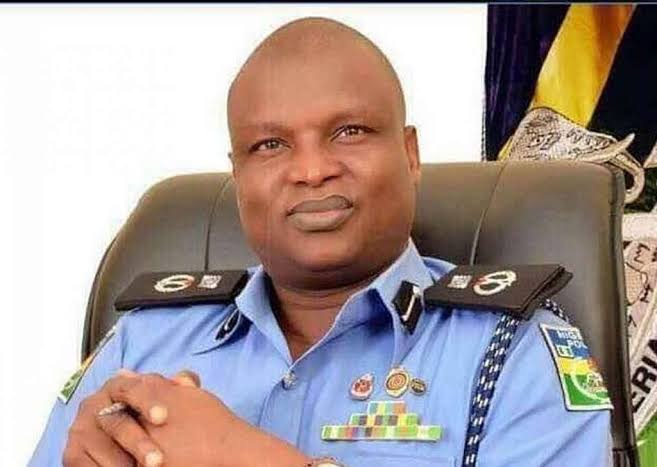 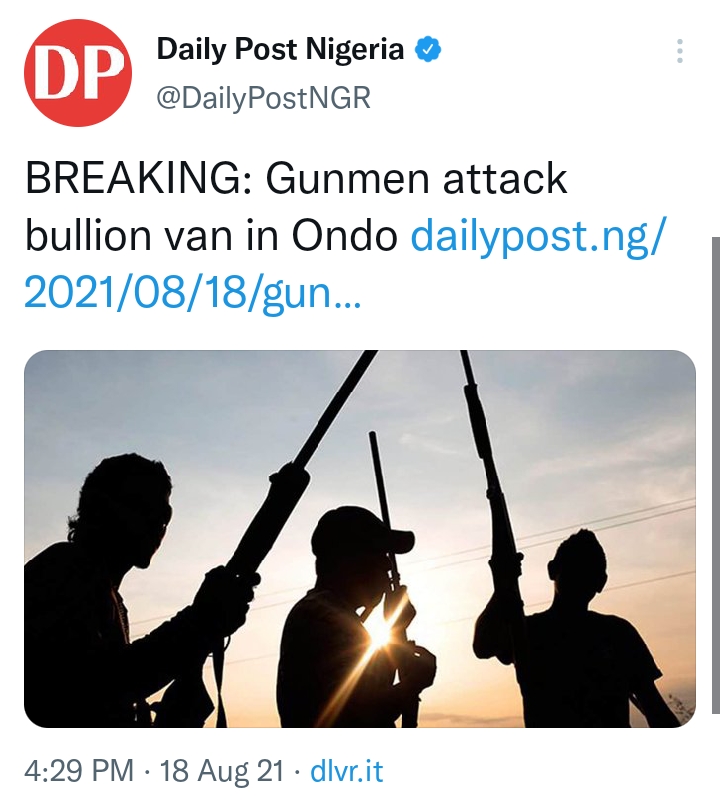 Gunmen suspected to be armed robbers have attacked a bullion van in Ondo State.

The bullion van belonging to a commercial bank was attacked at Emure-Ile junction, on Owo local government area of Ondo state.

With details of the attack still sketchy, the dare-devil robbers were said to have carried out the attack while the bullion van was on motion. 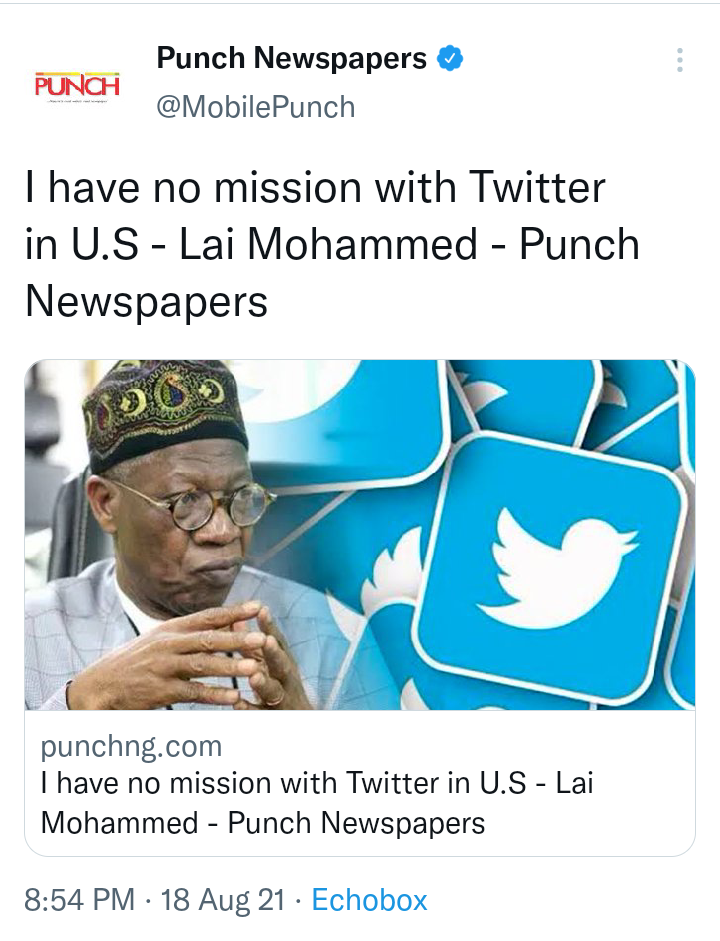 The Minister of Information and Culture, Alhaji Lai Mohammed, says the online media report that he sneaked out of Nigeria to meet with Twitter executive in the US is fake.

In an interview with the News Agency of Nigeria in Washington on Wednesday, the minister said his official visit to the U.S. has nothing to do with the microblogging and social networking platform. 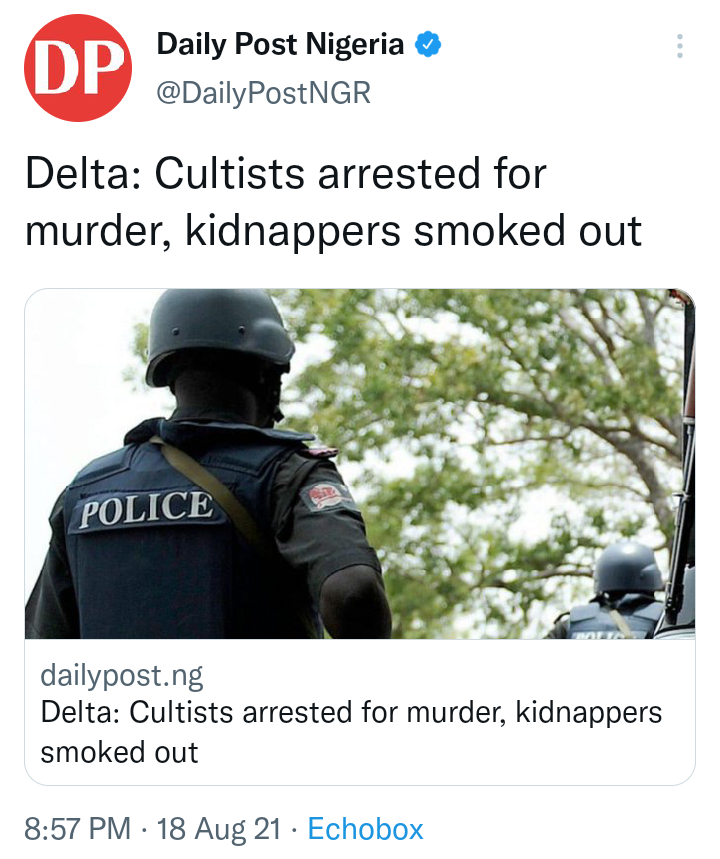 The arrest of the cult members followed a raid of Agidiese quarters by a combined team of tactical squad, Ogwashi-Uku patrol operatives and vigilantes.