By studio.opera.com (self media writer) | 10 months ago 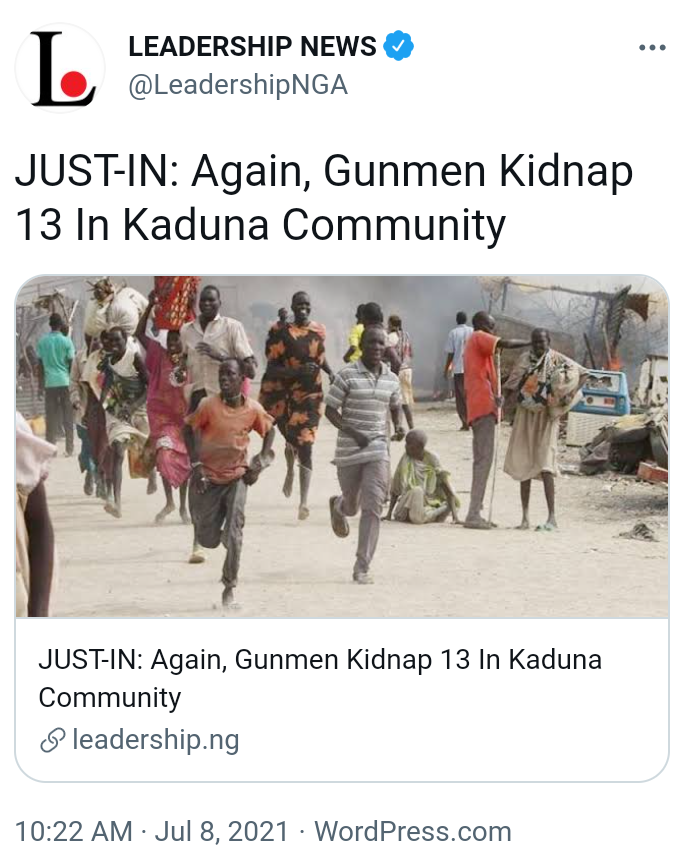 Again, no fewer than 13 persons have been kidnapped in Ungwan Gimbiya community of Sabo in Chikun local government area of Kaduna State.

The incident happened late Wednesday night at about 11pm.

It was gathered that about six persons including a landlord and his tenants were kidnapped from one house.

This is coming barely 48 hours after over 120 students of Bethel Baptist High School in Maraban Rido in the same LGA were abducted on Monday. 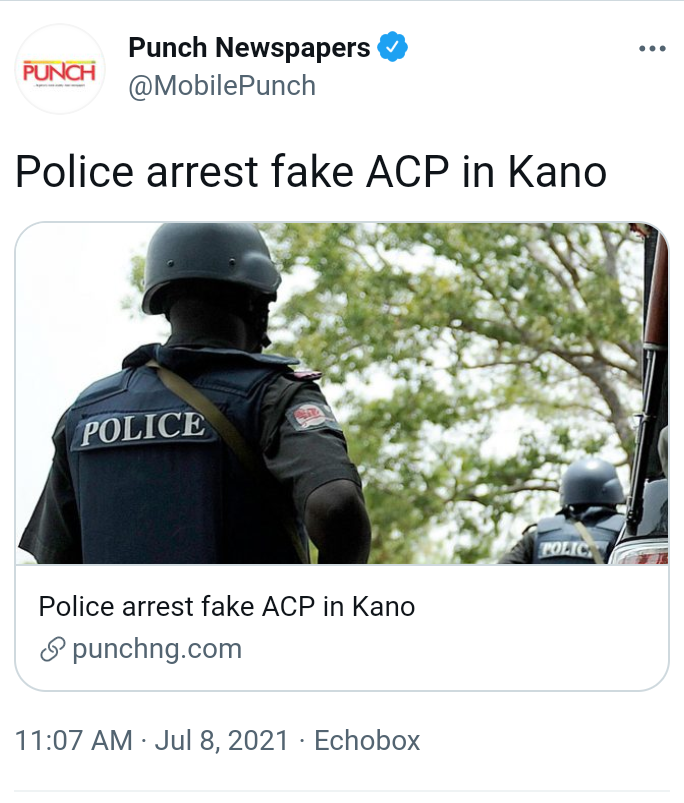 The Kano State Police Command has arrested a man parading himself as an Assistant Commissioner of Police at a hotel in Kano metropolis.

The man also has the rank ‘Squadron Commander’ against his name in a business card he handed to the hotel staff, Police said.

This was disclosed in a statement by the spokesman of Kano State Police Command, DSP Abdullahi Haruna, and issued to newsmen on Thursday.

Haruna said the suspect, one Mohammed Aliyu of Mariri Hotoro Quarters in Kano, was apprehended after he posed as an ACP at a hotel in Kano metropolis and requested for a room accommodation to lodge his guests who were coming from Kaduna.

“On the 02/07/2021 at about 1800hrs, credible information received revealed that one Mohammed Aliyu, ‘m’, 45 years old, of Hotoro Mariri Quarters Kano paraded himself as an Assistant Commissioner of Police at a hotel in Kano metropolis.

“He requested for a room accommodation in order to lodge some of his guests coming from Kaduna and other parts of the country, and that he wants a discount being a Superior Police Officer of the Rank of an ACP. 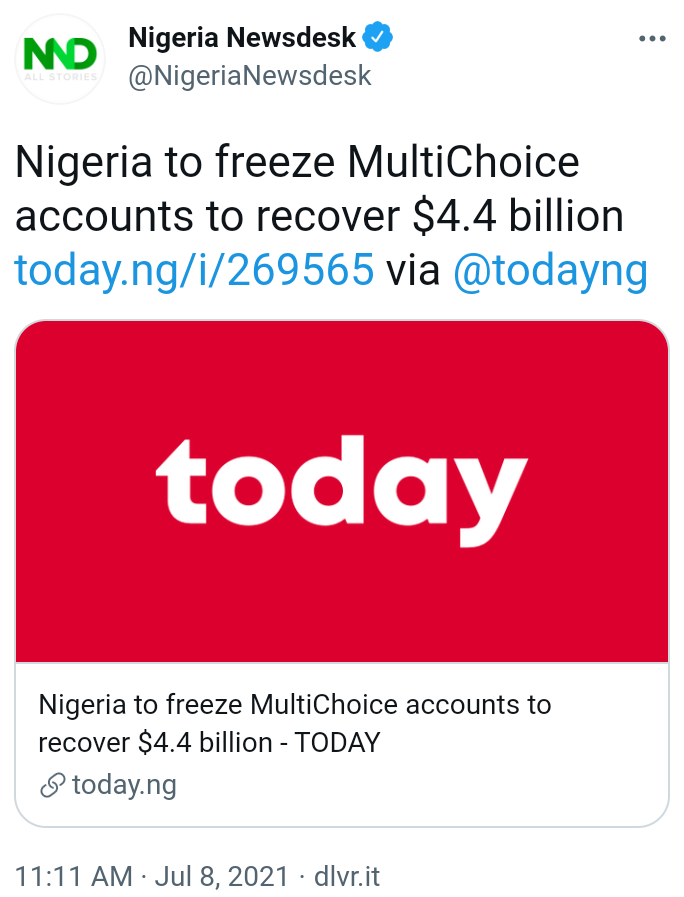 Nigeria’s revenue service said on Thursday it had instructed banks to freeze the accounts of media entertainment firm MultiChoice Africa and its Nigerian subsidiary for breaching agreements and denying access to their records for auditing.

The firms are part of South Africa-based MultiChoice Group, which provides television and other entertainment services across Africa.

The banks would have to recover 1.8 trillion naira ($4.4 billion) in outstanding tax obligations from MultiChoice Africa and MultiChoice Nigeria, Federal Inland Revenue Service (FIRS) said in a statement.

“It was discovered that the companies persistently breached all agreements and undertakings with the Service, they would not promptly respond to correspondences, they lacked data integrity and are not transparent as they continually deny FIRS access to their records,” FIRS said. 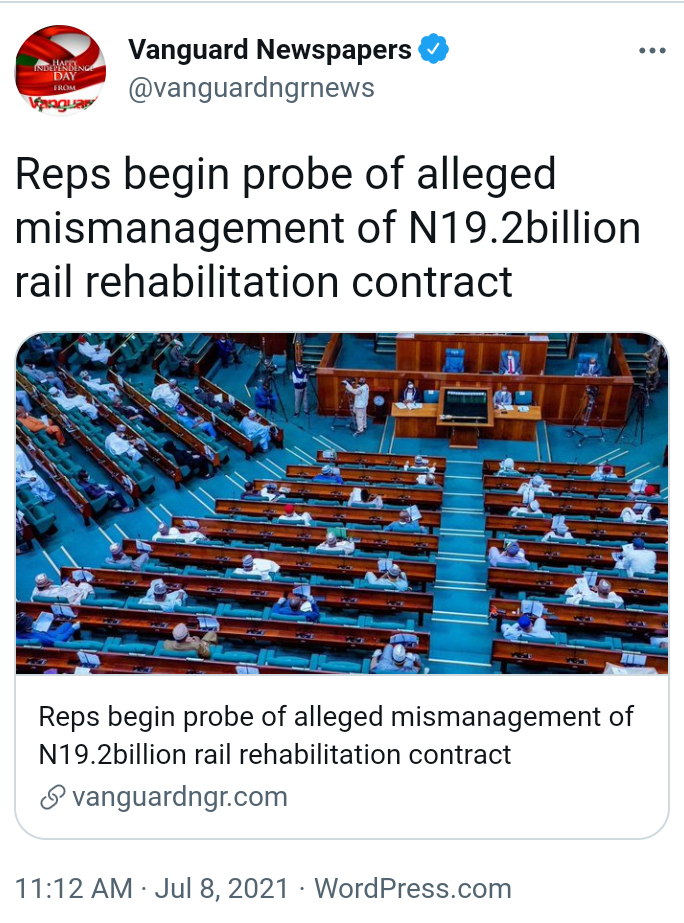 The House of Representatives has begun an enquiry into alleged mismanagement of over N19billion meant to rehabilitate railways in the country.

The House of Representatives on Tuesday , December 21, 2020, resolved to carry out a comprehensive investigation into a N19.2 billion Railway Rehabilitation contract awarded to Msrss ESER Contracting Industry Company Incorporated in 2011.

The House, also resolved to set up an adhoc committee, to immediately commence the investigation to uncover circumstances surrounding the non implementation of the said contract almost ten years after its award.

The resolution as contained in a motion of urgent public importance moved by the Minority Leader of the House, Ndudi Elumelu, notes that the contract was awarded to ESER, to rehabilitate the 463km Port Harcourt – Makurdi section of the Eastern Railway line for N19.2 billion in March . 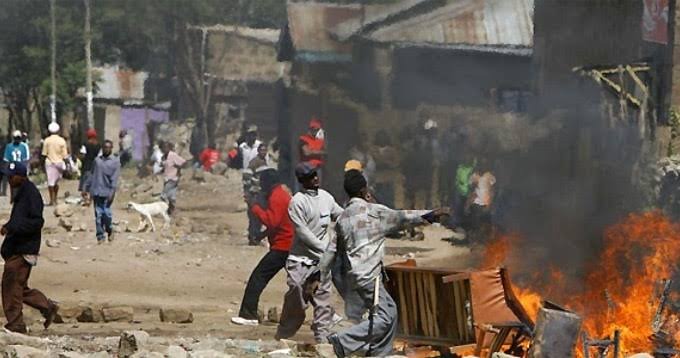