(Opinion) Revocation of land: Is Obaseki vengeful against Ize-iyamu?

By AuthenticAidokhai (self media writer) | 11 months ago 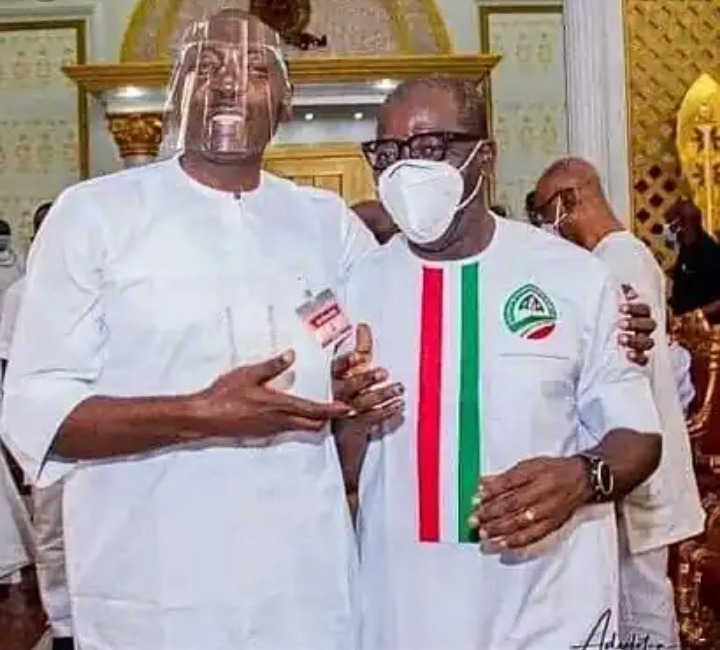 Yesterday, the 24th of July, I stumbled across a document which revoked a land purported to belong to Pastor Osagie Ize-iyamu. The document is from Edo Geographic Information. Mr Ize-iyamu was the main rival of Godwin Obaseki in the last governorship election. The pastor ran under the APC platform.

The letter read thus: ”I am directed to inform you that the Edo State Governor Mr Godwin Nogheghase Obaseki has formally revoked the statutory right on all that parcel of land measuring approximately 18.0736 hectares in Amagba Village area". 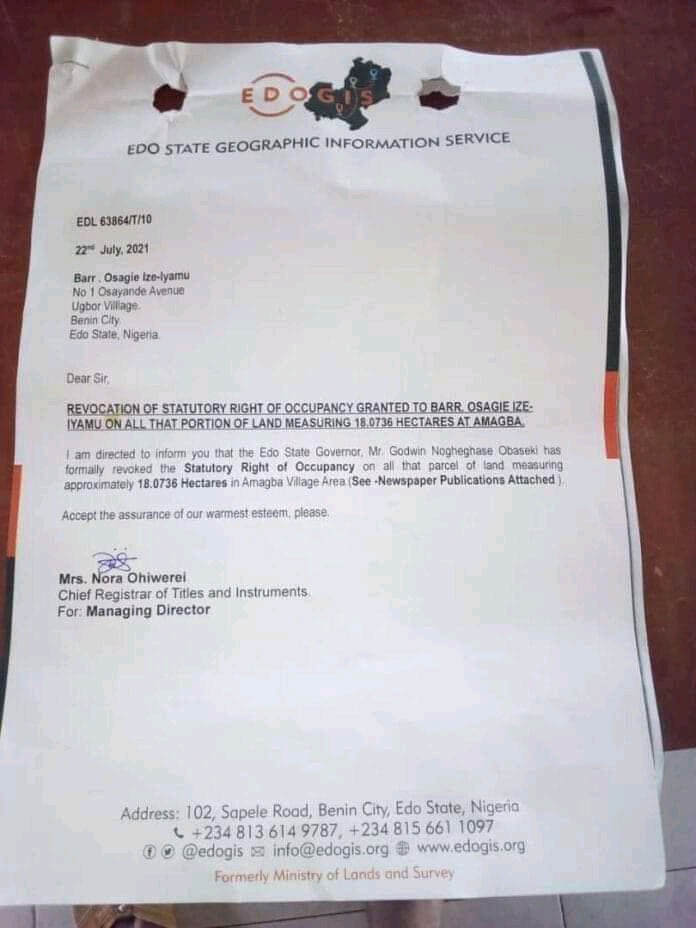 My immediate reaction was that it may just be the handiwork of mischievous people. I didn't take it seriously until I saw the story in major Nigerian newspapers like the Vanguard, Independent and so on.

The letter did not give details of why the government took the action. But expectedly, many social media (especially Facebook) users have taken to the medium to allege politics of bitterness and vengefulness on the part of the governor. They accused the governor of coming for Ize-iyamu because of politics. 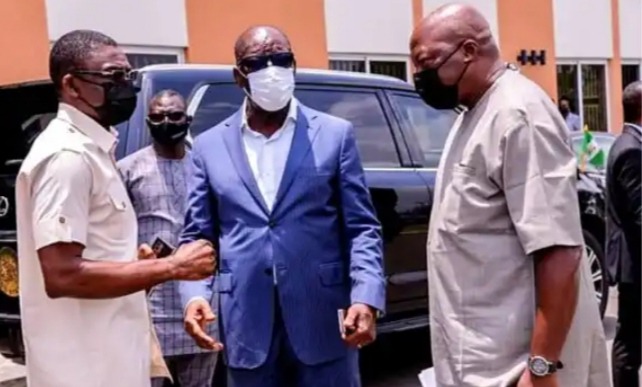 I am also tempted to toe that line of thought. According to the Vanguard report "lands owned by the former deputy governor of the state, Dr Pius Odubu, former Secretary to State Government (SSG) and the current members representing Owan Federal Constituency in the House of Representatives, Prof Julius Ihonvbere, sports enthusiast and marketer Mike Itemuagbo and others have been revoked by the governor and structures existing destroyed for what the government said is for public interest".

As far as I am concerned, the government has not given any satisfactory justification for the revocation for the Pastor's farmland. And the governor has not shown magnanimity in victory since he won re-election last year. The "public interest" claim by the governor is fluid. It is a concept that is subject to manipulation and abuse. And I suspect that may be what is playing out in Edo state now.

I advise the governor to thread with caution and not play politics with people's properties. It is also very important for him (the Governor) to be mindful that power is transient and that he may be called to account for his stewardship sonner than later. The time for electioneering is long over. It is time to move forward. We can play politics without bitterness in this country. The earlier we realize and start implementing that the better for us as people. 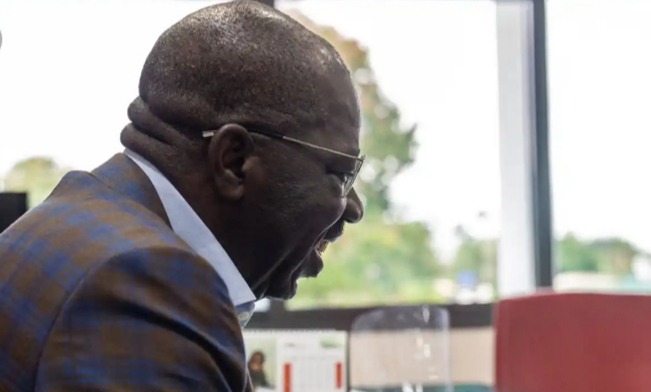 Lastly, whatever justification the Government of Edo State has for wanting to takeover Pastor Ize-iyamu's farmland, it must ensure due process of law is followed. The government must not heat up the polity needlessly. It must not be seen taking delight in oppressing opposition elements in the state. I would like think that the government is not been needlessly vengeful. That is not the right way to go in our dear state.